Darryn Pollock
The economy has shifted. It is now information-driven and far less commodity-driven, so what is the value of this new abstract commodity? 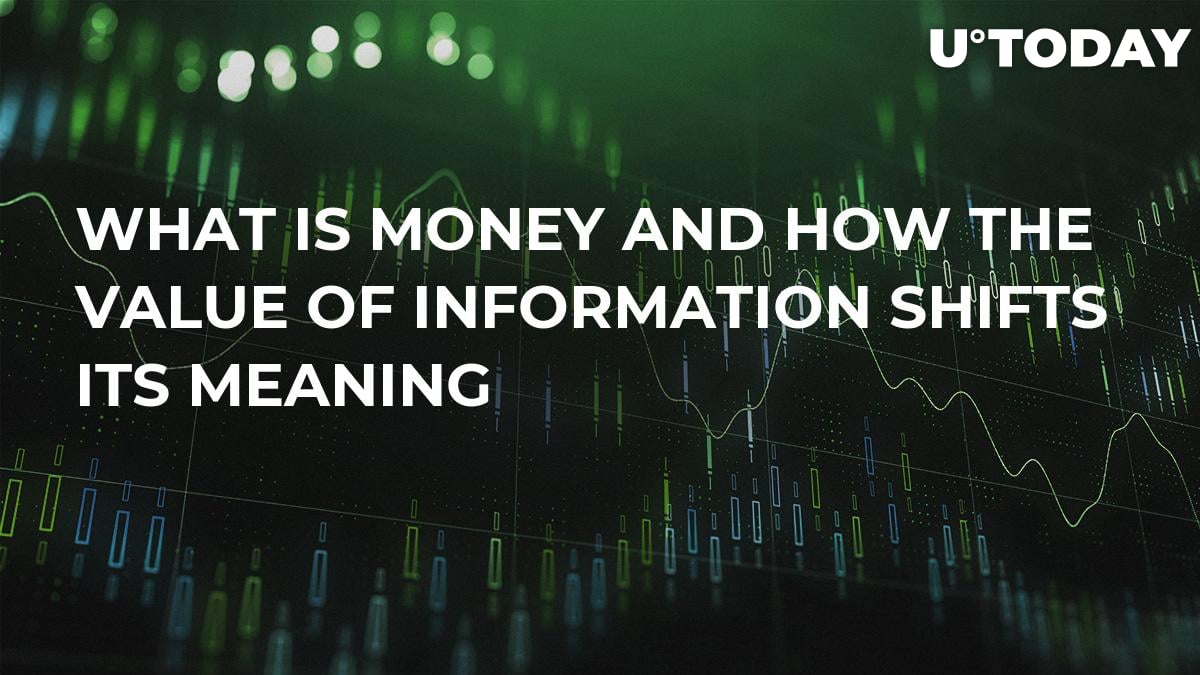 The global economy has come a long way and is continually evolving world moves forward, especially into this latest digital age. First, there was bartering and trade, and then came currency and commodities, but we are fast approaching an age where information is a currency and the Value of Information is a key metric.

But currency itself is still something that needs to be defined, especially in an age of cryptocurrencies which are exploring the very nature of what money actually is. Currency is something of a set value that is traded for something else.

What if that something else is information? And what if the currency being traded for that information is again more and different information? It sounds odd and nonsensical, but today’s economy is one that is verging on this principle of valuable information and Big Data.

However, the value of information is nothing new, it is a quantifiable equation that calculates the amount a decision maker would be willing to pay for information prior to making a decision. This is a management and business terminology, but that principle is fast becoming a fully digitalized economic one in today’s world.

The digital world that is growing around us has provided information about the prize, it is easily accessible, and it is extremely powerful when the right information is found and achieved. Thus, this new economy where individuals have information and want information in return is almost a return to the days of bartering.

The age-old value of information

David Bellin wrote, in 1993, about the importance of finding the value of information, and this was just at a time where databases were starting to make an appearance. He said:

“Information theorists have long struggled with the problem of establishing a mechanism for the valuation of the enigmatic substance of data. With the relatively recent advent of electronic databases, online access, and the importance of telecommunications, this question has received growing attention.”

Indeed, the idea of putting a value to information has been around for some time now, and as Bellin alludes too, has become an important question that needs to be asked in a continually digitalizing world.

The value of information is an amount that can be computed thusly: it is derived strictly following its definition as the monetary amount that is big enough to just offset the additional benefit of getting more information.

It points out that exchanging money, or something of value, for information, is firstly not ludicrous and secondly has a threshold that can be reached before it becomes a loss of value. And while some examples of this can be akin to something as simple as knowing the weather conditions before a vacation, it has evolved significantly.

We are entering a different age where commodities are not the be all and end all when it comes to trade and value. And, now more than ever, the Value of information is key.

“During the last several years it has been said that we are in the information age. Information Technology and information management have experienced tremendous growth. Digital information is available everywhere and anytime. For years consumers have clamored for more- and more useful- information.”

“Digital marketing is the fastest growing advertisement segment in recent years, taking the market share from traditional advertising segments, which have faced a steady decline for years. In general, business models built upon a premium payment are being replaced with business models based upon a freemium model.”

What Oestreich is starting to allude to is the value of big data, and how companies are starting to trade in information and data. Big Data refers to the study and applications of data sets that are so big and complex that traditional data-processing methods are inadequate to deal with them. But this large sets of data are hugely valuable and very sought after.

This data, in the case of online services and apps, has formed a new sort of economy based not on currency or money, but directly on data. For example, an app that shows the weather is now offering information to a consumer, but that consumer is trading data - of their location for starters.

Clearly then, the digitalization of information has made it a commodity, and as the digital revolution has advanced, systems have emerged to created an information-driven economy.

What is important is that the economy is moving from commodity-driven to information-driven. Information is of value and not just any information, but relevant Information.