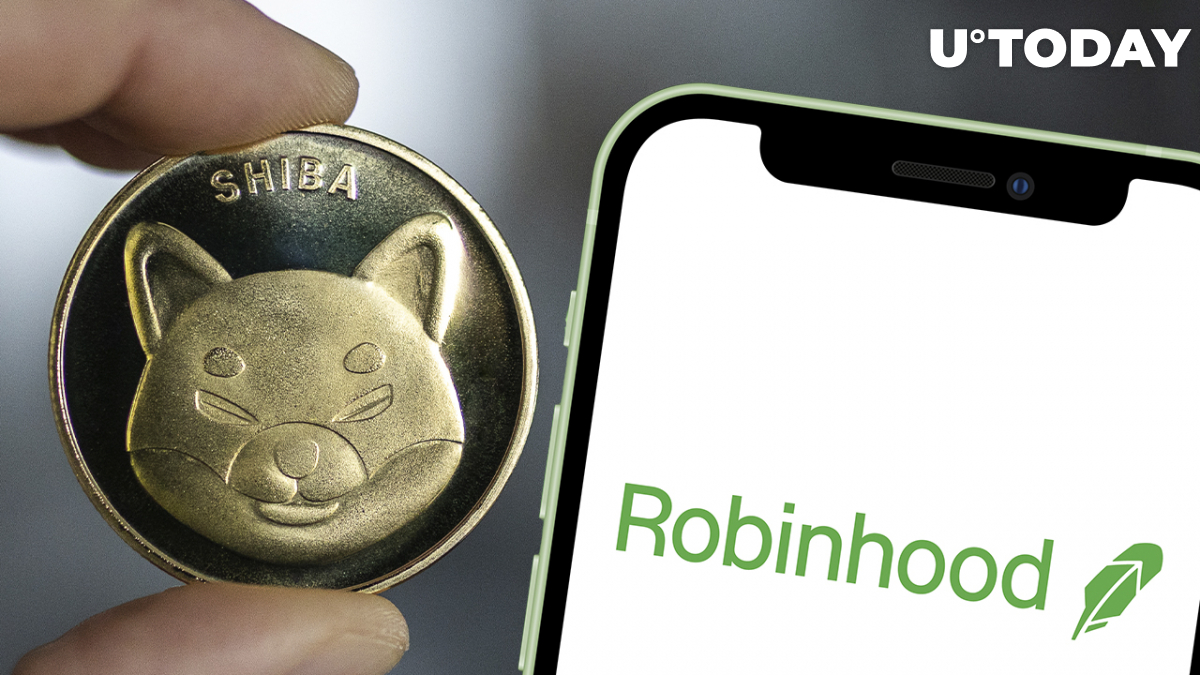 Shiba Inu (SHIB) has recovered recent losses, spiking more than 20% to an intraday high of $0.0000284. The meme coin is currently leading the modest recovery of the cryptocurrency market. Shiba Inu's recent price move comes amid the positive news of Robinhood listing and whale buys.

As covered by U.Today, meme cryptocurrency Shiba Inu appears to have been listed by commission-free investing app Robinhood, according to a listing bot. The meme coin now shows up on the official website, even though the company is yet to officially announce the new addition to its line-up.

The price of the SHIB token is up 26.39% on its daily chart as seen on the FTX exchange, after rebounding from lows of $0.0000219. The canine token had been the most-requested cryptocurrency among Robinhood users. A Change.org petition to list the whimsical cryptocurrency has reached 559,661 signatures.

Following the plunge back to local lows, one of the biggest whales on the Ethereum network grabbed a significant number of SHIB tokens, which potentially contributed to the current recovery of the asset. In the last 24 hours, over 392 billion SHIB have been grabbed by the top ETH whales, as blockchain data tracker WhaleStats reports three large SHIB transactions.