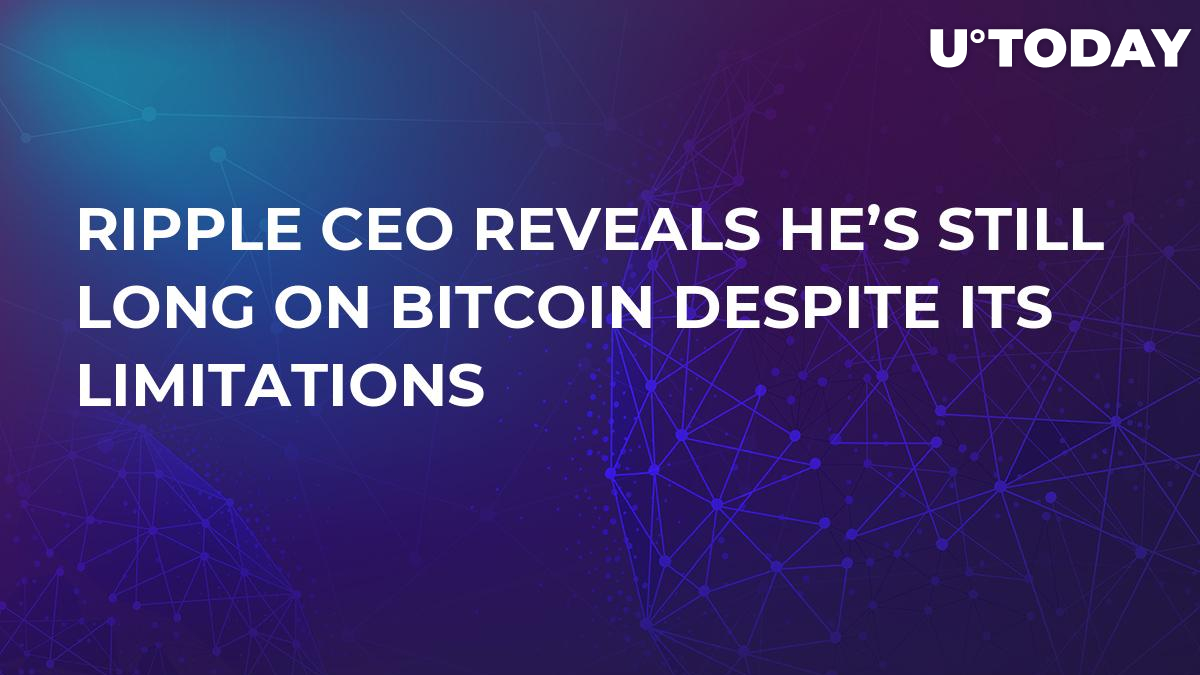 Ripple Brad Garlinghouse CEO has recently weighed on the future of Bitcoin and Ripple during a panel at the World Economic Forum in Davos.  Unlike his co-panelists, Garlinghouse is not a doomsayer who thinks that Bitcoin will become completely worthless in the nearest future.

“The long-term value of any digital asset will be derived from the utility that it delivers.” - @bgarlinghouse on the future of #blockchain and digital assets at @wef #wef19 #davos https://t.co/f4BlgSmlgd

Garlinghouse claims that utility is the key when it comes to defining the value of a certain asset. According to him, there are plenty of digital assets that do not have any real-world use cases. Speaking of Bitcoin, he admits that the Proof-of-Work (PoW) consensus algorithm has ‘significant limitations’, and a lot of people are trying to tackle this issue.


Related
Bitcoin Is Dead! For the 317th Time…
Nevertheless, he refuses to join the team of crypto haters who parrot that Bitcoin will eventually plunge to zero, stating that he’s still going long on the OG currency.

Ripple, according to Garlinghouse, trumps Bitcoin when it comes to scalability. He didn’t lie – XRP blows Bitcoin out of the water with 1,500 transactions per second (TPS). Bitcoin is only able to achieve 7 TPS, which many believe is the main hindrance to its widespread merchant adoption. Ripple is extremely low-cost and extremely fast, which makes its products (xCurrent, xRapid) fairly attractive for some of the world’s major banks. As U.Today reported earlier, the National Bank of Kuwait (NBK) recently introduced its new remittance service powered by RippleNet.