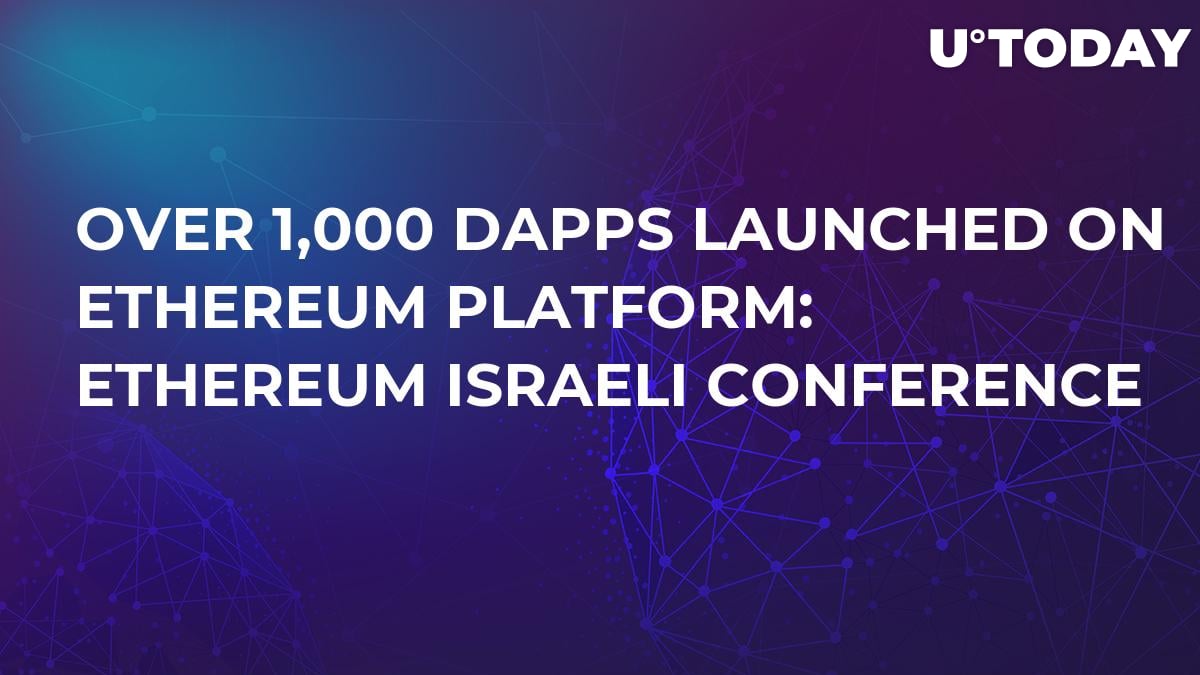 During the Ethereum conference that took place in Israel this week, a business analyst Christian Crowley made an interesting report. It says that over 1,000 decentralized apps (dApps) have been launched on the Ethereum (ETH) platform. Other issues to do with Blockchain overall were also discussed.

Crowley claims that more or less 100,000 new users join the ETH platform on a daily basis. Also, the report has it that the decentralized network performs around one mln transactions daily and there are almost 30 mln unique ETH addresses in existence.

Another speaker, the executive director of ConsenSys, Vanessa Grellet, spoke about the use of the distributed ledger technology to impact the society. She suggested people who survived the Holocaust as an example and said that Blockchain could provide a wonderful method to improve their lives in impoverished areas, as well as solve other urgent social problems.

However, the majority of new Blockchain projects do not have a long life-cycle. According to a report from Chinese analysts, only eight percent of new platforms in this area are still functioning. The others disappear in a year on average.

Coming back to Ethereum, despite its growing popularity and constantly widening user base, we, unfortunately, cannot see any major increase of its rate so far. But big things take a long time to spread their wings. With all the projects that Ethereum runs and its strong team of developers headed by Vitalik Buterin, one can bet that ETH will be a good bet in the long run.