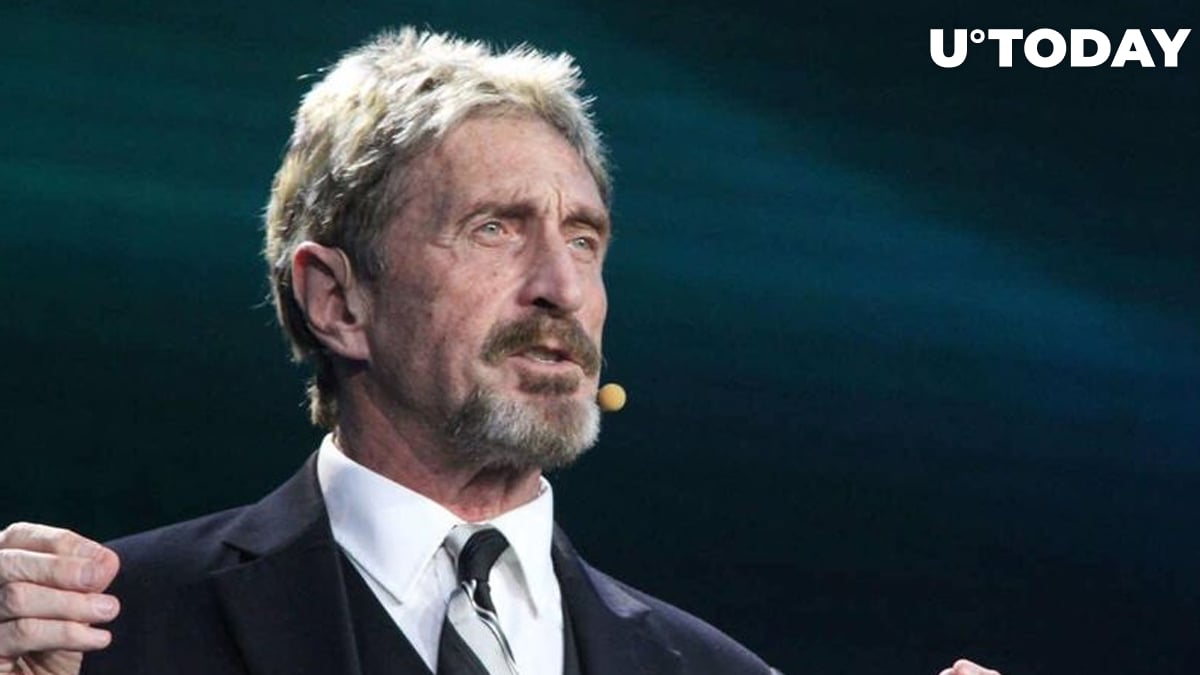 Crypto baron John McAfee, who has been awaiting trial and a possible extradition to the US in a Spanish prison since the fall 2020, and who has been charged with new crimes by the US Department of Justice (DOJ), has taken to Twitter to explain why the SEC charges against him are “overblown”.

He explained how he and his team chose coins for promoting on his Twitter page since 2017 until 2019.

According to him, they evaluated every coin building their judgement on the management team, business plans and potential the coin had. He adds that it was impossible to foresee the crash of the altcoins market.

Besides, McAfee claims that he was paid not in the USD but in the coins he was promoting – the ones that crashed later on.

And even when all those altcoins crashed, the antivirus pioneer continues, he never sold a single coin from those he received as payments.

The most famous cryptocurrency shilled by McAfee was Docademic (MTC), now ranked 1,320 on CoinmarketCap and trading at $ $0.002397.

My belief in the coins I promoted is exemplified by Docademic, the coin I promoted the most. Even as it crashed I held every single coin allocated to me. I never sold a single coin. I believed in the company to the very end.

As reported by U.Today on Friday, the imprisoned father of antivirus, McAfee, is facing new federal charges from the US Department of Justice.

Now he has charges of money laundering, securities fraud and wire fraud on his plate.

The press release published by the US DOJ stated that McAfee used two types of fraudulent schemes. The first one was him pumping and dumping single coins on his Twitter account.

The second was promotion of initial coin offerings rewarded by hidden compensations paid in those very coins from ICOs.