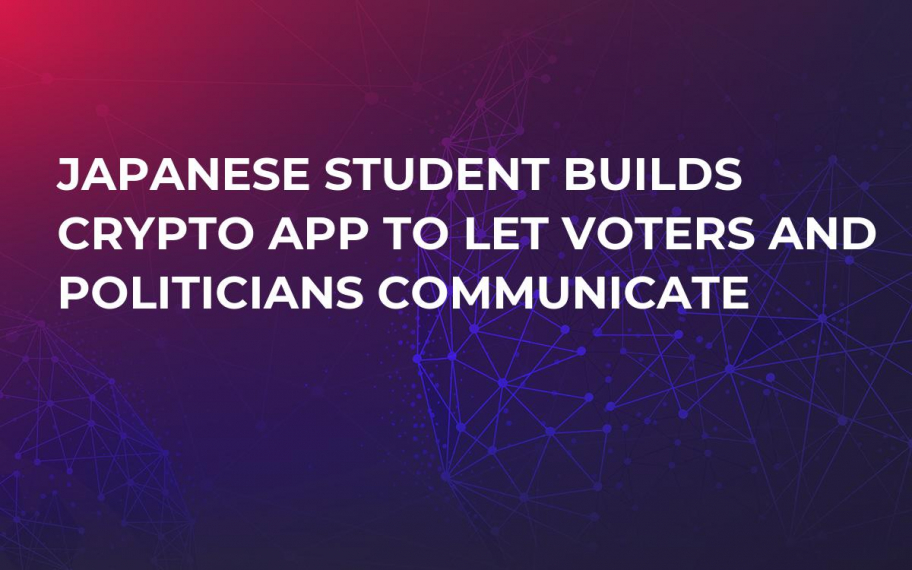 The guy’s name is Kazuma Ito and he is the 19-year-old CEO of his own PoliPoli Inc. company. His goal, when creating the same-name app, was to get voters and election candidates to talk to each other.

Ito is not much into politics himself, as he told the journalists, but he reckons that the way politics works has to be changed. He believes that politicians must solve social issues.

When first launched for the election of a mayor in the Ichikawa city, the prototype of the app contained social accounts of the five candidates and offered boards on which voters were able to ask them about various things directly.

Back then, the app received 1,000 downloads. Thus, the app and its team managed to attract much of attention. Later on, some more important people came to use it.

Kazuma Ito plans to upgrade his application and implement tokens to be given away as rewards for posting comments that will be “liked” by other participants, for rating comments left by other users and for filling in forms with questions.

Politicians who join the app and get the majority of “likes” from users will also be entitled to the tokens. Those users who post offensive comments or just start trolling others will not get any Polin tokens. The company plans to start spreading the tokens in early autumn 2018 ahead of the governmental elections due in 2019.

The final goal of the startup is to let users transact their coins to the election candidates that appear on the app. As soon as election candidates get enough Polin tokens from their supporters, they will get an option to buy data about voters that PoliPoli collects. This users’ data can be implemented for making up their political and election strategies.

After Polin tokens grow in demand and popularity and gain enough liquidity, the startup intends to list the coins on crypto exchanges and let them be used as digital currency in financial operations.