May Mining Cryptocurrency Damage My GPU?

Alex Dovbnya
Efficient mining requires permanently running GPUs at full power, so miners are obviously curious whether it can damage the card’s performance 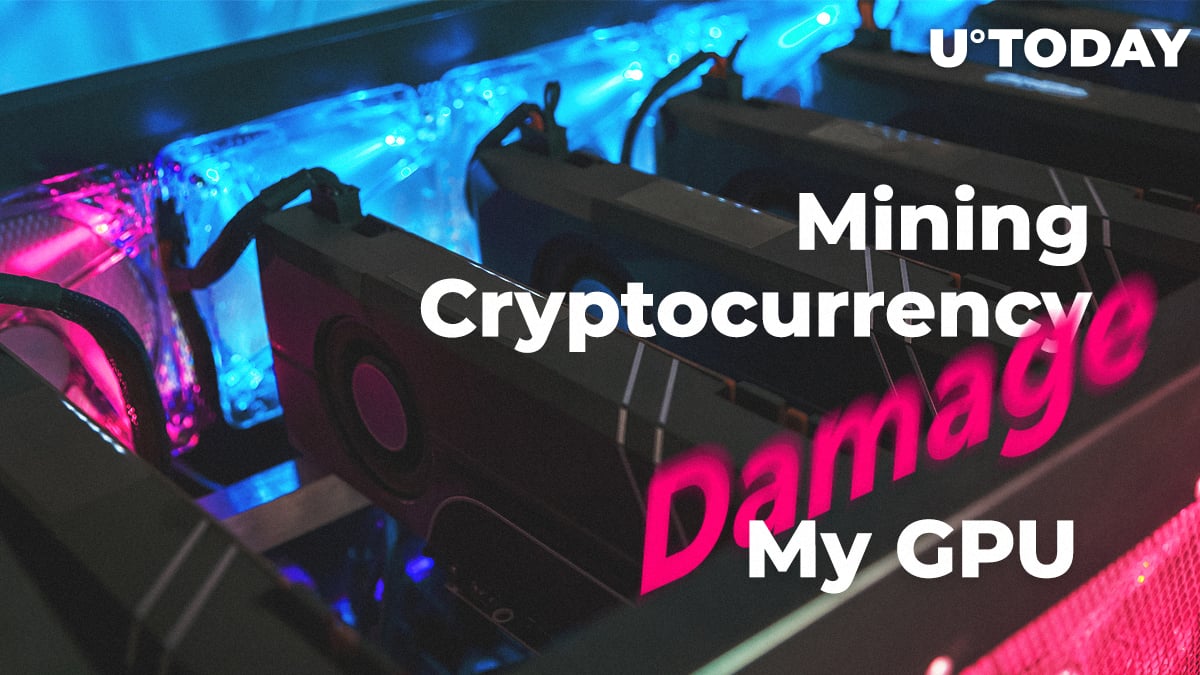 Despite the rising popularity of ASIC chips, which even managed to elbow Nvidia out of the crypto market, GPU mining remains fairly popular, especially with regard to altcoins. However, there are still many doubts about whether mining puts a graphics card at risk.

There is a common belief that hardware becomes disposable after a certain period of time. However, there is no evidence to prove that long-term use at full load will affect the lifespan of a graphics card. GPUs are usually replaced because they are no longer efficient.

Does mining damage your GPU? Short answer – no, but only if you use it properly. Some miners tend to run graphics cards at full power without proper ventilation, especially when it comes to large mining rigs. Eventually, it leads to overheating. Among other things that can damage the card one can mention overclocking and physical damage. Therefore, it is important to understand how to prolong the life of your graphics card.

High temperature temps to be the main GPU killer, so it is important to know how to avoid overheating. GPUs normally have a high level of heat tolerance, reaching 80C range or even higher, but we still recommend you to constantly check the temperature of your graphics cards in order to see how hot it gets.

Here’s a table that vividly shows what mining temperature you should stick to (beware of the fact that different GPUs still have different safe ranges).

Fans can be a problem

It’s advisable to replace your mining fans that are usually running at the same rate since they are the only GPU component that tends to wear out pretty quick. If fans stop functioning properly, other GPU components are at risk as well.

What damage does mining cause your GPU?

If you do not want to bother with fans, you can also consider liquid cooling as a proper replacement.

Other ways to damage your GPU

Does Bitcoin mining damage your GPU? Plugging in a smaller gauge wire can actually cause an overdraw, which can potentially lead to the burning out of GPU. Even though this scenario is highly unlikely, there have been some cases when thermal throttling simply didn’t work. If you do not want your card to burn up, we also recommend lowering your power target.

Overclocking is an essential part of mining crypto. The good thing is that it cannot actually damage modern GPUs, since it has an inbuilt protection mechanism that shuts down the card every time you get the setting wrong. You have to actually try very hard in order to cause any physical damage to your card by overclocking since it doesn’t have even remotely the same impact on power draw and temperature as CPU clock.

As the price of crypto is falling and GPU mining becomes less profitable, there is an obvious question whether you should buy a used miner. Due to the fact that many miners sell off their graphics cards, their prices are quite reasonable.

If you buy a used miner, you have to choose a safe marketplace for these purposes. Both Amazon and eBay protect buyers from potential scams. There are plenty of miners out there who want to pass off burned out graphics cards as good. If the used GPU turns out to be broken, you can still get a refund and write a negative review.

On top of that, make sure to check:

So, how much damage does GPU mining cause your graphics card? As you can see, very little. However, you have to avoid high temperatures and make sure that you have proper power supply - there are the main precautionary measures to make sure that your GPU miner will be working seamlessly for years. In general, heat is the main concern when it comes to shortening your graphics card’s lifespan.