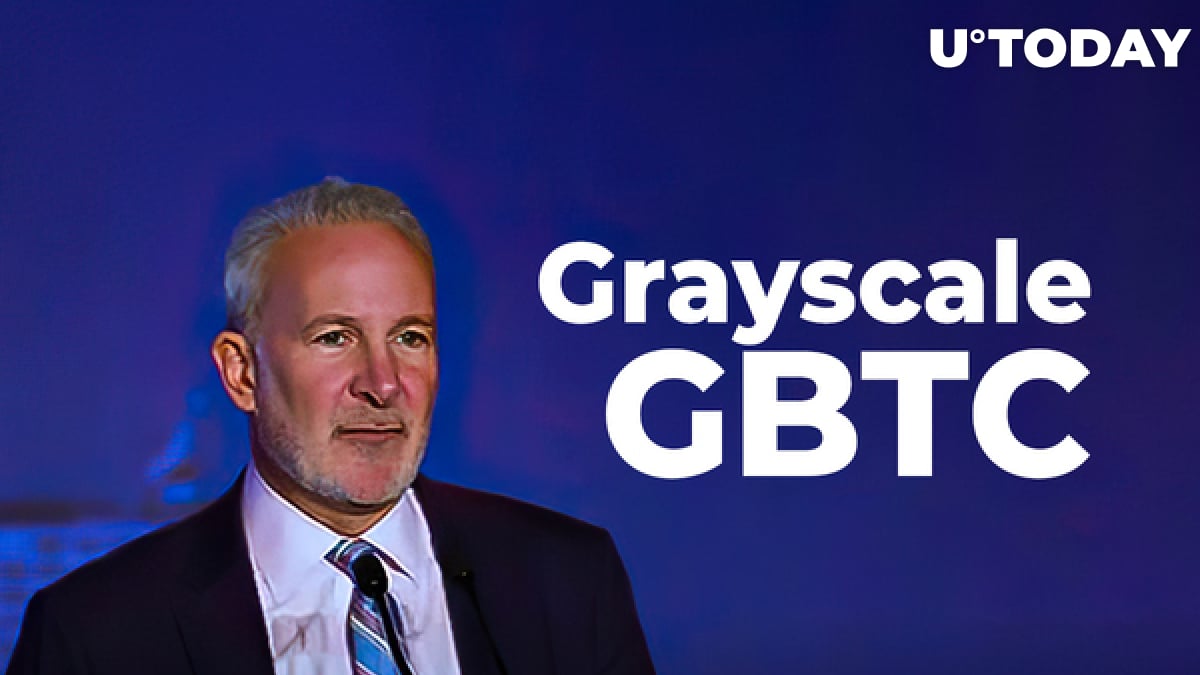 Euro Pacific Capital CEO and major Bitcoin critic Peter Schiff has tweeted that Grayscale's main crypto trust may bring the additional pressure of sellers to the world's biggest cryptocurrency. Here's how it may happen, in his view.

GBTC closes at a 5 percent discount to its NAV

In a recent tweet, Schiff wrote that on Feb. 25, Grayscale's major crypto trust, Bitcoin-based GBTC, closed at minus five percent to its NAV (net asset value).

According to the Grayscale Bitcoin Trust website, the current market price of GBTC is $45.63, while the BTC holdings per share price is $47.42. The former has shown a -5.68 percent daily change.

As reported by U.Today earlier, on Feb. 24, Grayscale's GBTC premium went negative for the first time since 2015.

"The falling GBTC premium may add selling pressure on Bitcoin"

Schiff recalled that he had warned about this possible turn of events back in December. Grayscale has a two percent management fee, which in the current state of things, makes GBTC riskier than Bitcoin itself, the gold bug believes.

Should the premium discount keep increasing (as Bitcoin is correcting at the moment), this may put extra selling pressure on the world's biggest cryptocurrency, Schiff tweeted, since Grayscale is the biggest Bitcoin buyer at the moment.

"Eventually, Grayscale will be forced to sell their Bitcoin"

Peter Schiff reckons that, eventually, the largest Bitcoin buyer, Grayscale, may turn into the biggest BTC seller. The company will be forced to start dumping its Bitcoin holdings one day, Schiff is certain, to cover its two percent annual management fee.

Eventually Grayscale will be forced to sell #Bitcoin into the market to cover the 2% annual management fee. One day I expect GBTC to be the largest consistent seller of Bitcoin.

As of Feb. 25, the total amount of crypto assets managed by Grayscale totals $39.1 billion after reporting $38.7 billion in crypto holdings a day earlier.