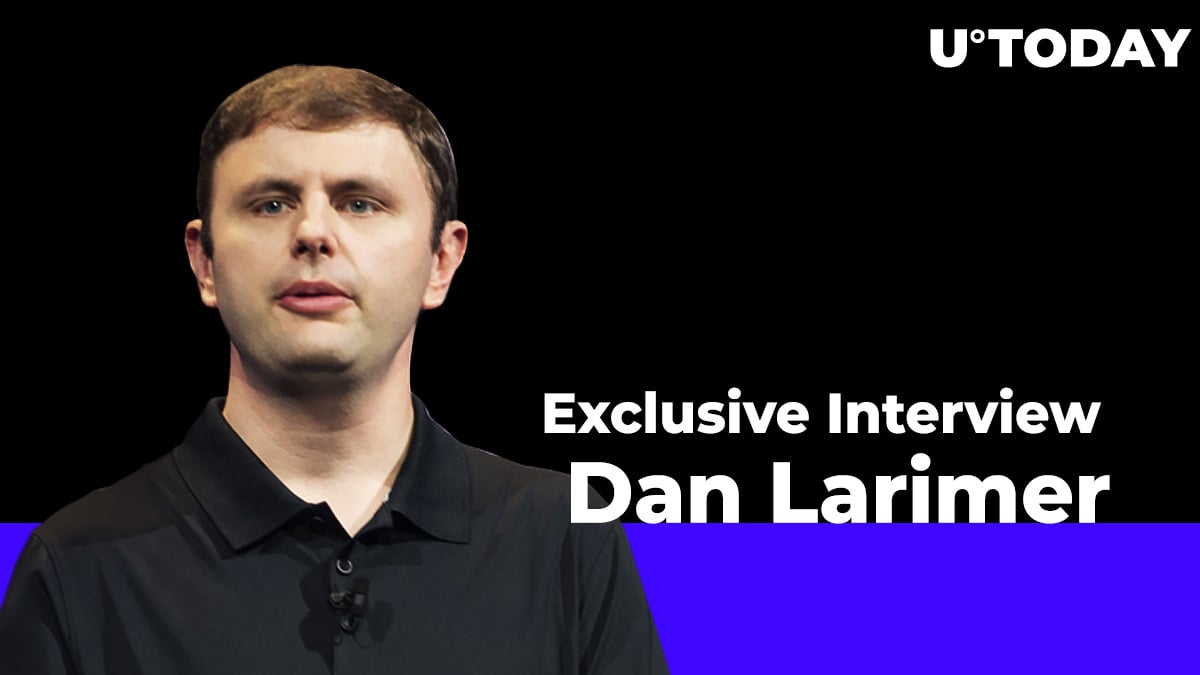 According to a recent press release, Block.one funded their most anticipated project, the decentralized social media network Voice, with $150 million to kickstart its independent operation. A week ago, I spoke with Dan Larimer, CTO of Block.one, about this project, EOS.IO, and the future of blockchain technology.

U.Today: I don’t even know where to start. BitShares, BitUSD, STEEM, Graphene technology, and now Voice.com. Where do you find time for it all?

Dan Larimer: Well, I'm taking one thing at a time. I started out thinking about changing the world to really solve the problems that are impacting society. That's why I got into Bitcoin. Over time, I've been developing the things that need to be built to solve the problems that I see around me. So I first had to solve blockchain scalability, blockchain governance and blockchain ease-of-use. With EOS.IO and Block.one, I get to make blockchain technology easier to use so that developers can build the next generation blockchain applications even faster. It's been very great and exciting that I get to work with Block.one and make that happen.

U.Today: How do your ideas come about? Do you especially try to think of something new or do they just pop into your head?

Dan Larimer: They come in many different ways. Sometimes I come up with ideas in the shower, sometimes I can't sleep at night and a light bulb just goes off while I’m lying in bed. But usually I’m just trying to solve the problem at hand and I have some inspiration. It's largely that necessity is the mother of invention: I've got some problems that should be solved. I don't just say, “Hey, let's come up with something out of the blue. It's usually identifying a problem that needs a solution.”

U.Today: Do you have any big updates for EOSIO in the near future? What are your big plans for 2020?

Dan Larimer: We have many things coming for EOSIO in the future. And at present, actually, if you follow our github, you'll see that we have a number of exciting new updates. We are going to be expanding the database capacity by introducing RocksDB, which makes it more available to more users, and we’re making the blockchain data easier to query through actions with return values and some other innovations around WASM-QL.

Going into the future, we aim to solve the data size aspect of it, as well as just making the APIs for developers easier to use so they can be more expressive and build their apps more quickly. 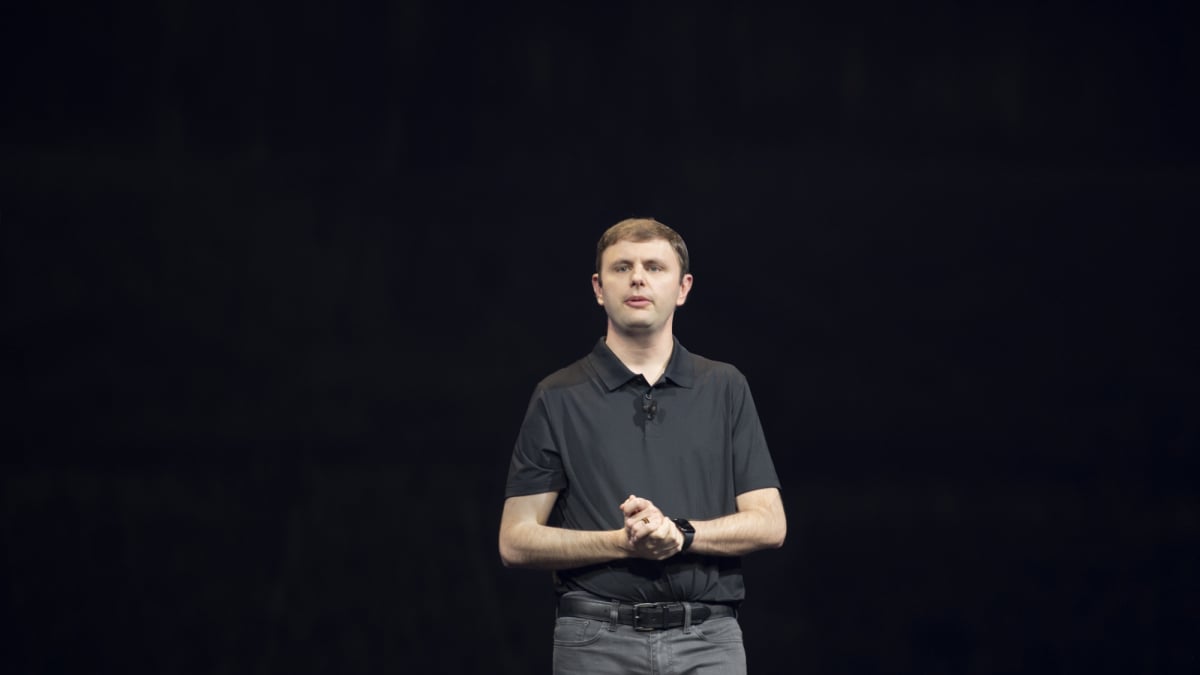 U.Today: What can you tell us about your new social media network - voice.com?

Dan Larimer: Voice is currently in beta, and we've had a ton of great engagement on the beta platform. I'm very excited to be working with Salah, the new CEO of Voice to really transform the future of social media and the future of online publishing.

U.Today: What makes it different from other social media networks?

Dan Larimer: The biggest differentiator is that we're connecting authentic, real unique people, and we're building an attention economy into the platform to further foster engagement. We know that users are rewarded for engaging, and even in Voice beta, where all the tokens are just temporary, we've seen tremendous engagement with the incentive system and the platform.

U.Today: In your opinion, who are your main competitors in the crypto market?

Dan Larimer: The crypto market is made up of people who are using blockchain technology to further real-world applications. At Block.one, we build EOSIO software, but we're not competing with blockchain; instead, we're competing by providing real goods and services like Voice to the world.

We're focusing on real-world use cases and building the blockchain technology that we need to make those use cases a reality.

U.Today: Apart from yours, what projects can you single out in the market? I mean, the most interesting ones?

Dan Larimer: Well, there are a lot of interesting projects in the market, but I really can't single any of them out. Everyone's doing lots of innovative work around cryptography and things like that, and I think there's a lot of really good research. But when it comes to practical application of blockchain technology, EOSIO is where it's at.

U.Today: Are you brainstorming any new projects right now? Can you share any of your ideas with us or at least give us a hint?

Dan Larimer: I would absolutely love to give you a hint, but we have to keep some of our surprises behind the curtain for now. I can tell you that there will new products from Block.one in new industries this year. 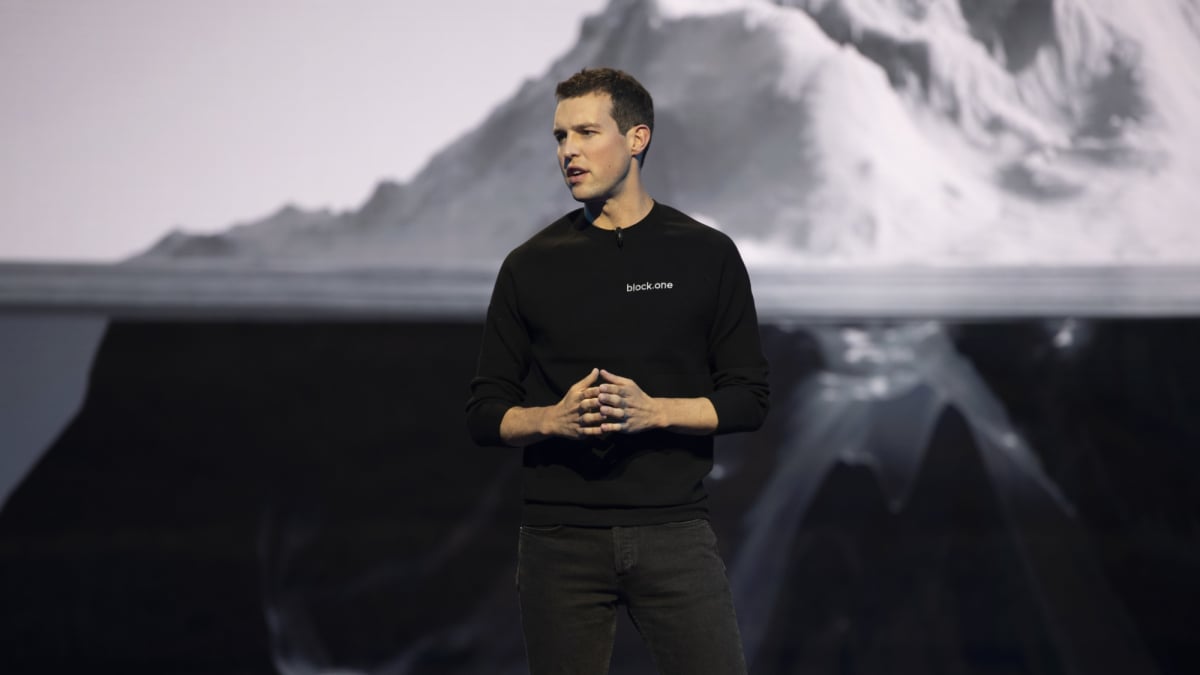 U.Today: Do you believe that mass adoption will be implemented soon? If so, which cryptocurrency will be the first to achieve such success?

Dan Larimer: Mass adoption of blockchain is inevitable. All the major companies are investigating the technology and they're going to deploy it to empower their systems, to increase the level of integrity, auditability and transparency. So, it's already being adopted en masse by engineering departments and then the R&D (Research and Development) teams of all the major industries. When it occurs, mass adoption of blockchain will be transparent.

You won't even know you're using it, similar to how there has been a mass adoption of various databases or the web: the backend infrastructure that people use is transparent, but they all still use it. That's how blockchain adoption will occur, where gradually the services you use will be powered by blockchain and you won't even know it.

U.Today: What do you think the web will look like 50 years from now then?

Dan Larimer: You know, if I knew that, I wouldn't need a time machine. I think the world's going to be moving toward more accountability, more integrity with blockchain. Stronger identity will be a bigger piece of the future, but who knows what the monetary landscape's going to be.

Where I think the technology is going is why I think blockchain is critical for every business that cares about the integrity of its business model and accountability for its actions. We want to collaborate and work with everyone in the ecosystem by pushing forward with technologies that facilitate integrity in society. We want to embrace, welcome and collaborate with anyone that shares our vision for a world powered by blockchain technology. When blockchain wins, everyone wins.