BTC, SOL and BNB Price Analysis for May 13

Denys Serhiichuk
Is the current bounceback a prerequisite for a market reversal? 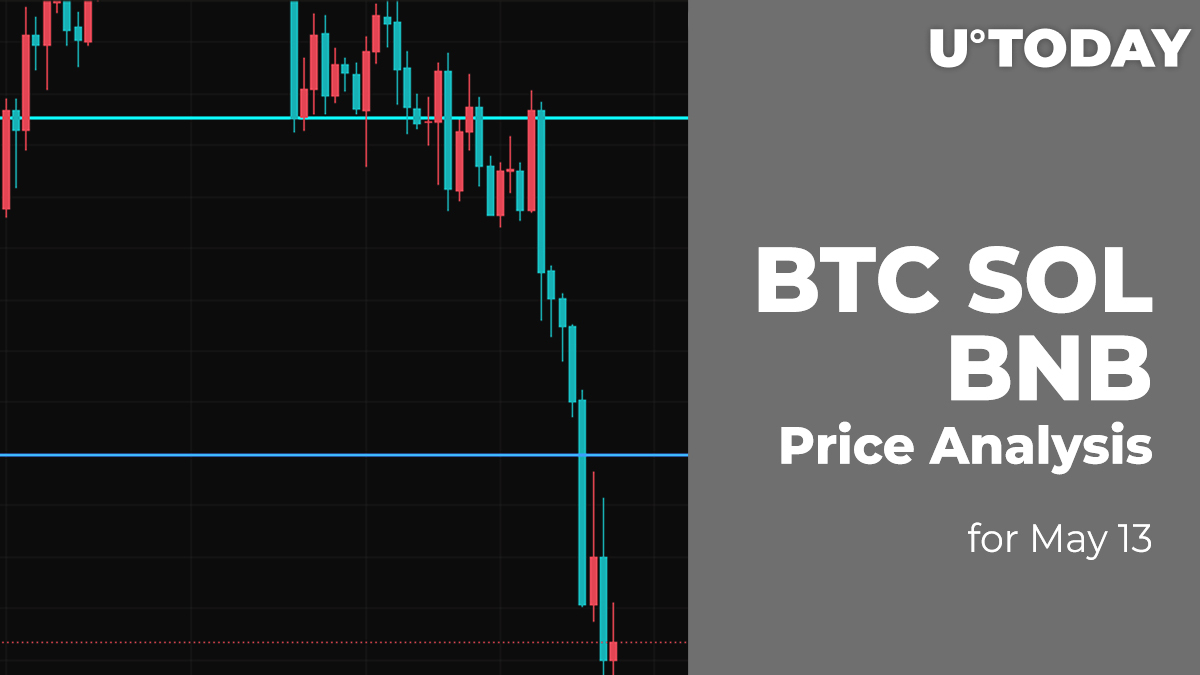 A bounceback has occurrrd on the cryptocurrency market as all of the top 10 coins are again in the green zone.

On the daliy chart, Bitcoin (BTC) has broken yesterday's peak at $30,000 against the increased trading volume. If bulls can keep the rise and the daily candle fixes around the mentioned mark, there is a high possibility of seeing further growth on the weekend to the closest level at $32,950.

Binance Coin (BNB) has gainedmore than Bitcoin (BTC), rising by 12% since yesterday.

Binance Coin (BNB) is going up after yesterday's candle made a false breakout of the $238 level. The rate is trading above the vital mark of $300, which means that the rise may continue. If that happens, the further zone where bears can again seize the initiative is the resistance near the $340 mark.

Solana (SOL) is the biggest gainer from the list today; its rise has constituted 18.60% over the past day.

Despite the sharp growth, Solana (SOL) has not entered the mid-term bullish zone as the rate is still below the $60 mark. However, if the rise continues until the end of the day, there is a chance to see a breakout, followed by an upward move to $70.