Yuri Molchan
According to data from the CryptoQuant founder, institutions may have acquired close to $1 billion worth of Ethereum on Coinbase and withdrawn this crypto 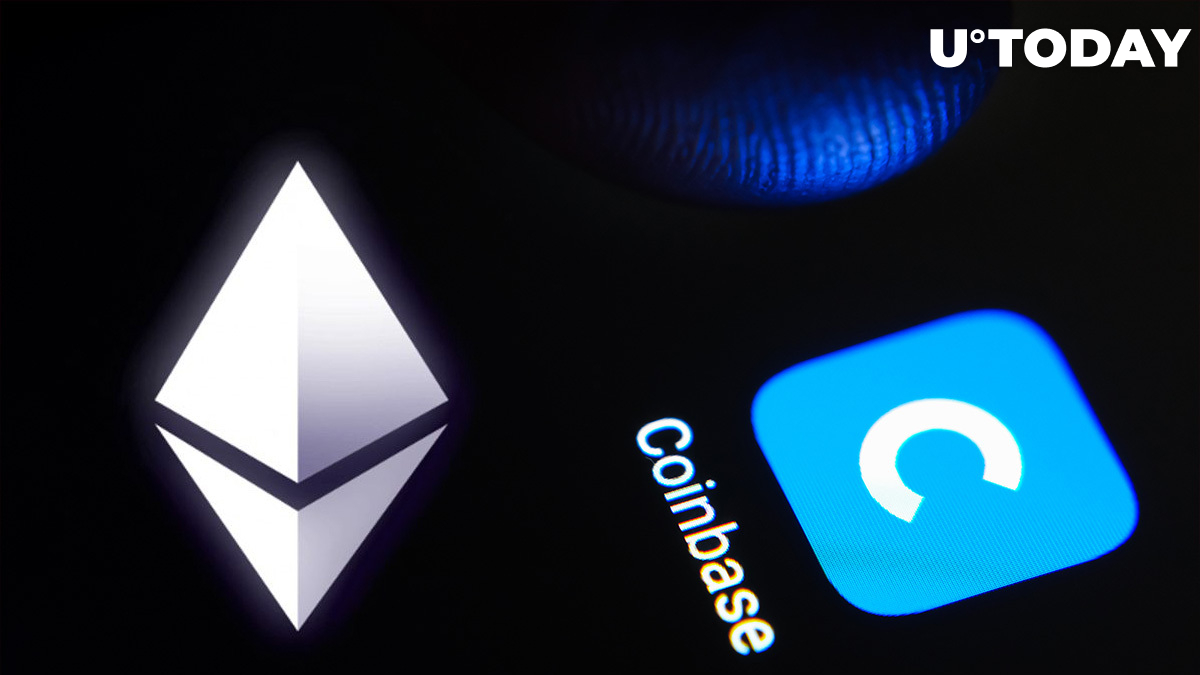 Ki Young Ju, founder and CEO of analytics platform CryptoQuant, has shared a tweet from his analytics team showing that, eight hours ago, a massive amount of ETH (395,903 coins) was withdrawn from the largest U.S.-based exchange, Coinbase.

The exchange has recently turned into a publicly-traded company on the Nasdaq.

Are institutions buying $1 billion in Ether?

Ju has called this withdrawal a rare bullish signal.

Earlier, U.Today reported that in May and April, institutions withdrew mammoth amounts of Bitcoin from Coinbase to cold storage wallets.

Bloomberg's chief commodity expert Mike McGlone believes that, in the future, Ethereum may surpass BTC by this crucial metric as it has a stronger use case and foundation.

This is the equivalent of $1.98 billion.

This mammoth amount of crypto was moved in four transactions, carrying slightly over 197,000 ETH each.