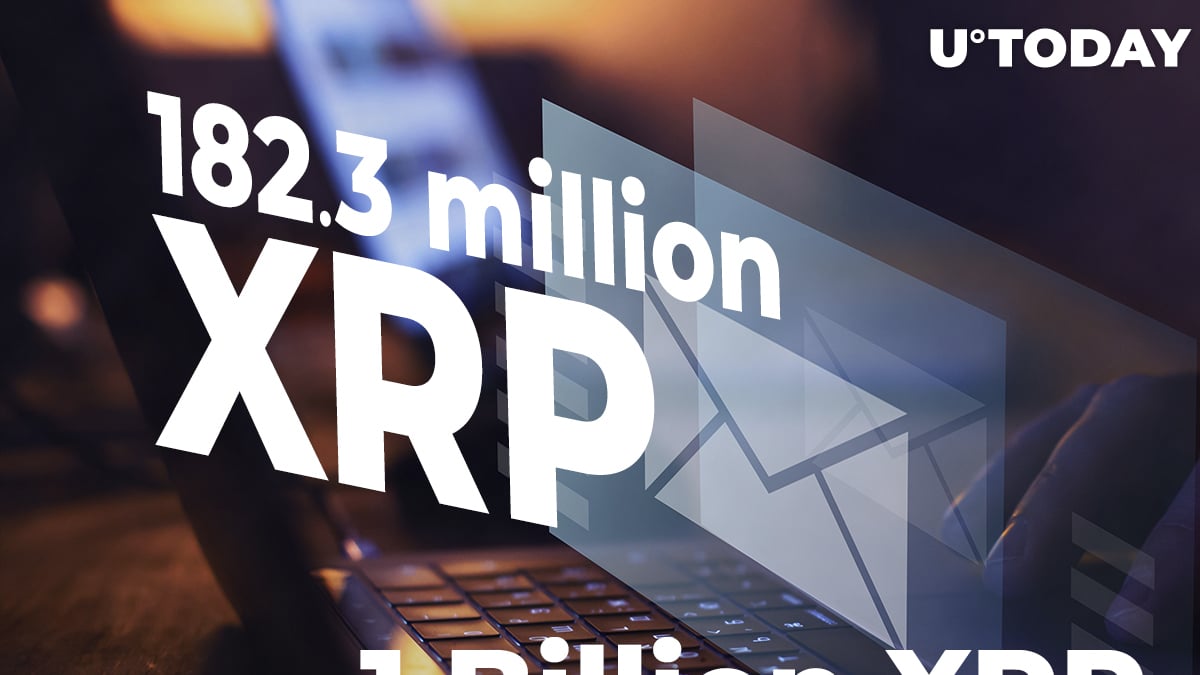 Whale Alert has reported that, over the past 10 hours, Ripple blockchain tech provider has withdrawn another billion XRP from its escrow account.

The crypto decacorn has also transferred 182.3 million XRP to the wallet that belongs to its co-founder and former CTO Jed McCaleb.

One billion XRP on the move from escrow

Ripple continues its regular programmed releases of one billion XRP stashes. A massive amount of crypto was unlocked around eight hours ago, according to recent tweets published by popular crypto tracker Whale Alert.

The crypto tokens were withdrawn in three portions: 500 million, 400 million and 100 million XRP. The fiat value of the unlocked crypto totals approximately $760 million at the current price of $0.7337.

As a rule, part of the released amount (which does not get locked back) is sent to Ripple customers—financial institutions—and crypto exchanges to support XRP liquidity.

Ripple has been releasing one billion XRP on the first day of the month for several years already.

The person who cofounded Ripple Labs, initially known as Opencoin, with Christopher Larsen and was its first chief technology officer, Jed McCaleb, has received another big portion of XRP.

A whopping 182.3 million tokens have been sent to his "tacostand" wallet by Ripple—a regular payment made as part of the settlement agreement between Ripple Labs and McCaleb.

This XRP stash is the equivalent of $138,747,891 in fiat at press time. The transaction was made approximately 10 hours ago, as reported by Whale Alert.

Jed McCaleb has been selling his XRP regularly, sending them to crypto exchanges. The community believes that Jed McCaleb is likely to run out of his XRP holdings by late August or early September.

The seventh-largest cryptocurrency, XRP, continues trading in the $0.70 range, exchanging hands at $0.7617 as of this writing, according to data provided by the CoinMarketCap platform.

XRP has been unable to recover the $1 price mark after declining below it on May 22. Prior to that, the coin soared to a peak of $1.90 on April 14.

The coin then spent approximately a month moving sideways in the $1.50 range, making temporary dips but remaining above $1.

Since the last week of May, however, XRP has been unable to recover that crucial level.