Why Crypto Index Funds Are Things of the Future: Past-ICO Review

Eric Eissler
Crypto index funds are a thing of the future, as it has a potential to outperform actively managed funds 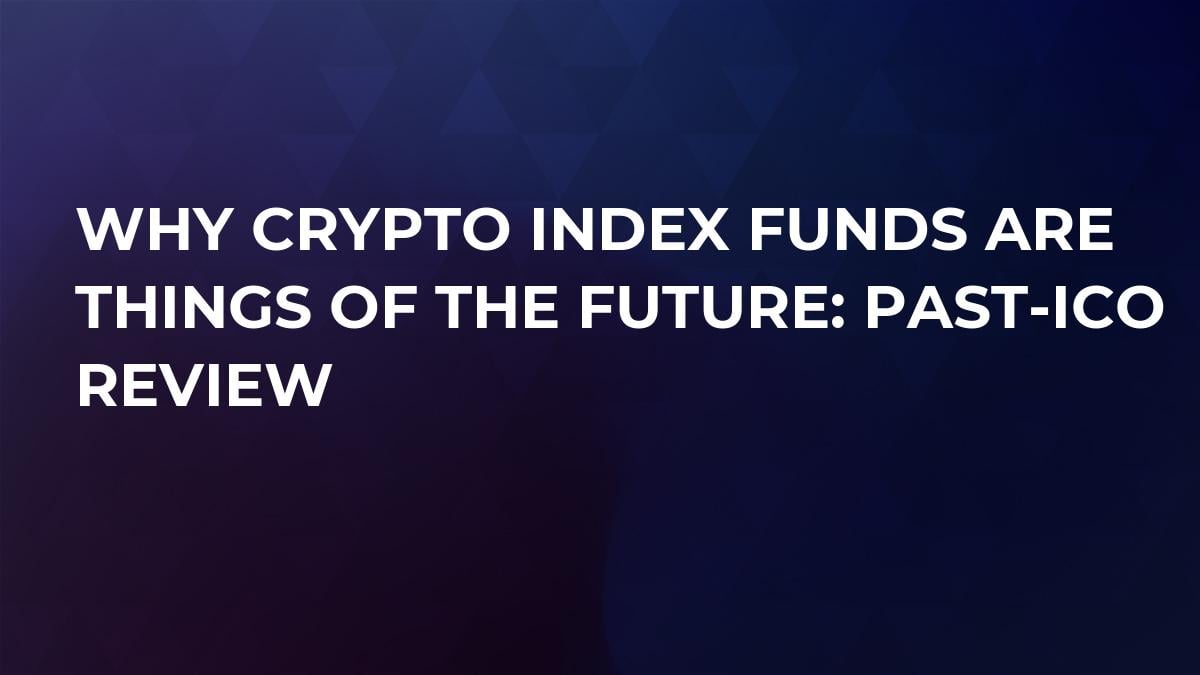 Over the past year, as crypto has gained more attention and traction in the general market, loads of new Blockchain and crypto-based products and services have appeared seemingly overnight.

An index fund for cryptocurrency investors was inevitable, but it was not inconceivable, as the crypto market mirrors the stock market and its investments, funds and securities.

What is interesting is the fact that this index fund features the top 20 cryptos based on market cap and continually switches them out depending on performance. But before we get into that, let’s have a look at the numbers.

Trading volume is only around $25,000 daily and the number of tokens is 86.2 mln. However, the token price is not a direct indication as to how the index fund is performing.

What’s in the basket?

Each week the top 20 cryptocurrencies rebalance the holdings in an automated system that has no active management. Many traditional index funds are automatic and are maintained without the intervention of humans: this is known as passively managed. In the current snapshot the following cryptos are being traded: Bitcoin, Bitcoin Cash, Ethereum, XRP, EOS, Litecoin, Stellar, Cardano, IOTA, NEO, Morano, Dash, Binance, Ethereum Classic, NEM, VeChain, OmiseGO, Zcash, QTUM.

Daniel Schwartzkopff- CEO and Co-Founder Schwartzkopff has been in the cryptocurrency game since he finished his degree in chemical engineering in 2010. He has successfully launched several other blockchain based ventures among them Crypto20.

Schwartzkopff has been working in machine learning, data and development since his university days. While being new to the workforce, he had a brief stint with Amazon working in web services and also with DataProphet.

Raymond Botha - Systems Engineer and Co-Founder Botha is a recent entrant into the workforce and has a degree in computer science from the University of Cape Town.

Jon Matonis- Advisor Big hitter Matonis servers on the advisory board of Crypto20. He has a major background in crypto, as he is the founding director of the Bitcoin Foundation, has worked at Visa, Verisign and was an editorial advisor for CoinDesk.

Not all about the token price

While many look to token price and market cap for guidance on crypto companies, in some cases it is not how the token performs, but rather how the company is perceived.

Crypto20 is a pretty good success, considering that its index fund outperforms the market and Bitcoin as a whole. Based on the success of its first fund, the company is developing a new line of index funds and on top of that, a new parent company, Invictus Capital which will hold Crypto20 and offer new funds.