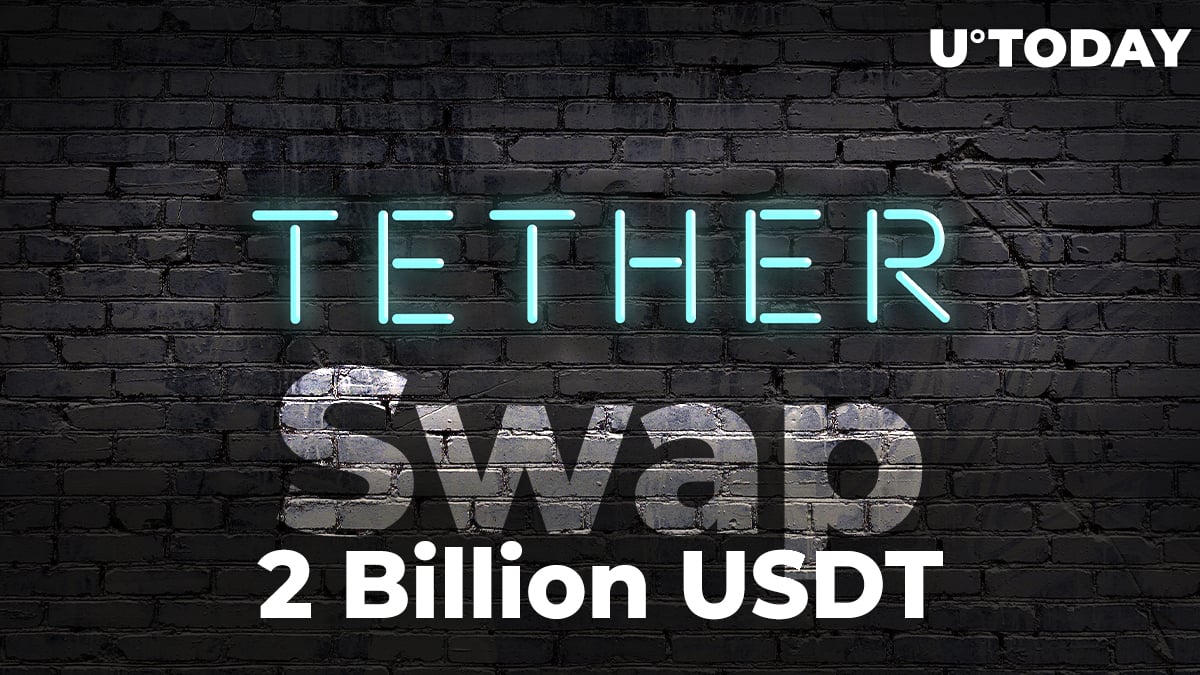 Tether moves two billion USDT around the blockchain and warns users about the total supply not changing while the process takes place. According to the Twitter announcement, the company will coordinate with a third party in order to proceed with the swap of two Billion USDT. Coins from the Tron blockchain will be moved to the Ethereum blockchain.

A chain swap is the process of moving cryptocurrencies from one blockchain to another. Chain swaps allow users to utilize various blockchains while holding interchangeable coins.

In order to keep the right balance of the circulating supply, Tether occasionally burns coins after minting new ones on the requested blockchain. When users, for example, request 1,000 USDT to be swapped from Ethereum to Omni blockchain, Tether mints 1,000 new USDT on Omni and issues it to a user. After a user receives funds, the "old" USDTs are burned. In some cases, coins requested for the swap are not burnt and are instead used as a bargaining chip in future swaps.