David Dinkins
Morgan Stanley has drawn comparisons between Bitcoin and the dot-com bubble, and we’ve come up with some of our own. 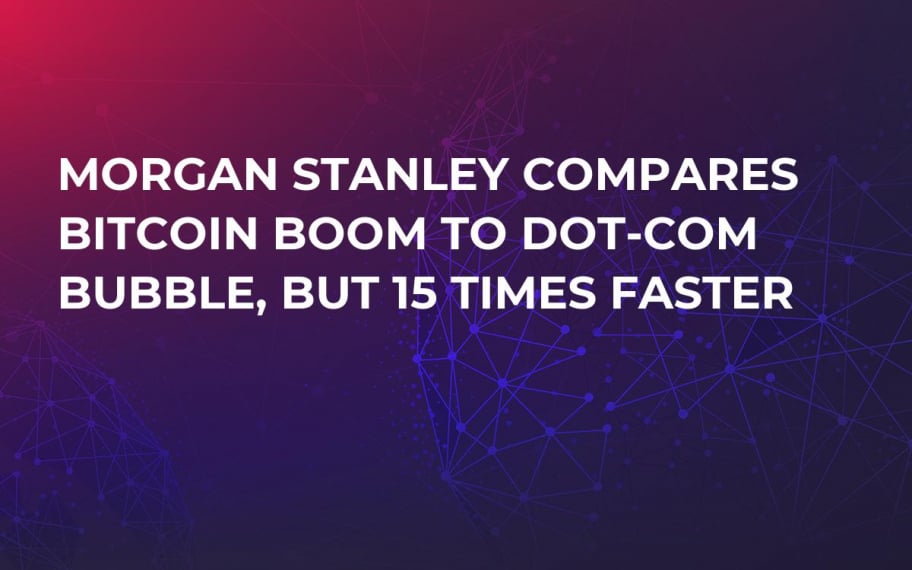 In a letter to clients, Morgan Stanley has compared the rise and subsequent fall in the price of cryptocurrencies to that of the NASDAQ during the dot-com bubble, but at “around 15 times the speed.” Morgan Stanley strategist Sheena Shah wrote that Bitcoin has so far experienced four boom and bust cycles, with each “bust” costing the currency about half its peak value. Shah writes:

"The Nasdaq's bear market from 2000 had five price declines, averaging a surprisingly similar amount of 44 percent.”

She notes that in both the case of NASDAQ and Bitcoin, rising trade volumes were deceptive:

"Rising trade volumes are thus not an indication of more investor activity but instead a rush to get out.”

The dot-com bubble is remembered as a period of irrational exuberance in which any idea related to the Internet, no matter how lame, could spawn a multi-million dollar company. This strongly resembles the current ICO boom, as well as the surge in altcoins of every variety. Most of the companies spawned by the dot-com bubble failed - as many altcoins and ICO projects likely will. However, cryptocurrency skeptics should remember that this massive bubble also produced some profitable behemoths, including Google, Amazon, eBay, PayPal and the like.

It’s now been 18 years since the peak of the dot-com bubble in March 2000. If the crypto sector is really replaying the history of NASDAQ but at 15 times the speed, then the crypto bear market should last just over a year. If Bitcoin today is analogous to Amazon then, then the next bubble cycle would take Bitcoin over $300,000.