Urvashi Verma
Company argues a “higher hash per watt” produced by more efficient rigs will drive price up, but not all experts agree. 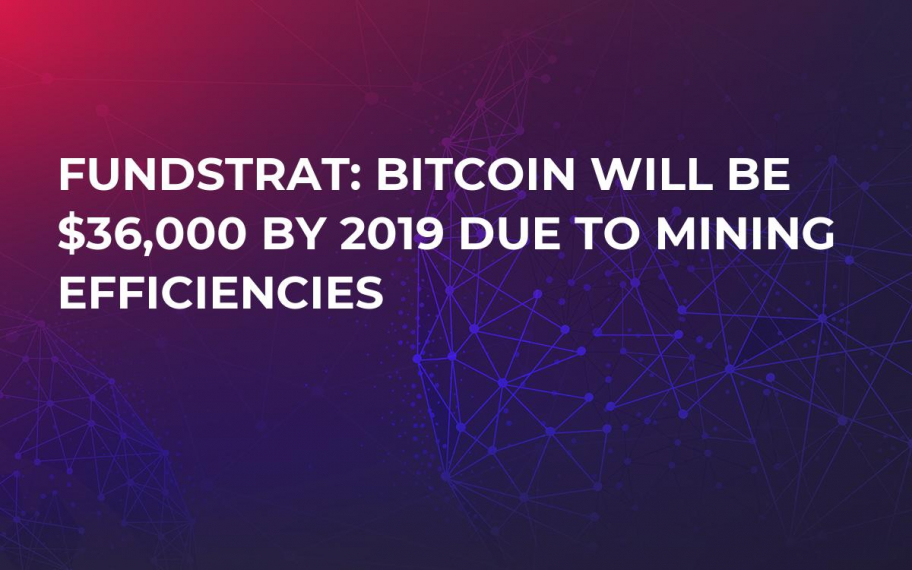 Fundstrat Global Advisors, the research firm known for its bullish Bitcoin bets, released forecasts that Bitcoin could propel to $36,000 due to improvements in mining, by late 2019.

The company’s basis for the findings is a metric which compares the price of Bitcoin against miner’s break-even costs as a long term reliable indicator to forecast its performance.

Fundstrat pointed out slowing electricity costs as the network becomes more efficient with new rigs, or what it calls “higher hash per watt,” as a significant factor for the bullish forecast, in an executive summary of the firm’s white paper released on twitter today.

The forecast leaves some investors skeptical since nearly two months ago Fundstrat’s Tom Lee told CNBC in an interview that Bitcoin’s break-even cost of mining would be at the price of $8,038.

“I have a lot of respect for @fundstrat and think this is worth looking at.  But...I think the causation is extremely weak. Hash power follows price much, much, more than the other way around.”

Bitcoin mining profits are impacted by two factors: the hashrate, or the speed at which a computer is completing an operation in the Bitcoin code, and the cost of electricity.

However, experts say these increases can be overcome by more efficient mining equipment and mining pools. Cloud mining services can reduce electricity costs substantially by taking advantage of locations where electricity is cheap such as Georgia or Iceland.

Fundstrat’s latest forecast comes a week ahead of the major virtual currency conference Consensus that is expected to draw more than 6,500 attendees next week.