Denys Serhiichuk
Could any of the altcoins surpass the rise of Bitcoin (BTC)? 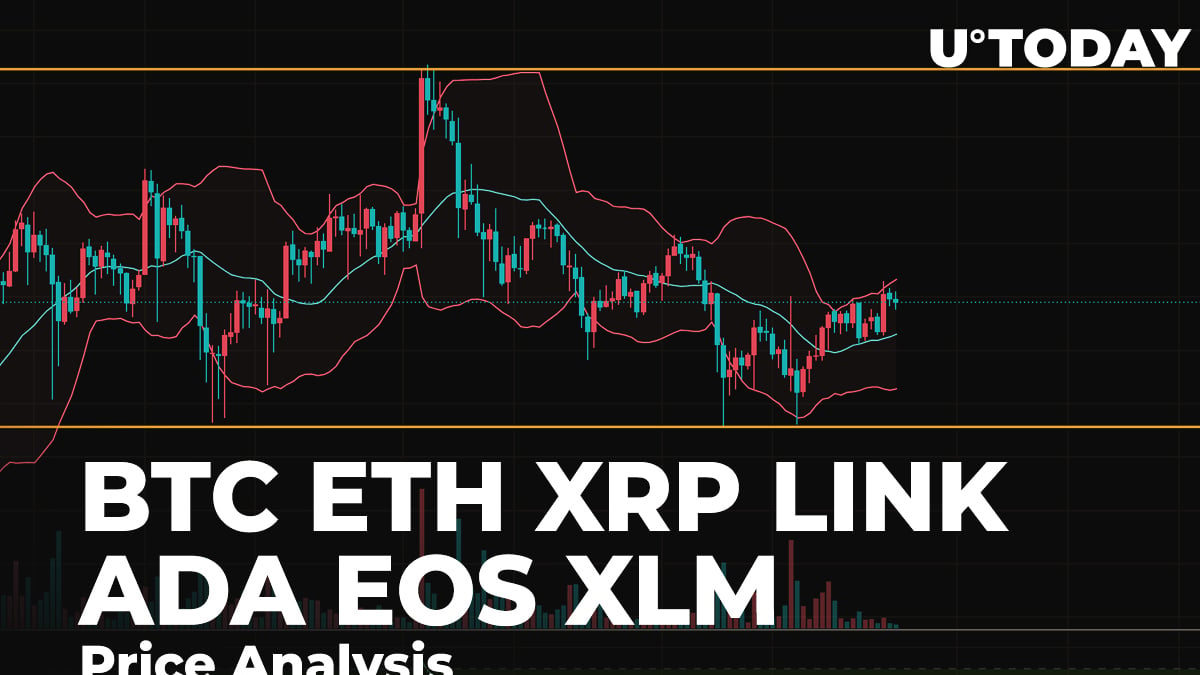 Some of the coins have entered bearish territory on the last day of the week. However, most of them are still under bullish influence. From the Top 10 list, Chainlink (LINK) is the top gainer, having risen 7.88%.

Bitcoin (BTC) is the least growing asset from our list. The rate for the leading crypto has risen 1.17% since yesterday, while the price change from last week has remained relatively unchanged.

Looking at the daily chart, Bitcoin (BTC) is trying to recover its lost position after falling from $12,000. At the moment, there are a few chances that new peaks will be set for the trading volume as well as for the liquidity.

However, a slight rise is possible as a part of the more profound decline. In this particular case, growth may reach the closest resistance level at $11,900.

The rate for the leading altcoin has increased much more than of Bitcoin (BTC). The price has increased by 2% in the last 24 hours.

From a technical standpoint, Ethereum (ETH) is forming a bullish divergence on the daily time frame, which is considering continuous growth. As with the Bitcoin (BTC) situation, there are few chances that the coin will update the previous local heights. This is why reaching the $420 resistance is a more likely scenario for the upcoming days.

XRP is the only coin from the Top 3 list in which the rate has gone down from the previous week. The decline has constituted a drop of 1.63%.

XRP is also located under bullish pressure. The trading taking place is within a rising channel, with the next target at $0.29. The trading volume is also low, which means that a further rise is unlikely to occur. Such a statement is confirmed by the low trading volume as well as the liquidity,

Chainlink (LINK) is the biggest gainer from our list. The rate for the altcoin has rocketed by 10% since yesterday.

Even though Chainlink (LINK) has significantly increased since the last time, a correction prevails over the continued rise as the coin has reached its local resistance. The decline in buying volume also supports the price drop. If such a scenario is real, then a  decrease may last until it reaches its support level at $15.68.

The price of Cardano (ADA) has increased by 2.57% since yesterday; however, decreased by 5% over the last 7 days.

After the altcoin bounced off its far retest zone at $0.10, it could not fix above the $0.12 price. This means that a decline before a continued rise has not yet concluded. The high liquidity supports this statement. In this particular case, there is a high probability of seeing a drop to the $0.10 zone, where the bulls may make another attempt to reverse it.

EOS has not increased as much as the other coins from our list. The growth has accounted for only 1.77%.

Although the rise was not that big, EOS has confirmed the end of the correction phase as the altcoin successfully bounced off the support level. The lines of the Moving Average Convergence/Divergence (MACD) are also about to switch to green, confirming the end of the short-term bearish sentiments. All in all, the rise to the $3.42 resistance level is a more likely price action.

Stellar (XLM) has risen more than EOS as the growth has gone up 2.47%.

Stellar (XLM) is trading under a bullish influence as buyers have seized on the initiative and are ready to maintain the rise of the altcoin. It is too early to consider an update of the peaks as the trading volume is low; however, a retest of the resistance at $0.1065 is quite possible in the near future.