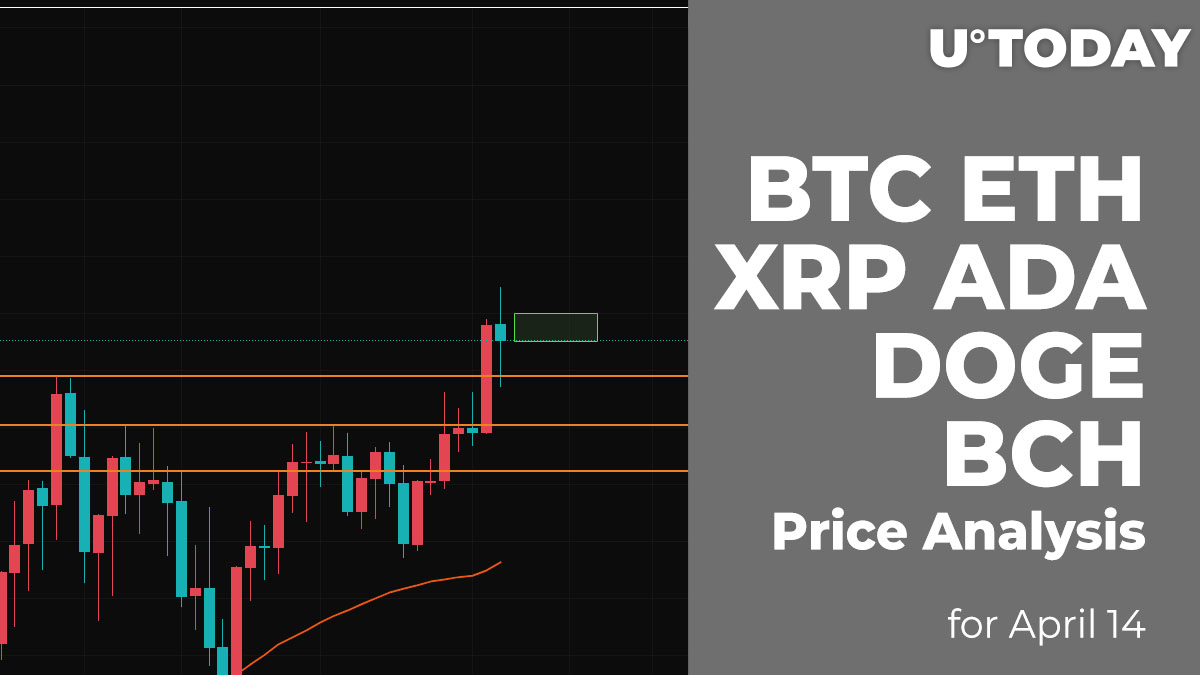 The market has faced a correction after a sharp rise. As a result, some coins are trading in the red zone.

By the end of the day, Bitcoin (BTC) has faced its first correction after a breakout of $60,000. In this case, all of today's growth was absorbed.

On the daily chart, the situation is still bullish as the leading crypto has just retested the previous peak at $61,780. However, further growth may not be so fast as the coin needs to gain more power.

Ethereum (ETH) is looking more bullish than Bitcoin (BTC) as the rate of the chief altcoin has gone up by 4% since yesterday.

However, Ethereum (ETH) might still make a restest of the level of $2,300 on the daily chart, as the coin needs more energy to attack the vital mark of $2,500, which may happen shortly.

XRP is the biggest loser today as the rate of the coin has dropped by 1.67%.

Like Bitcoin (BTC), XRP is about to trade in the range soon. The volatility should decline, so the coin could accumulate more energy for the future rise. All in all, sideways trading between $1.75 and $1.85 is the more likely price action in the near future. XRP is trading at $1.69 at press time.

The rate of Cardano (ADA) is almost unchanged since yesterday.

Even though the long-term trend remains bullish, sideways trading in the narrow range of $1.46-$1.54 is the more likely scenario as Cardano (ADA) is not ready to show the same sharp rise at the moment.

DOGE is already overbought at the moment, which means that a more profound decline may occur. In this case, the potential support is located in the range of $0.11-$0.12.

Bitcoin Cash (BCH) is the second-most growing coin today. Its rate has increased by 8% over the last 24 hours.

The fall of Bitcoin Cash (BCH) may not have finished as the altcoin may still retest the mirror level at $773. In this case, the long-term trend still remains bullish as buyers need to gain more strength for future growth.

Bitcoin Cash is trading at $815 at press time.