Eric Eissler
Blockchain-based identity protection is a growing industry and there are many companies entering this market. What makes Bloom stand out? 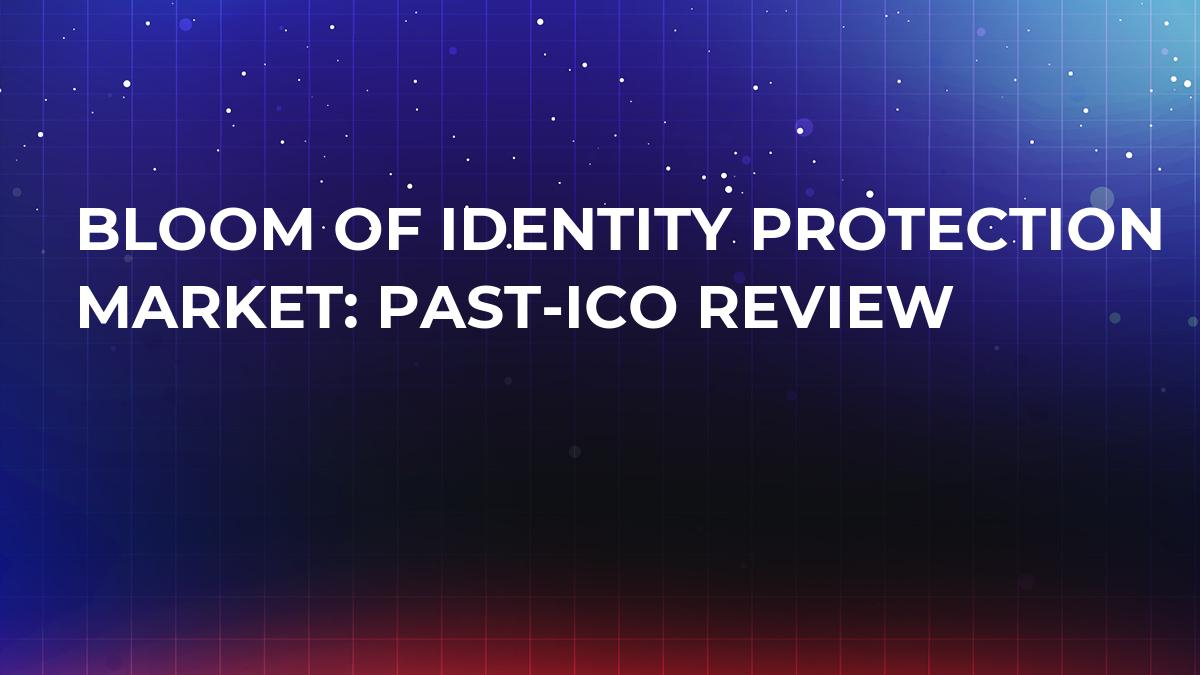 Blockchain technology is allowing users to take back ownership of their identities and this market is becoming more and more saturated with companies that promise control over access to users identity and personal information. To get a better idea of what Bloom has on offer, CryptoComes was able to get in touch with Head of Community Relations of Bloom, Derek Silva. But before we jump into the action, let’s first review Bloom’s financial footing.

BloomIQ: is a decentralized system that manages credit history. One of its primary goals is to allow a user to import existing credit history to this system.

BloomScore: calculates credit risk. It is a dynamic indicator of an individual’s likelihood to pay debts that adapts to the maturity of a user’s credit history. This is just like a credit score.

Silva gave some general comments about the company and its services:

What really sets Bloom apart from other Blockchain-based identity or credit scoring protocols is that Bloom sees both solutions needing to be unified together. Financial data without a verified identity is useless to many lenders and other organizations that have to comply with Know Your Client or Anti-Money Laundering legislation. A digital identity without any financial data to back it up is also highly limited in potential use cases. So the Bloom protocol, putting BloomID, BloomIQ, and BloomScore together, provides far more real-world utility to both BloomID holders and organizations participating in the protocol.

Bakus is the CTO and co-founder at Bloom. He has a BS in computer science from Stanford University and has been active in founding tech companies since graduating. He is also CTO and co-founder of Cogito, another identity management company.

CEO of NeoReach, a company providing influencer intelligence with customers including NBC, Walmart, Honda, Amazon, and others. Also Founder and Chairman of Rank Executives, an enterprise internet marketing and content agency.

Getting ready to launch apps

Bloom is getting ready to start launching its dapps on multiple platforms, Silva added,

“Right now we're finalizing the iOS dApp, the Bloom Lending Marketplace, integrating our first documentary attester for verifying photo identification, and our Android dApp will be launched later this year. There is more in the works, and we will unveil a new, public roadmap soon.”

While the technology sounds great, there is going to be a much competition in this field, and consumers will have a large variety of choice. For investors, the company has a high hard cap of $50 mln, the majority of which will be used for user acquisition. Usually, the higher the starting market cap for a project, the lower the potential return for ICO participants. Finally, it appears that all the co-founders are working on Bloom on a part-time basis while they are also working on other businesses that they have founded. It is unclear how much time they spend on Bloom.

Silva followed up with some parting figures and facts:

“We have well over 11,000 BloomID holders so far, and we anticipate that number to grow drastically as we release our mobile dApps, starting with iOS, in the very near future. We also have 25+ lenders that are going to participate in the Bloom Lending Marketplace at launch, and dozens of other organizations working on integrating the Bloom protocol into their dApps and systems. We are poised for incredible growth in the latter half of 2018.”

Let’s see what the second half of this year brings.