Dmitry Cake
Bulls are celebrating a successful conclusion to the week as Bitcoin price reaches $10,000. However, further growth is not certain. 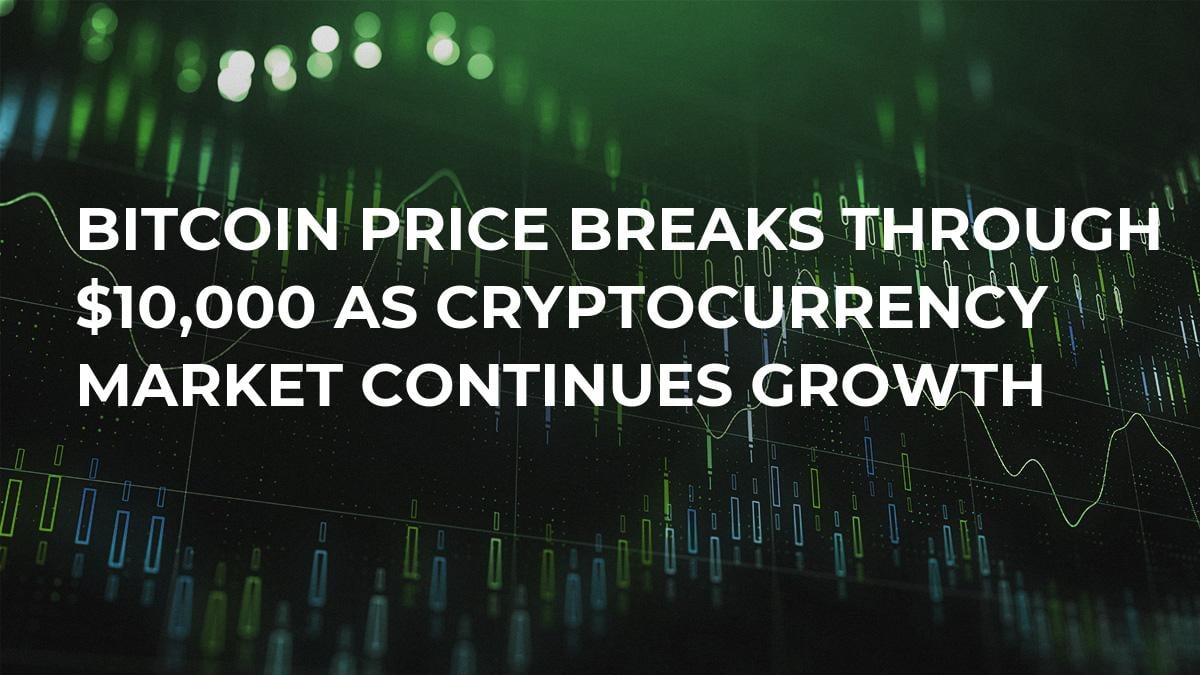 Despite reduced business activity in China due to the celebration of the New Year, the situation in the cryptocurrency market continues to please investors — we are observing growth for most positions, and Bitcoin has cleared the psychologically significant $10,000 mark without difficulty. As a result, the total market capitalization continues to increase at a steady pace and has reached $485 mln by the end of Thursday.

Interestingly, Bitcoin dominance is also growing. Right now it’s 35.8 percent, which is almost equivalent to the value seen on Feb. 6.

Then, as a result of the market collapse, prices of altcoins fell through the bottom and investors preferred to sit out the crisis with the main asset. Now we are seeing the opposite situation and it’s obvious that Bitcoin's share is increasing due to expectations of further (and, more importantly, faster) growth.

The balance of powers in the top 10 has not changed. BCH is leading with an increase of 10 percent in the course of the day to $1,500, followed by BTC with growth of 8 percent and a closing price of $10,200. The leading trio is rounded out by IOTA with the following results: a 6 percent increase and a price of $2.15.

Litecoin doesn’t have anything to boast of, being down 5 percent from a maximum of $230. But who can complain about a small correction after the sprint that LTC ran in the past two days? In general, we are evaluating the situation as positive, but we may soon arrive at a point where the market will need to cool down before continuing growth.

The targets indicated in yesterday's review were realized with high accuracy. Prices met some resistance on approaching $10,000, but having mustered up all their courage, buyers were able to break through the level at good trading volumes. Bitcoin is trading in the upper register of the ascending channel, which, on one hand, shows the strength of the bulls, on the other — the possibility of correction, necessary for the continuation of growth.

Bitcoin Cash finally broke through the global descending channel, which began on Dec. 20, 2017, and now, from the point of view of technical analysis, there is little to hold it back. However, we can’t discount the unending disputes about which Bitcoin is the true Bitcoin. This discussion does not let investors forget about the asset, however at the same time it’s raising doubts and uncertainty that the market does not like. In any case, by end of week, BCH arrived at an important mark of $1,500.

If the price can be established above this value, then the next growth targets will be $1,570, $1,670 and $1,770. The first and last targets are formed by mirror levels of support-resistance, and the middle value is indicated by a strong 1.618 Fibonacci extension. In case of a negative scenario, Bitcoin Cash has nowhere to fall — a strong support, coinciding with the lower boundary of the ascending channel, will be found around $1,400.

Our recommendation that readers consider booking profits at the price of $215, which became an important support-resistance for Litecoin, turned out to be a sound one. It seems that everyone who wanted to buy the coin before the upcoming fork has already done it. Although, we do not exclude the possibility of another spike in buyer activity, which could raise the price to $250.

However, a more likely scenario is that of price fluctuation around $215 with subsequent correction after the completion of the fork. According to optimistic estimates, LTC could fall to the $200 level, which coincides with the 0.382 Fibonacci retracement. In the event of more active sales, we will see $185, where our readers can consider building up long positions for the medium term.