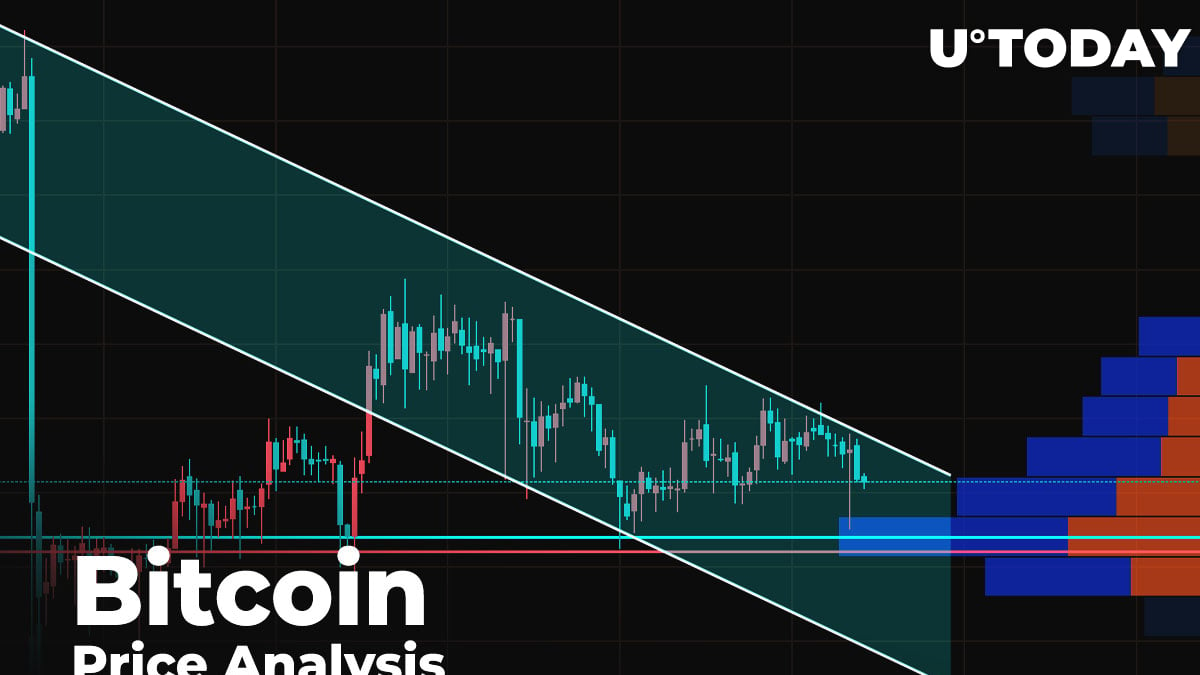 The quotes for Bitcoin (BTC), as well as other coins, have remained relatively unchanged since yesterday. The only exception is Cardano (ADA), which has gone up by 0.16% within the last day.

However, Bitcoin's market share has remained the same over the course of the week. Its current index sits at 64.4%.

Below is the relevant data of Bitcoin (BTC) and how it is looking today:

BTC/USD: Has the Bull Run Come to an End?

Looking at the hourly time frame, Bitcoin (BTC) has been trading within a falling channel since June 4th. Meanwhile, the main crypto has gone up by 0.20% since last week against the start of a correction.

From a technical perspective, the short-term correction is ongoing due to the absence of buyers to push the rate higher. There is also low liquidity support above $9,700, which confirms the ongoing decline. The nearest support zone is between $9,400 and $9,450.

Looking at the 4H time frame, the bearish sentiment is even more powerful. Bitcoin (BTC) is about to finish forming a Head and Shoulders pattern. That is a reversal figure, suggesting a change in trend. If the bears continues to push the price downwards, then the first stop is at the $9,300 mark. This might be attained next week.

The current candle is going to close with a long wick on the weekly chart, which is a bearish signal. Overall, BTC might confirm our previous prediction that the bullish trend, which started since mid-March, is coming to an end. Respectively, the bears are not targeting the vital support at the $9,000 mark. If the first days of the week are bearish, then the $9,000 mark will be reached next week.