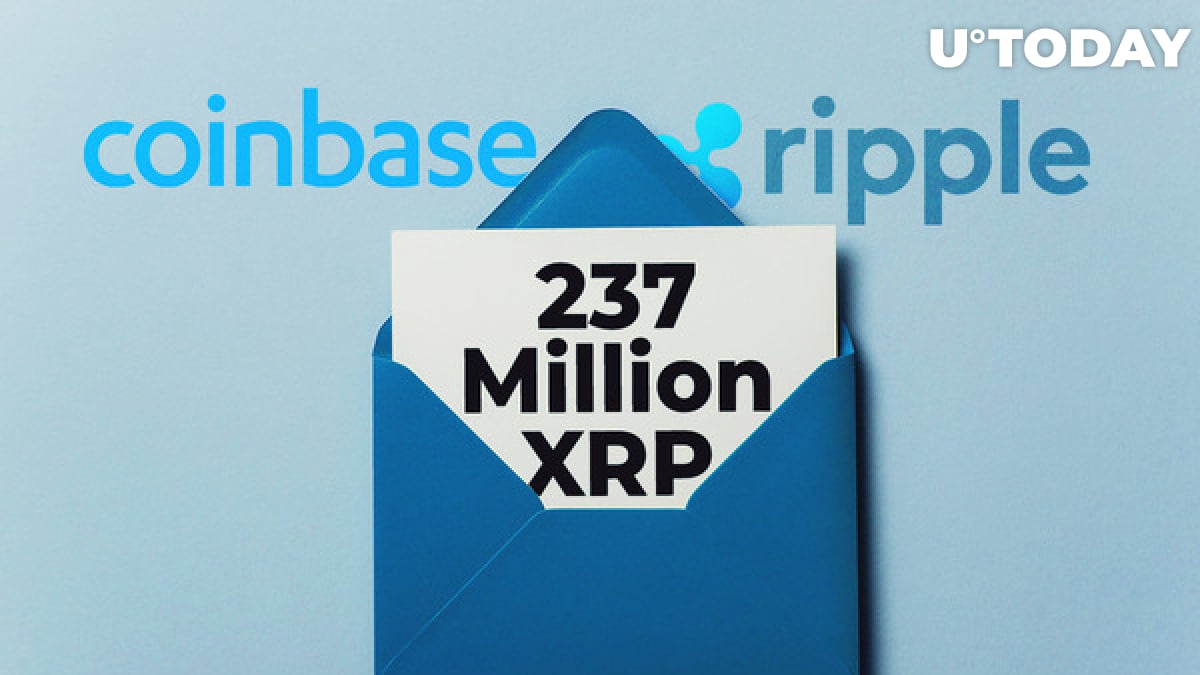 According to recent data provided by Whale Alert crypto tracker, the Ripple crypto decacorn and the largest U.S.-based crypto exchange, Coinbase, have made several transfers, transferring a total of 237.1 million coins.

As reported by Whale Alert, in the last 15 hours, Ripple fintech giant and Coinbase have conducted three transfers, carrying a total of $108.5 million worth of XRP.

With two transactions, Ripple has exchanged 37.4 million XRP (approximately $16.5 million) with one of its wallets, RL18-VN, which is used by Ripple to cash out XRP.

Coinbase has moved a jaw-dropping amount of XRP, sending 200 million coins in one transfer between its wallets.

Coinbase has been subject to a lawsuit from the SEC since Dec. 30 over what is believed to be "illegal XRP sales" by the U.S. securities regulator.

However, the U.S.-based exchange still allows its customers to store XRP on their wallets and withdraw coins easily.

The suit against Coinbase was preceded by legal action against Ripple itself and two of its highest-profile executives: cofounder Chris Larsen and Ripple chief Garlinghouse.

Ripple drops all of its MoneyGram shares

As reported by U.Today earlier this week, Ripple Labs and MoneyGram had terminated their partnership agreement.

This happened after MoneyGram suspended trading on Ripple's platform last month due to the aforementioned legal suit from the SEC.

But earlier this week, the two giants announced that they were parting ways. On Thursday, Ripple began cashing out all of its MoneyGram shares, pushing the share price of MGI about four percent.

This week, however, MoneyGram became indirectly involved in crypto trading as Binance added its payment option for customers in four major African markets.