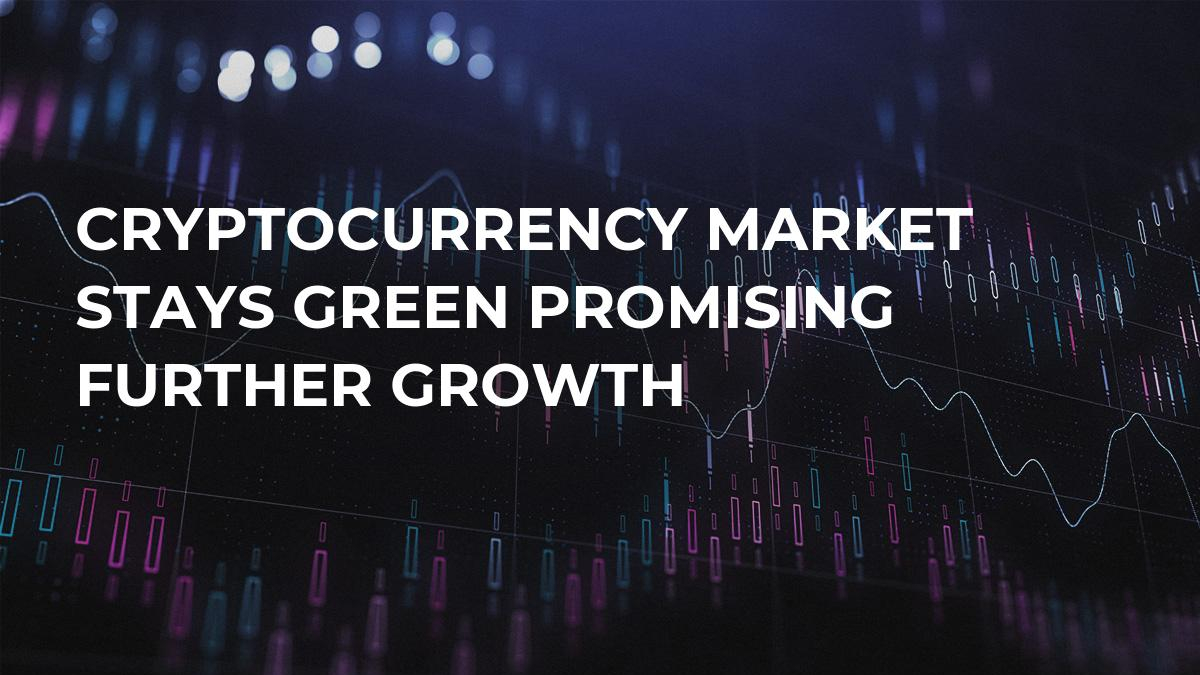 The end of last week was marked by several successes in the cryptocurrency market. First of all, Bitcoin buyers were able to keep the price above $8,200 (the importance of which we addressed in the previous review) and second, the price of digital assets has been showing a better tendency than that of the global stock indices. On Saturday and Sunday we observed healthy volatility, when some coins were appreciating faster than others, reacting to positive news. In general, the media cycle is becoming more encouraging: the Arizona Senate proposed a bill on the use of cryptocurrency in tax payments and JP Morgan (previously opposed to Bitcoin) suddenly admitted that digital assets are likely to stick around for a while. At the same time, expert opinions about the "the bursting of the bubble" are heard less often, which confirms our conclusions about the end of the correction.

By Monday, the total capitalization of the market continued to increase and reached $415 bln, but the dominance of Bitcoin decreased to 34.3 percent, which indicates the flow of funds from the main asset to altcoins. The best results in the top 10 were shown by NEO and Ripple, with an intraday price increase of 10 percent. While NEO has been going sideways in the last few days, XRP became the absolute record holder for gains. Just on Friday, Feb. 9 its price was $0.76 and today, it’s trading at $1, having reached up to $1.23 over the weekend. A significant role in Ripple’s success was played by the news of its agreement with foreign exchange giant UAE Exchange. Although, it is not yet clear whether the agreement implies the actual use of XRP tokens, or once again everything will be limited to xCurrent software.

Over the weekend, Bitcoin price reached a maximum of $9,000, later descending to refuel at $7,800. We do not regard this decline as a threat to further growth because without drops there can be no new heights. The main limiting factor is still the upper boundary of the long-term descending channel, marked on the graph in red.

At the same time, we are again observing the "inverse head and shoulders" figure, the exit from which coincides with the boundary of the channel. We expect that in case of activation, the figure will work out only at half-size, which happens quite often in active struggles between bulls and bears. The target growth zone is at the $10,000 level, coinciding with the 1.618 Fibonacci extension and the strong resistance. As before, Bitcoin price is supported from below by the curve marked in green.

After showing an impressive 50 percent growth on Friday and Saturday, Ripple went to local correction and fell to the $0.9 level, formed by the mirror support-resistance, as well as the 0.382 value of the Fibonacci grid. We expect further growth from the cryptocurrency because the main resistance levels in the form of descending channels (with upper boundaries marked in red on the graph) have been overcome. The target value is the range $1.3-$1.35 (green area on the graph).

At the time of writing, XRP is trading near the $1 mark, which coincides with fair price for the period since Jan. 17. In the case of a negative scenario, a decrease to $0.9 is possible, where the channel boundary will be retested.

During the global correction, ETH price dropped to $570, but over the following days, it showed an increase of 60 percent to $900 confirming high investor interest in this asset. It may seem at the time that many of the top 10 coins are outrunning it in gains, but we know from experience that for Ethereum slow and steady wins the race.

From the beginning of the year, the maximum volume of ETH was traded in the $970-$980 range, which is a fair price. This same value is also indicated by the 1.618 of Fibonacci extension and a strong mirror level of support-resistance. At the bottom, the price is protected by the $785 level. However, even in case of a decline, we do not expect the price to stay there for long.