Alex Dovbnya
The first quarter of 2020 could be a good period for embattled altcoins, according to trader Michael Van De Poppe 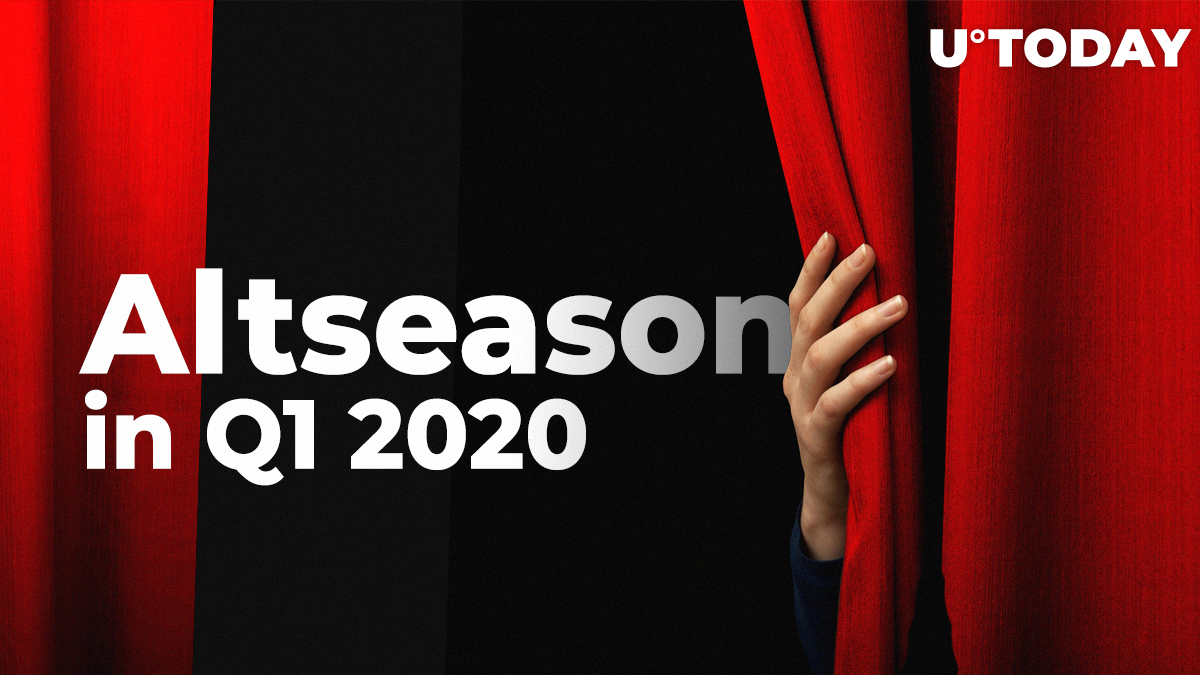 Both Ethereum and XRP, the two biggest alternative cryptocurrencies, are about to end 2019 in the red zone.

Amsterdam-based cryptocurrency trader Michael van de Poppe believes that 2020 could start on a high note for alternative cryptocurrencies that have been struggling throughout the previous year.

A massive breakout for Ethereum

Van de Poppe points to the fact that Ethereum historically tends to rally at the beginning of the year. For instance, the ETH price skyrocketed by more than 52 percent in February while Bitcoin was in limbo.

Historically, Q1 of the year has been a great period for altcoins.

Each massive breakout of $ETH in January showed a significant move.

Hence, there is every reason to believe that Ethereum could continue its Q1 winning streak in 2020. Other top altcoins might piggyback off Ether's strength and post significant gains.

As reported by U.Today, XRP and Stellar (XLM) turned out to be the worst-performing coins of 2019, shedding 39 percent and 50 percent of their value respectively.

Brace yourself for an alt season!

The trader also states that the dominance of altcoins usually bottoms in Q1. That means that Bitcoin could cede ground to smaller cryptocurrencies.

At press time, BTC is changing hands at $7,215 with its dominance index hovering just above the 68 percent mark, CoinStats data shows. For comparison, the leading cryptocurrency was responsible for only 52 percent of the total market capitalization at the beginning of 2019.

However, Wall Street vet Tone Vays is certain that the dominance of Bitcoin could reach up to 98 percent.