46.7 Million SHIB Burned in Over 24 Hours, While Burn Pot of This Company Rises to 191 Million Tokens

Yuri Molchan
Another large portion of Shiba Inu has been burnt, while an even bigger amount is going to be destroyed in four days 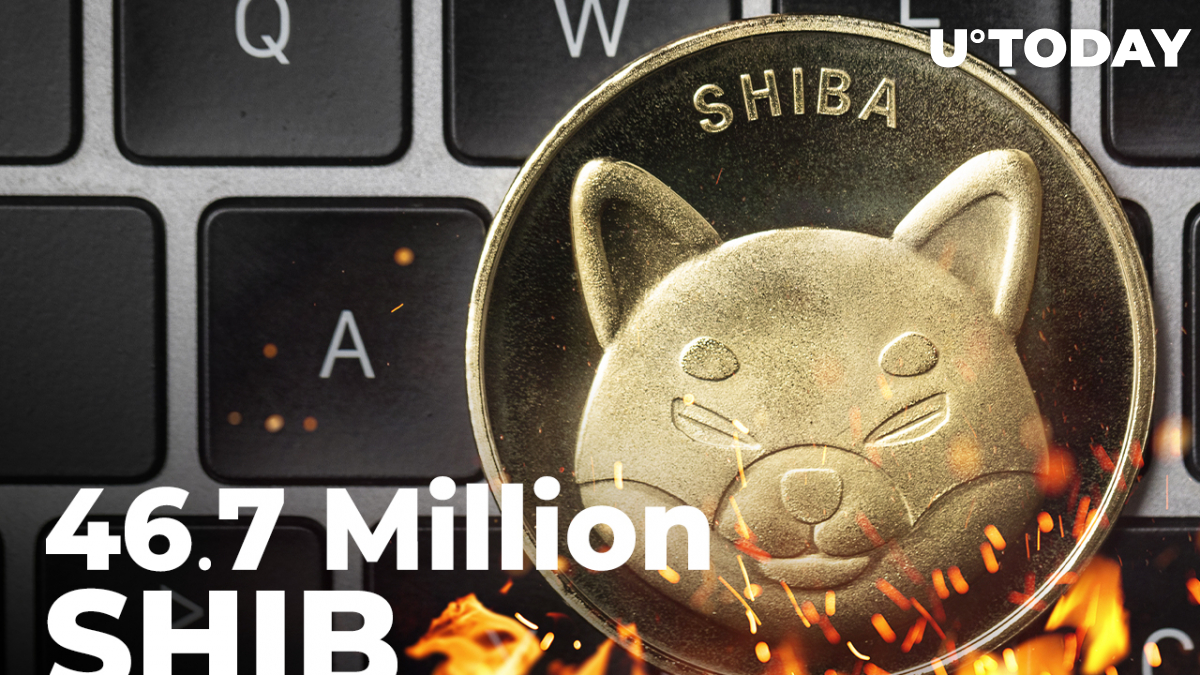 In its recent tweet, Shibburn Twitter account has written that over the past 24 hours, approximately 45 million coins have been removed from the initial SHIB emission, for good. In the following hours, another 1.8 million tokens followed.

Meanwhile, the SHIB burn pot of this company keeps growing, so far exceeding 191 million Shiba Inu, to be destroyed live on YouTube on Feb. 14.

46.7 million SHIB burnt by the community

Data shared by the Shibburn account shows that in the past 24 hours, the SHIB community has destroyed a total of 44,938,070 meme tokens by sending them to a dead wallet and thus removing them from circulation. That amount of crypto was shifted in 17 transactions.

Later on, within a few hours, another 1,883,210 SHIB were burned within two transfers, according to the same source on Twitter that duplicates information provided by etherscan, publishing it on its recently created website.

In the past 24 hours, there have been a total of 44,938,070 $SHIB tokens burned and 17 transactions. Visit https://t.co/t0eRMnyZel to view the overall total of #SHIB tokens burned, circulating supply, and more. #shibarmy

191 million SHIB to be incinerated in four days

This amount grows gradually as people listen to playlists on the company's website, play games and just contribute by purchasing a burn party subscription for $5.

According to the recent tweet by the company's owner, Steven Cooper, the firm needs to raise another $6,000 to make the coming burn party the biggest they have had yet. At the previous burn event on Dec. 26, the company sent slightly over 239.6 million SHIB to a dead wallet.

Overall, the firm has already burned nearly one billion tokens after beginning to help burn SHIB in late October.

Per a video recently published on YouTube by Cooper, Bigger Entertainment is working on increasing its monthly SHIB burn rate to a whopping 1.3 billion tokens, worth approximately $30,000 at the current SHIB/USD exchange rate.

The entrepreneur stressed that they are planning to do that by using three tools: YouTube videos, playlist and gaming. The former two options are available on the firm's website that is currently being rebuilt.

Cooper reminded the community that Bigger Entertainment is not the only team in the SHIB Army that is burning tokens on a regular basis, so the Shiba Inu supply is going to be reduced gradually with the goal of pushing its price up. Many hope that thanks to these efforts, the token may shoot to $0.01 in the near future.