Tomiwabold Olajide
Solana and Polkadot are now available on Bitstamp 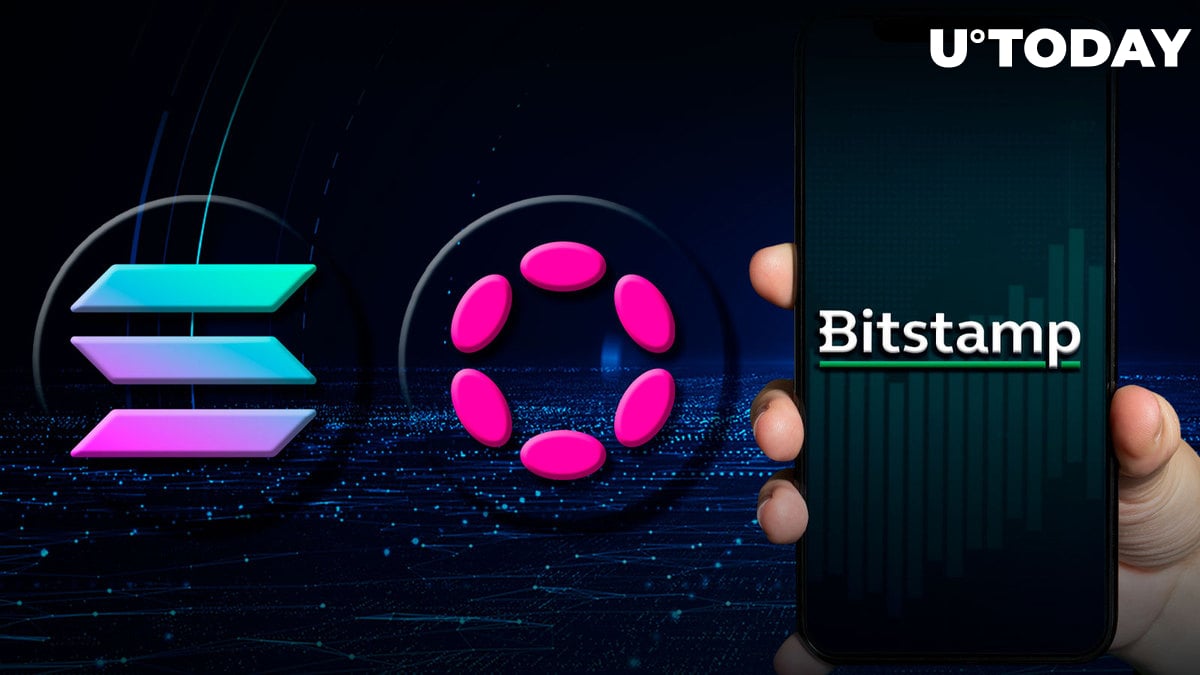 The crypto exchange listing bot has sounded an alert that top cryptocurrencies Solana and Polkadot are now listed on Bitstamp. Solana (SOL) ranks as ninth largest cryptocurrency in terms of market capitalization, while Polkadot (DOT) ranks as eleventh largest at present.

We've detected that Polkadot $DOT has been listed on Bitstamp!

Notably, the exchange announced the listing of meme cryptocurrency Shiba Inu (SHIB) in June after postponing it due to technical difficulties.

We've detected that Solana $SOL has been listed on Bitstamp!

As reported by U.Today, the oldest cryptocurrency exchange still in operation, Bitstamp, just celebrated its eleventh birthday. Given that the exchange has managed to survive all these years in a sector that is rife with scams and hacking incidents, this remains another significant milestone for the exchange. Mt. Gox, the dominant cryptocurrency exchange in the early years of the industry, collapsed in early 2014 as a result of a devastating hacking incident.

Solana has established itself as a competing blockchain to Ethereum, which has come under fire for its exorbitant fees and sluggish transaction times. However, this has come at the cost of multiple network disruptions in the past year.

Despite the outages and the recent multimillion-dollar wallet hack, Solana has made its way to major crypto exchanges. In April, stock brokerage app Robinhood announced its listing of Solana.

A few months back, the news of the "Solana Phone" made headlines. Solana co-founder Anatoly Yakovenko stated that the network's smartphone, the Solana Saga, was a means of bringing cryptocurrency into the world of mobile computing.

In essence, the SOL Phone would serve as a hardware cryptocurrency wallet. Additionally, it would contain a developer's stack that would make it simpler to create and download cryptocurrency apps. Polkadot also continues to rank ahead of the pack in terms of its development activity.

🔴 #Polkadot is having a high level of positive sentiment this week, and an uptick in discussion rate over the past 24 hours. The 2nd fastest developing asset by its rate of notable #github submissions is down 86% since its November 4th #AllTimeHigh. https://t.co/Eh8P80kT8K pic.twitter.com/VyiKpt5YEa

According to on-chain analytics firm Santiment, Polkadot was the second most developed project in the last 30 days, closely trailing Ethereum.

Here's How Massive Amount of BabyDoge Can Be Burned: Details
Show all
Ads
Ads