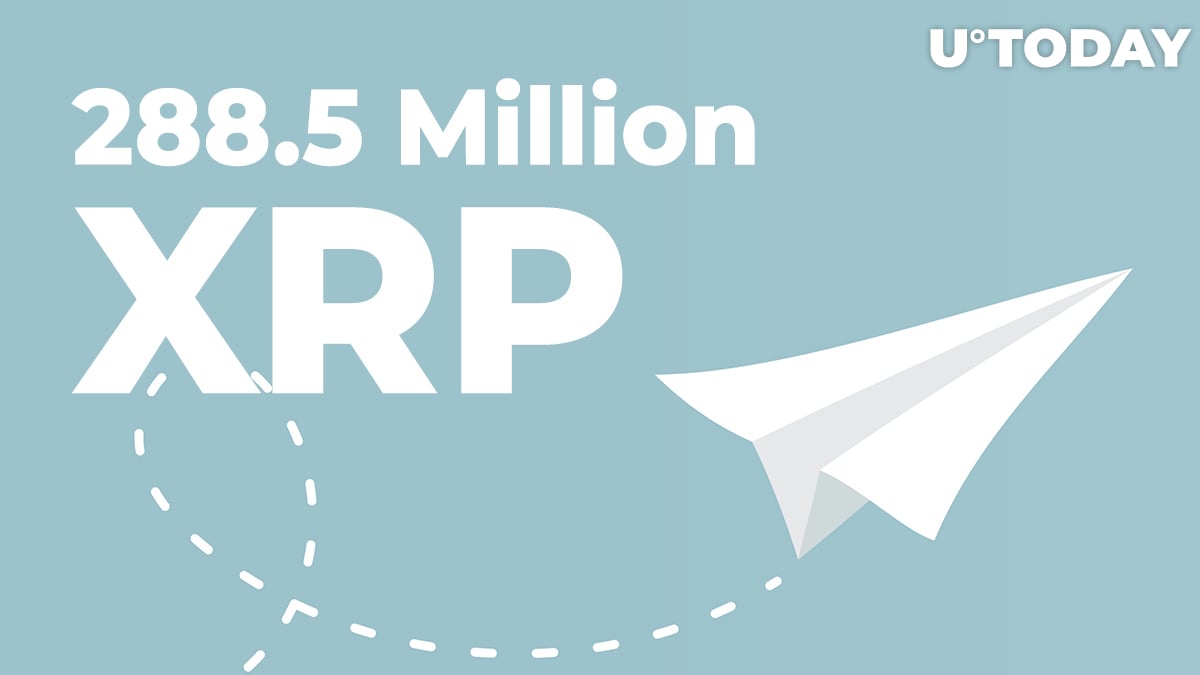 According to crypto tracker Whale Alert, over the past 15 hours, a mammoth-sized amount of close to 289 million XRP coins has been transacted by one of Ripple's ODL platforms, Binance trading giant and several other crypto exchanges.

Meanwhile, the seventh largest coin, XRP, has dropped to the $0.44 level, losing almost 18 percent over the past 24 hours, according to CoinMarketCap.

Over $131 million in XRP shifted by crypto exchanges

Details of the aforementioned XRP transactions were provided by Bithomp analytics website.

As reported by U.Today on Monday, U.S.-based remittance behemoth MoneyGram announced that it had suspended trading on the On-Demand Liquidity (ODL) platform provided by Ripple and will not be benefiting from Ripple's market development fees in the first quarter this year.

The reason for this move by MoneyGram was the lawsuit initiated by the SEC against the fintech decacorn in December 2020.

Initially, MoneyGram stated that it would monitor the situation between the securities regulator and Ripple. Back in December and January, several major exchanges announced they would be suspending XRP trading.

Among them were Coinbase, Binance US, eToro, Bittrex and other digital exchanges.

Two years ago, the San Francisco-based blockchain company invested around $50 million in MoneyGram to become a holder of 10 percent of its shares. In the fall of 2020, however, Ripple sold a substantial amount of MoneyGram shares.

Still, Ripple hopes to resume the collaboration soon enough. Ripple's Asheesh Birla has confirmed that the remittance giant has already stopped using ODL, but the contract between the companies is still in place.