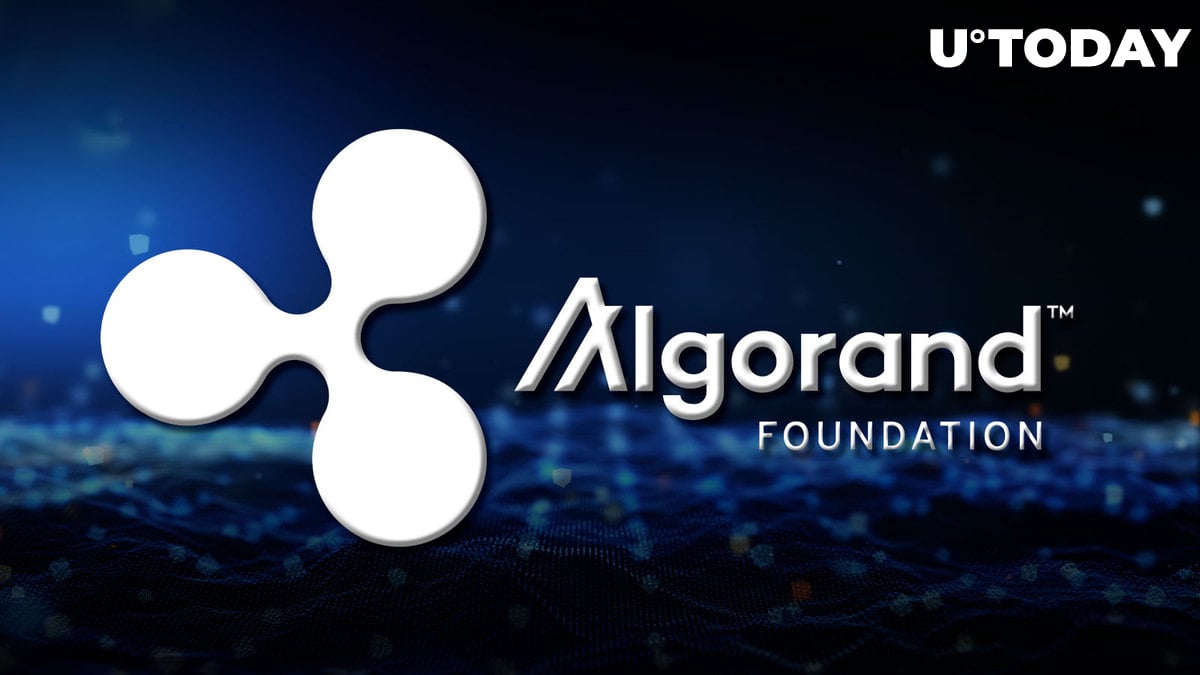 Devan Moorthy, former senior manager of business development (APAC) at Ripple, has moved to join the Algorand Foundation. The announcement by the Algorand Foundation CEO reads: "Wow am I excited to announce that Devan Moorthy has just joined the AlgoFoundation as Head of Ecosystem Access. He will wake up every morning worried about whether the ALGO and ASAs are listed on exchanges and in wallets, etc. He comes from Ripple. I'm sorry, Ripple."

Wow am I excited to announce that @devanmoorthy has just joined the @AlgoFoundation as Head of Ecosystem Access. He will wake up every morning worried about whether the $ALGO and ASAs are listed on exchanges and in wallets etc. He comes from @Ripple. I'm sorry, @Ripple. #LFG

As reported by U.Today, a former Cardano technical contributor, John Alan Woods, has also moved to join the Algorand foundation as its CTO. Cardano creator Charles Hoskinson praised the Algorand community, saying, "Algorand is an excellent project with exceptional people," while responding to the news of Alan Woods' move.

In late July, former Algorand CEO Steven Kokinos announced his resignation to pursue "other interests," but he would remain as a senior adviser until mid-2023. Algorand thus promoted Chief Operating Officer W. Sean Ford to the interim CEO afterward. Ford, who joined Algorand in 2018, had overseen go-to-market execution and operations.

Ripple recognized as one of fastest-growing firms

Proud to be part of the @Ripple team today and every day. We’re having a record year with RippleNet growth (9x YoY growth for On-Demand Liquidity in Q2), and 600+ employees globally! https://t.co/NIb0sgklqn

As reported, Ripple was also named as one of the best Medium workplaces by Fortune Magazine. The report gave the total number of Ripple employees around the world as 575. Despite facing legal woes in the U.S. because of the SEC lawsuit, the fintech behemoth managed to sustain its global expansion by announcing new roles.