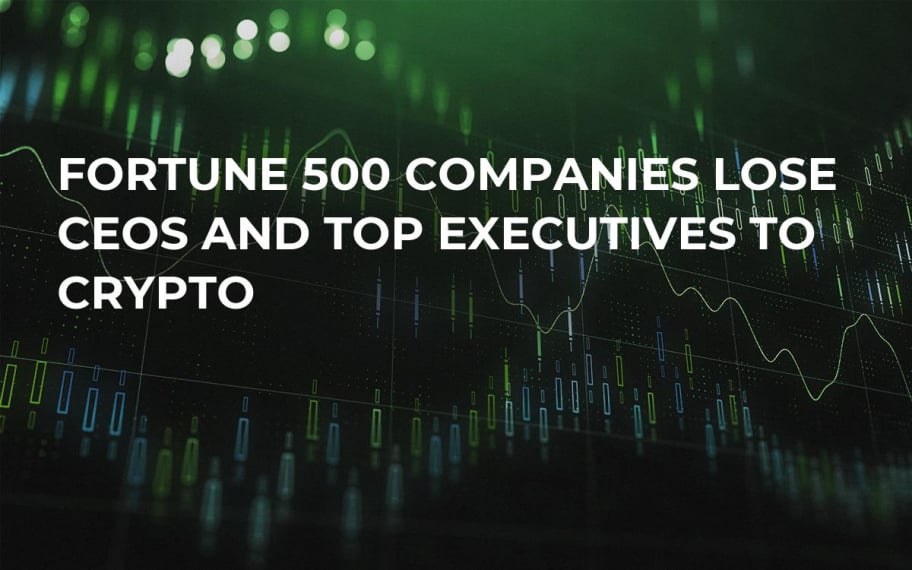 The exodus of top executives from Fortune 500 companies in favor of pursuing leadership roles in the cryptocurrency markets indicates a robust future for digital currencies.

Former CEO of Visa UK and advisor to UK-based digital banking giant Revolut, Marc O'Brien,  announced that he has been appointed CEO of Crypterium, a mobile crypto banking app that will allow users pay with cryptocurrency, on Thursday.

O'Brien, who more than doubled Visa's business to $600 mln from $250 mln and increased the company’s market share of debit card payments to 97 percent, says moving to Crypterium is about “pioneering” the crypto industry:

"I strongly believe that cryptocurrency is about to go mainstream and we can be pioneers to build Crypterium into a terrific business."

Crypterium is building a mobile app that will turn coins and tokens into money that you can spend with the same ease as cash, enabling customers to pay with your cryptocurrency at any NFC terminal, or via scanning the QR codes, the company says.

Both Matta and O’Brien were responsible for billions in assets, and their move to cryptomarkets is a strong signal regarding the role that digital currencies are poised to play in the future of the financial services industry.

Leaving huge bonuses and compensation packages offered by Wall Street’s top firms on the table is not an easy decision, but instead, more of a “calculated- risk”  says Matta.

Matta told CNBC in an interview:

“They called in the CEO of my organization, and he said, basically, ‘Are you crazy? Do you realize the risk you are taking here?’ You are giving up on your bonus!”

Most executives don’t seem to mind the market’s volatility, but instead are excited by the fast-moving market, its risks and potential for big rewards.

“In the crypto world, every month is like a year in the equities space. The amount of things that would change in that time, the number of funds that would come to market, it would just be a much more difficult landscape for us if we were trying to get things up and running in February. It’s either going to zero, or it’s going magnitudes higher. I don’t regret it at all. It’s been the most exciting few months of my life, honestly.”

Industry leaders like Matta and O’Brien spend years calculating the risks and rewards to understand prospects of emerging trends. These executives think about factors such as the potential market-size and competitive differentiation in the marketplace. Cryptocurrencies have become a lure because they offer unlimited potential in both of these areas, experts say.

For Brad Garlinghouse, who left behind a career at internet giants AOL and Yahoo to lead Ripple(XRP), the move to cryptocurrency markets has paid off.

Garlinghouse, now the owner and CEO of the world’s fourth largest cryptocurrency, says his decision was fueled by the understanding that fundamental change was happening:

"For me, joining this industry was a belief that there is something, a movement, a fundamental change happening. If we're successful, then that's transformative. It allows us to put our own little dent in the universe."