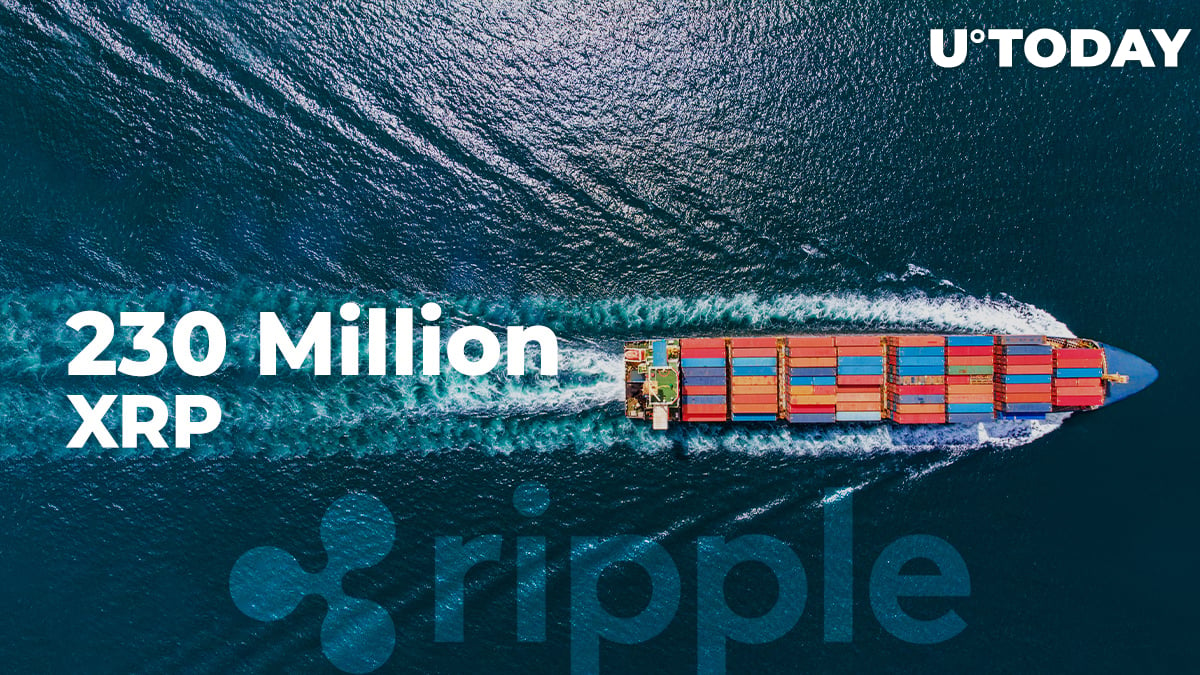 According to data posted by Whale Alert crypto tracking platform, a mammoth-sized amount of XRP—230 million—has been transferred over the past 15 hours.

In the meantime, one of Thailand's largest banks, running on RippleNet, has set up a $50 million fund to invest in blockchain startups, DeFi platforms and crypto assets.

As per Whale Alert, anonymous whales have recently wired slightly under 230 million XRP in two major transactions. This totals $103,144,654.

Data from analytics website Bithomp, which tracks XRP transactions, says that both transactions were conducted by Coinbase: the largest crypto asset exchange in the U.S.

This platform has been sued by the U.S. regulator SEC, which accused Coinbase of charging commission fees on XRP sales. The latter are alleged by the SEC to be unregistered securities.

Ripple faced a similar lawsuit from the regulator on December 21, 2020.

According to the recently issued Q4, 2020, XRP markets report, Coinbase customers are still allowed to use their XRP wallets to transfer and store their coins. It is only XRP trading that has been suspended.

According to an article by Tech In Asia, the largest commercial bank in Thailand, SCB, has launched a new $50 million fundto support crypto, DeFi and blockchain startups.

The fund will be investing in companies that work in the spheres of decentralized finance, blockchain and digital assets globally.

The fund's chief investment officer, Mukaya (Tai) Panich, believes that there are strong parallels between the traditional financial sphere and the blockchain-powered one.

According to a press release shared with U.Today, another RippleNet client, major digital payment service Azimo, has partnered with the biggest commercial bank in Pakistan, HBL, and has announced the launch of a new digital money transfer solution.

The new product will enable Pakistani citizens who live and work abroad to send cash back to Pakistan from Europe, the U.K. and elsewhere seamlessly and cheaply.

Users can send funds via Azimo to any bank account located in a Pakistani bank or wire them to any branch of HBL to be collected.

The bank (HBL) has more than 30 million clients; its mobile app boasts a user base of over 1.8 million.