Denys Serhiichuk
Can any altcoins rise against a falling Bitcoin (BTC)? 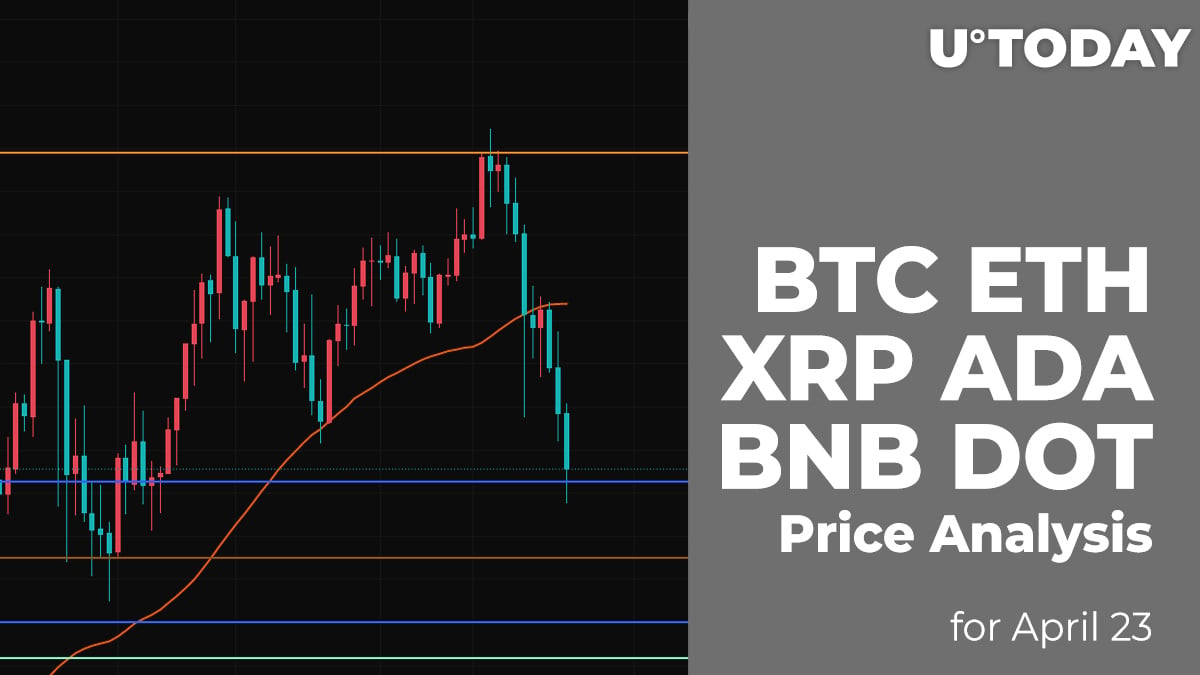 The market has again entered a correction wave as all top 10 coins are located in the red zone.

Even though the market may have entered the correction cycle, Bitcoin (BTC) is the top "gainer" as the rates of altcoins have gone down much deeper.

On the daily chart, Bitcoin (BTC) has touched the support zone at $48,800. However, no bounceback has occurred, which means that the rate of the main crypto might head lower. In this case, the next support is around the zone of $45,000.

The rate of Ethereum (ETH) has faced a more profound drop, as the drop has made up 12.35%.

Etherum (ETH) has also entered the bearish zone, and there are no prerequisites for a long-term bullish trend.

As a more likely scenario, one may expect a retest of the MA 50 that refers to the level around $1,950.

XRP is the top loser today as the rate of the coin has declined by 17% since yesterday.

On the daily time frame, XRP is also on its way to testing the MA 50 that is located around the area of $0.82. There may be a short-term bounce-off from that area.

Cardano (ADA) has tested the level of $0.98. However, bulls are unlikely to hold as the bears keep pressing. In this regard, there is a good chance of seeing a retest of the next level of $0.70 shortly.

Binance Coin (BNB) is the second-most falling coin today as its rate has gone down by 13.20%.

Despite the decline, Binance Coin (BNB) is trading above $500, which means that bulls are not going to give up so easily. As a more likely scenario, traders might expect a sideways trend in the range of $480-$500.

The rate of Polkadot (DOT) has decreased by 12% over the last day.

Even though Polkadot (DOT) has followed the decline of Bitcoin (BTC), its short-term scenario is bullish. The selling trading volume is at its peak, which means that sellers may have fixed their positions. In this case, there are chances of seeing DOT at the level of $37 soon.