Blockchain As a Lingua Franca: A Thing to Consider

Evgeny Konstantinov
Dictionaries refuse to include crypto definitions of words 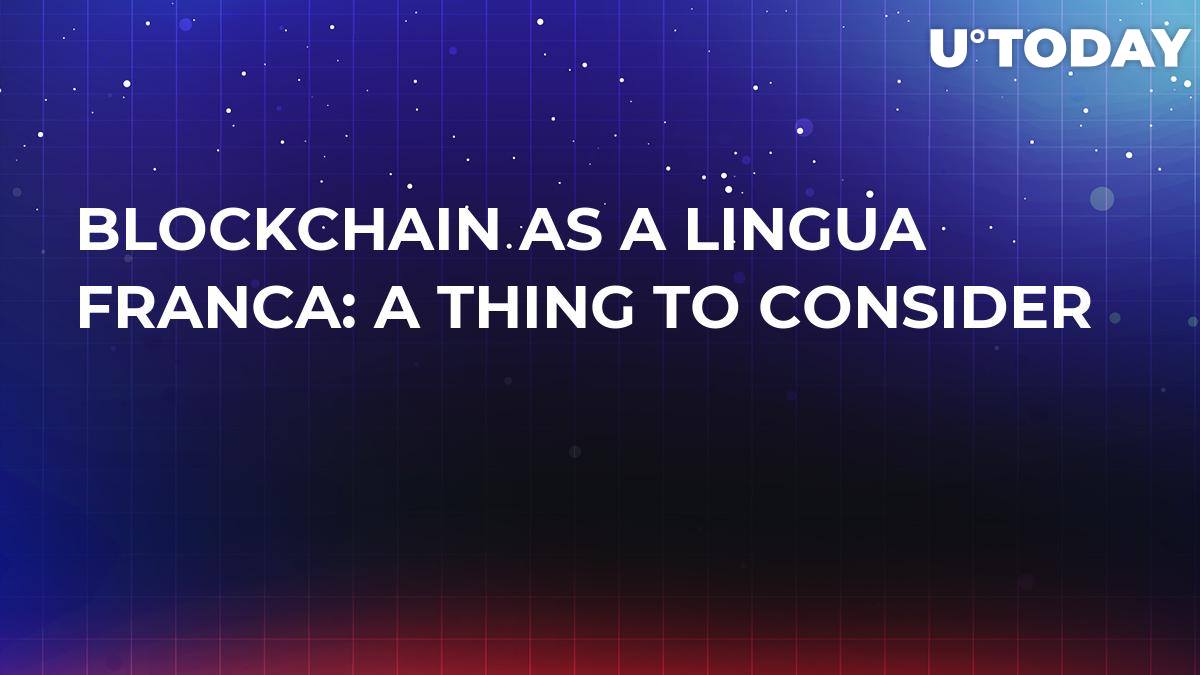 As with any new technology entering the public space and gaining traction, there’s a certain degree of word coinage and change in meaning which is above average. This indicates an interest in the field.

The human language is extraordinarily economical—we often tend to use as few words as possible to communicate our message—but at the same time it’s both flexible and adaptive. When a new concept is introduced, it goes through a word coinage or meaning change process, and there’s always a degree of fuzziness to it.

Crypto outside the Blockchain

When talking crypto, the word “blockchain” is a prime example of ambiguity. Not everything you see in the crypto space is actually “blockchain”, e.g. there are directed acyclic graph (DAG) based projects, which have little to do with the Blockchain, as there are proprietary code products that you can get involved in by purchasing their coins but still not know what’s inside the actual technology.

And while Merriam-Webster gives the same disemanticized definition of the word “blockchain” that’s currently dominating the space, the word “trustless” has not yet entered the domain of most dictionaries. This is a curious fact as “trustless” in its current linguistic norm—that is, outside of the crypto space—means an almost polar opposite to the way it’s used when talking about the Blockchain.

The more broad, public definition for “trustless” is “not deserving trust.”

In contrast, the Blockchain-related definition of “trustless” is “not requiring trust.”

The concept of trust is a vast topic to cover, and there’s an equally vast amount of literature on it. It’s also the concept that’s been of greater than usual interest in the past few years, which indicates a major shift in how we operate as a society.

But first, a few words about lingua franca, which today is the English language.

English is the language of the all-encompassing Internet. It’s the language we speak when communicating across cultures. It’s global. It’s international. It’s the common denominator for the prevailing number of communities that are connected and operating in the digital space. It’s what makes the communication possible. And it belongs to us, the people.

The language is decentralized in this sense, no single authority can really control it: attempts have been made in the past, to no avail. A good example of this is Merriam-Webster’s inability (or unwillingness) to catch up with the Blockchain’s definition of the word “trustless”. Incidentally, the word itself is doing just fine without the centralized dictionary.

The world is connected, and the number of Internet users is only growing. In 2018, we hit the 4 billion mark of total users with nearly 250 million new users coming online for the first time in 2017.

And while lingua franca is very much alive and (un)happily decentralized in the digital space, the other key thing indispensable for our communication is not. The backbone of digital communication and home to many international communities are centralized platforms. Platforms with proprietary code, algorithm obfuscation, and pretty much zero transparency.

Does that make sense, to possess the natural means of communication, the lingua franca that brings us together, only to make it containerized on platforms with unclear, or at least not immediately evident, objectives?

When you go online and interact with the multitude of communities and equally invested individuals, should you be doing so on the, to use Jaron Lanier’s term, “behavior modifying” platforms that only see you as numbers in the crunch, as figures that translate into money? Isn’t that counter-productive to what this digital space is all about?

We are yet to see the true shape and effectiveness of this as it pertains to the decentralized nature of lingua franca. The technology should not be turning us into prey, this much is clear.

The technology accommodating language should be decentralized.

Join U°Community today and be one of the first to use this platform as the backbone of your decentralized online communication.