BTC vs. XBT: What’s the Difference Between Bitcoin Symbols?

Alex Dovbnya
CoinMarketCap, a touchstone for cryptocurrency research data, displays the BTC ticker, but U.Today tries to determine what other Bitcoin symbols you may stumble upon 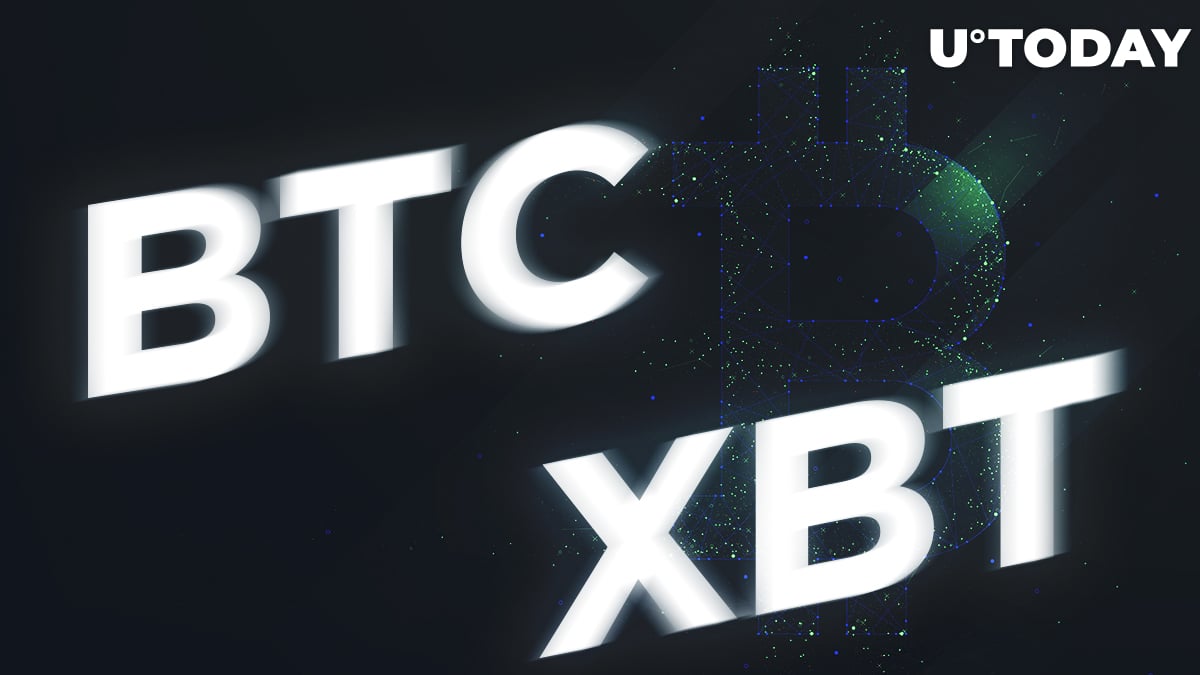 Despite some common beliefs, no one registers a cryptocurrency ticker (they are not protected under copyright law). It pertains to all known crypto tickers, including the ubiquitous BTC and ETH. They are perceived as the standard ones due to the fact that they come straight from Satoshi’s and Vitalik’s respective white papers.

For ICO issuers, it is a mundane practice to specify the name and the ticker of the token to avoid confusion. In order to list stocks, bonds or other securities on the NYSE, there is an approval process involved, but there are no geographical restrictions, which essentially means that the same ticker could work in another country. However, when it comes to the decentralized world of cryptocurrencies, it is not an easy feat — there are certain coins in the likes of Nimiq’s NET that fail to get listed on exchanges because it coincides with another cryptocurrency.

The tale of two Bitcoin tickers

Before Bitcoin hit the mainstream, the only existing Bitcoin ticker was BTC (the logical shorthand that doesn’t raise any additional questions). As mentioned above, the BTC ticker was created by Bitcoin’s elusive creator Satoshi Nakamoto, so there was no need to come up with another variant — everyone perfectly understands what BTC is.

So, what is XBT? When the popularity of the flagship currency started skyrocketing (along with its price), there was a need for a currency code, but the problem was that the ‘BTC’ ticker name actually violated the ISO 4217 standard. According to these rules, the first two letters of the currency symbol are supposed to represent the country (case in point: USD where ‘US’ stands for the United States). When it comes to Bitcoin, there was an issue with Bhutan — the ngultrum (BTN), the country’s national currency, created roadblocks given that its very first letters coincide with that of Bitcoin.

That eventually prompted the appearance of a brand-new Bitcoin code: XBT (it is still not considered to be the official ticker of Bitcoin). Apart from the vast majority of national currencies, ISO 4217 also provides codes for the so-called ‘super currencies’ that are not restricted to a certain currency and pose as a global medium of exchanging money. These currencies are also dubbed ‘X currencies’ due to the fact that they always begin with this very letter:

Given that Bitcoin is an international currency, it is now crystal clear why it starts with X, but the third letter of the new abbreviation might still seem rather confusing for uninitiated traders. XBC is by far the most obvious variant if you take into account the name of the currency (‘bit’ and ‘coin’). The answer is simple: there is already a currency with this ISO 4217 currency code that stands for a European Unit of Account.

The state of adoption

Now that you know the origin of the ‘XBT’ ticker (if you knew about its existence in the first place), let’s compare it with BTC, the old-timer that has been associated with Bitcoin since its very inception in 2008. For instance, if you want to google the price of Bitcoin, BTC is your best bet (however, the XBT cryptocurrency will work just fine as well).

There is no consensus between different cryptocurrency exchanges on what Bitcoin ticker should be universally accepted. For instance, Coinbase, a major San Francisco-based cryptocurrency exchange whose valuation has recently exceeded $8 bln, sticks to BTC. Meanwhile, Kraken, Coinbase’s biggest competitor in the fiat-to-crypto niche, was one of the first exchanges to give edge XBT edge over the more established abbreviation.

In a brief post, Kraken explains that establishing one common standard contradicts the idea of decentralization, which is why there is no officially accepted ticker. They claim that the Satoshi-proposed ticker enjoyed the widest use in the crypto space, but the new abbreviation is particularly important for cryptocurrency adoption since it places the fledgling asset class in gold as a global currency that is gradually gaining legitimacy.

Having a currency code in a centralized system may not seem like a big deal. However, it makes a world of difference when it comes to the Bitcoin adoption problem — the green light given by ICOs allows Bitcoin to enter the databases of major clearing networks (PayPal, SWIFT, etc.). Needless to say, the new ticker also boosted the recognition of Bitcoin on Wall Street (Bloomberg terminals were among the first to adopt the new XBT abbreviations).

After coming up with an alternative Bitcoin symbol, another top-level issue consists in determining subunits.

One XBT coin has eight subunits, but this is not the final division given that the number of decimals would have to increase over time. Still, only three subunits have managed to achieve mainstream adoption in the crypto space:

NB! Some exchanges have long been displaying BTC price in bits, leaving only two decimals on the right.

Things are getting even more complicated — prepare for more tickers

If you are dealing with huge economic sites such as the likes of Yahoo! Finance, you won’t likely see either of those abbreviations. They normally use the NYXBT ticker that represents the NYSE Bitcoin Index created by the New York Stock Exchange back in 2015.

It is worth mentioning that the index is not quite convenient for cryptocurrency traders since it updates only once a day (at 6 p.m. EST). Due to the volatile nature of cryptocurrencies, the exchanges (Coinbase and others) that update data in real-time would be by far a better choice. The current prices are also displayed on U.Today (at the very top of the website).

To make things even more confusing, there is one more ticker called $BCOIN that is specifically designed for the website StockTwits. Meanwhile, investors who trade Bitcoin on the stock market are certainly familiar with the Bitcoin Investment Trust ticker (GBTC). There is also yet another Bitcoin stock symbol, BITCF (it stands for First Bitcoin Capital Corp).

Remarkably enough, Bitcoin is not the only coin with multiple confusing tickers. Bitcoin Cash, the offspring of the world’s largest cryptocurrency, initially used the logical BCC symbol, but there was already the BitConnect token with the exact same symbol. Eventually, the BCH ticker symbol appeared, but some exchanges still stick to BCC.

Recently, it provoked a heated discussion on one of the biggest crypto-related subreddit, with users calling out Binance for failing to update the old symbol. Due to the big scope of the controversy, Binance CEO Changpeng Zhao himself had to comment on the situation, claiming that the change of the ticker would cause at least a two-hour-long trading halt.

“We felt the tradeoff is not worth it. Thank you for your understanding.” – CZ, the CEO of Binance.

One has to realize that both of these tickers are interchangeable, and both of them are here to stay. Hence, the BTC vs. XBT discussions are futile.

While BTC has already become a staple in Bitcoin’s community, XBT saw a wider adoption by traditional financial institutions along with some crypto exchanges such as the likes of Kraken