Valeria Blokhina
U.Today helps you keep an eye on the first crypto events of this year! 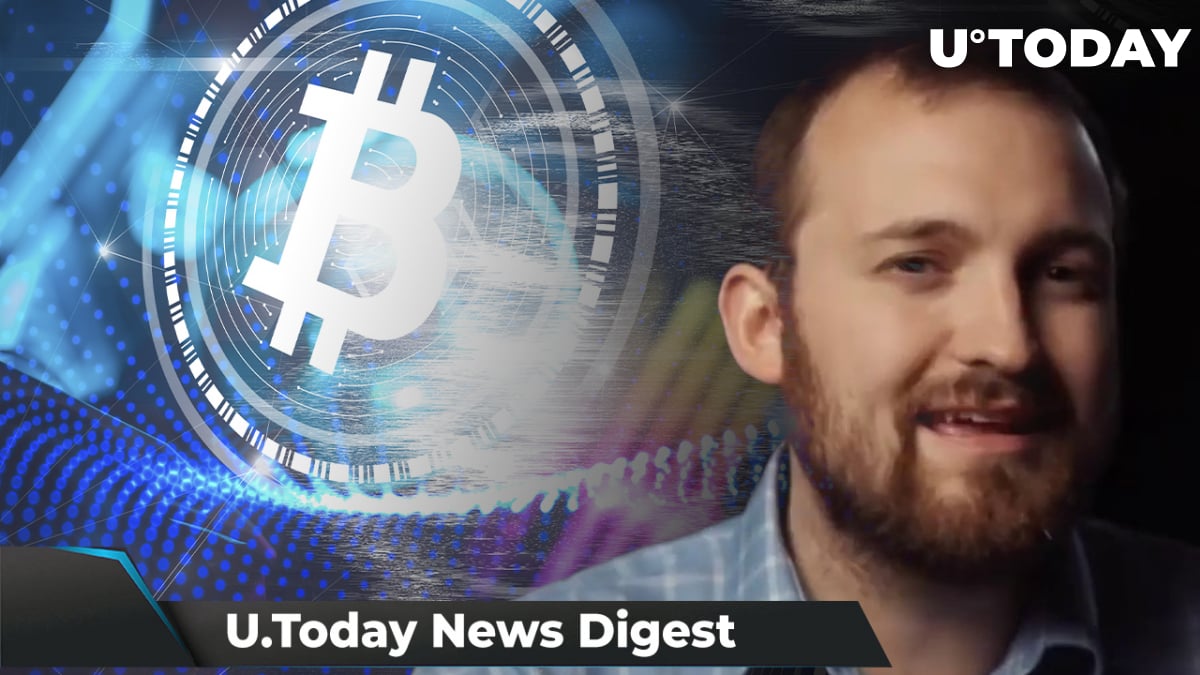 As the crypto world welcomes 2022 and recollects the major events of the past year, U.Today presents you with the top five news stories over the first days of January.

The Bitcoin community has another reason to celebrate apart from the arrival of the New Year: the BTC network has never been as strong as it is now thanks to the flagship crypto's hashrate reaching a new record peak of 203.5 exahashes per second. By the end of the week, Bitcoin mining difficulty is expected to rise to 24.98 trillion, barely a hair's breadth away from the 25 trillion threshold set in May before the China ban.

The XRP price is currently struggling in the $0.8 range. The XRP community believes that the only thing preventing the coin from surging is the SEC v. Ripple case. Therefore, XRP supporters are waiting for April 2022 when, according to attorney Jeremy Hogan's prediction, the case would be over.

Cardano founder Charles Hoskinson has again shared his negative stance on the current U.S. system of taxing crypto by posting a meme about the IRS. In the meme, a taxpayer is asking the service to deduct gas fees for minting and the balance from tax on short-term capital gains after losing 90% of their crypto funds. The taxpayer earned 6,900% on staking $7,000 worth of CumRocket, then invested the earnings in NFTitties and lost almost all of it after the devs performed a rugpull.

Back in August 2021, Hoskinson fiercely opposed the tough crypto taxing initiative that a group of U.S. senators attempted to pass.

In a lengthy Twitter thread, Ethereum co-founder Vitalik Buterin decided to reflect on his earlier predictions and to share what he thinks about the matter now. In one of his tweets, he called Bitcoin Cash "mostly a failure" since it primarily formed as a protest movement based on a rebellious mindset. This is why it lacks a coherent vision for moving forward.

Even though the 27-year-old programmer admitted that some of his past comments are laughable (like his initial proof-of-stake and sharding roadmap), a couple of others, he believes, are still worth being proud of. Back in 2013, Buterin predicted that altcoins would become big even before they were cool and also foresaw the emergence of a decentralized exchange like Uniswap.

According to the latest news, nine companies joined the SHIB Burn Pledge, willing to participate in the Shiba Inu token burning initiative. By signing on to this pledge, businesses agree to send a fixed percentage of profits, sales or a dollar amount to the official SHIB burn wallet. The list of participating companies includes Shiba Coffee Company, Bigger Entertainment, The Vibe Maquillage, Marklien and others.

Meanwhile, on Jan. 3, Bigger Entertainment CEO Steven Cooper tweeted that another 2.75 million Shiba Inu were taken out of circulation.