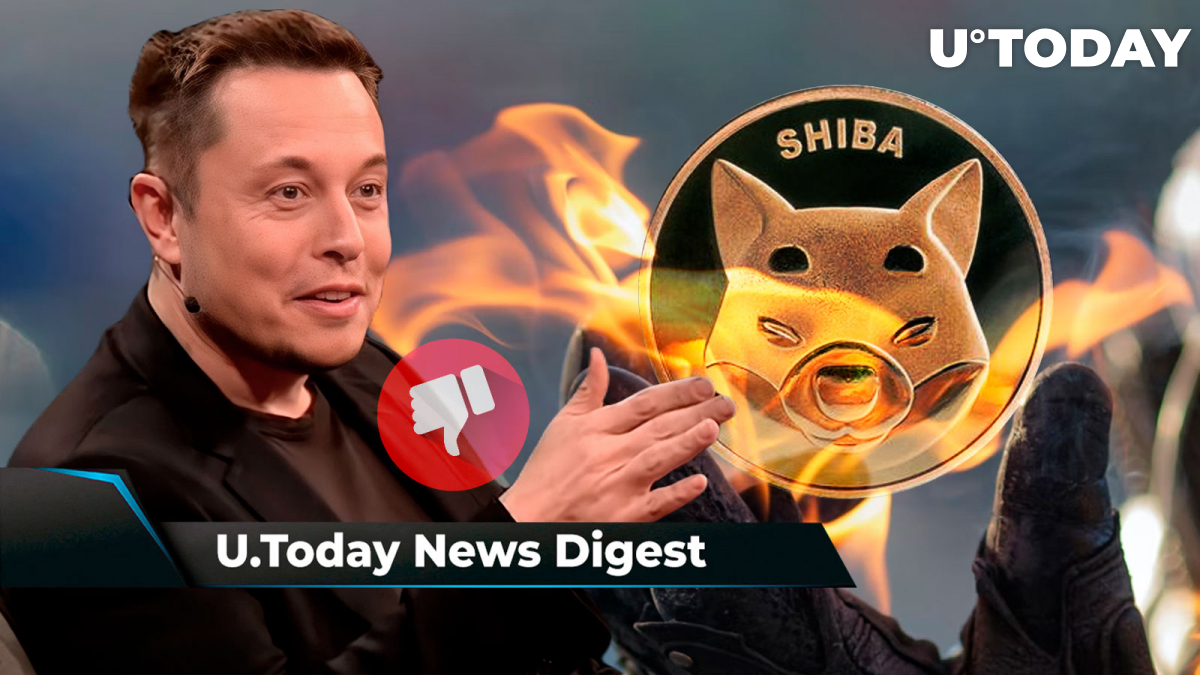 As reported by Shibburn, 1.13 billion SHIB were destroyed over the past week. The number might seem impressive at first; however, it is only 0.0002% of the circulating volume of the token supply, which is estimated at 550 trillion coins. Besides, 1.13 billion SHIB is only $13,500 in fiat equivalent. If the burning mechanism continues to operate at the same slow pace, it will take seven million years to burn the entire SHIB offering. Considering the fact that the most popular burn portal found itself in this situation, those who hope to see SHIB “flying to the moon” thanks to burning anytime soon should reconsider their expectations.

In his latest tweet, Dogecoin creator Billy Markus ironically wrote that he no longer likes Elon Musk, Tesla and SpaceX CEO. He reasoned that the change in his attitude toward the entrepreneur was caused by the media saying “bad things” about Musk, making it popular to dislike him. The centibillionaire rushed into the thread to state that the media has a strong negative bias, which, unfortunately, generates lots of clicks. Musk believes that the narrative moves in cycles, and the "media hate" toward him will end as soon as users stop providing traffic to websites that release the aforementioned articles.

Holders of the two meme coins, SHIB and DOGE, are celebrating another act of adoption as   Hublot, the Switzerland-based elite watchmaker, started accepting them, along with other cryptocurrencies, as a legal means of exchange. This became possible thanks to entering into a strategic partnership with BitPay, a crypto payments processing platform. From now on, customers can purchase Hublot watches, paying with 13 digital currencies, including not only Shiba Inu and DOGE but also Bitcoin, Ethereum, Bitcoin Cash, Litecoin and stablecoins USDC and DAI. Also, customers can choose from a hundred wallets for payment, including BitPay Wallet, Coinbase Wallet, Exodus and others.

According to data provided by Bithomp's XRP Ledger explorer, as usually happens on the first day of each month, Ripple fintech giant has released 1 billion XRP tokens from two escrow wallets. At the time of the token release, XRP was trading at $0.38 on major spot exchanges and declined a bit more since then; according to CoinMarketCap, the Ripple-affiliated token is now valued at $0.36, down 2.54% over the past 24 hours. The reason behind XRP’s recent weakness is allegedly Bitcoin’s inability to gain footing above $24,000 rather than the mundane unlocking of new tokens.