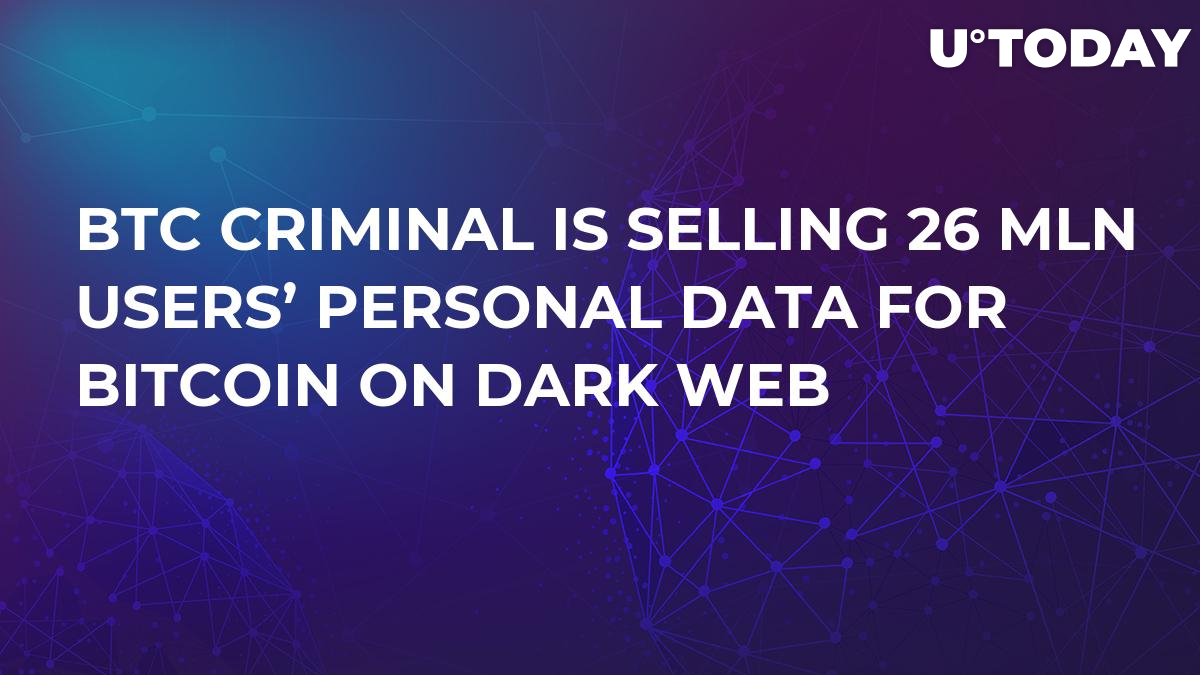 This is the fourth time the cyber criminal Gnosticplayers is selling stolen personal data on Dark Web, requiring Bitcoin in exchange. This personal data includes IP addresses, usernames, email address, passwords along with settings that users put up on each of the six platforms.

The companies whose customers are suffering from the hacker are from various lines of business – a game dev firm (GameSalad), a book shop from Brazil, an Indonesian e-commerce platform (Bukalapak) and even YouthManual.com, a company that helps students with job hunting.

The hacker has put up the details for sale on Dream – a popular trading platform on Dark Web. This is one of the numerous marketplaces that promptly appeared after the FBI closed down the famous Silk Road.

Prices for data of other companies’ users include 0.157 BTC (users of the Coubic firm), 0.2618 BTC (LifeBear user-data), 0.3407 BTC (Bukalapak users). The user-data of the latter exceeds in the amount the details stolen from customers of other companies.

Gnosticplayers also hit the YouthManual.com, the student career service, and is selling the data for 0.144 BTC.

A hacker of principle

This is the fourth successional round of Gnosticplayers stealing and selling personal user-data. In February s/he offered for sale personal details of more than 840 mln users.

Since February this year, the hacker has stolen customer data from 32 companies around the world, explaining it by low levels of security in those companies and saying that he gets upset that nobody seems to be interested in data security, as reported by zdnet.com.