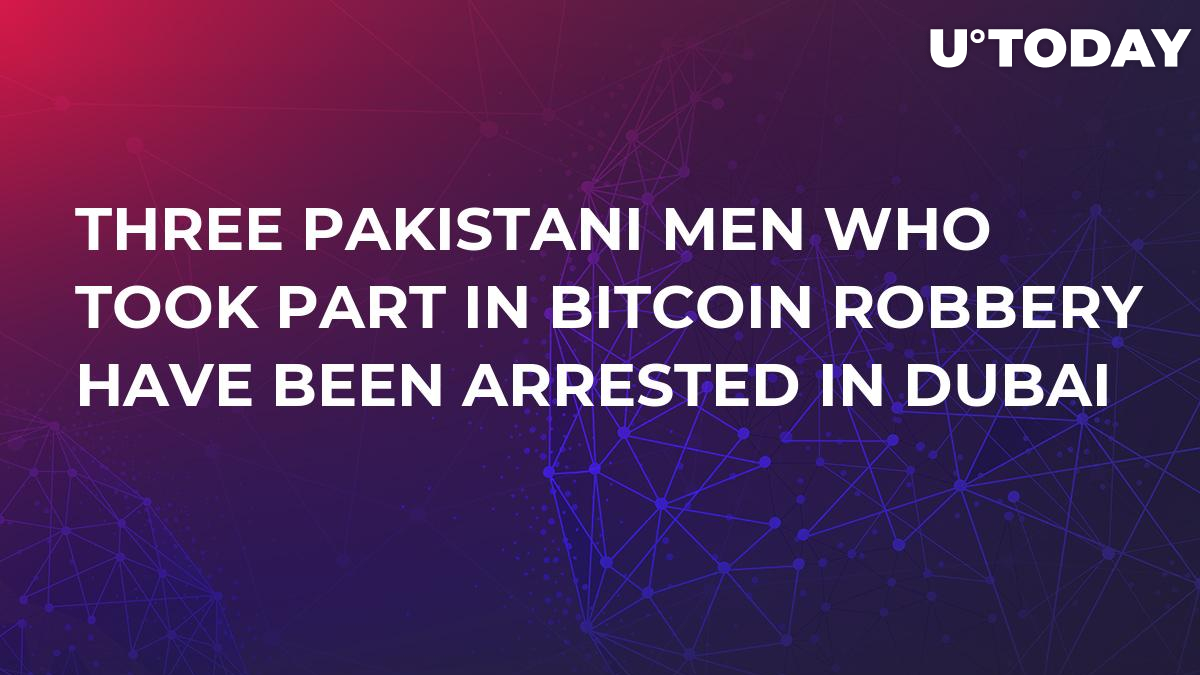 Each of the three Pakistani men who took part in the ‘Bitcoin robbery’ has been sentenced to one year in prison, The National reports. They will be deported from the UAE shortly after serving their term.

Last year, a group of bad actors lured four Chinese investors into their apartment in Al Rafaa, Dubai, with the help of a social media post that offered Bitcoin. They proved to the businessmen that they indeed owned Bitcoin. In the interim, a gang, whose members impersonated police officers, raided the apartment and tied up the clients while stealing AED800,000 ($217,796) along with the victims’ phones.

The Dubai police, who were able to identify the criminals by the number plate of their car, managed to track down those who took part in the robbery. Eight defendants from Pakistan, India, and Bangladesh were initially charged by prosecutors. However, only three Pakistani men, all aged 38, eventually received jail time. The other suspects have been acquitted since there was no sufficient evidence.

A gruesome side of crypto

Another similar crime occurred in the Al Muraqqabat area of Dubai back in April 2018. A 10-member gang stole AED7 mln (about $1.9 mln). While gang members were ‘inspecting’ their office, they laid an ambush for two brothers.

Last week, a trio of fake police officers tortured a cryptocurrency trader in Denmark (in front of his 4-year-old daughter) in order to steal his crypto funds.