XRP Price Prediction: Will a Catch-Up to $0.5 Happen, or Is It Time to Sell Your XRP Reserves Right Now?

Vera Yurina
?️?Ripple price predictions from Twitter. Will there be an epic failure or explosive growth? Find out why traders sell their XRP reserves 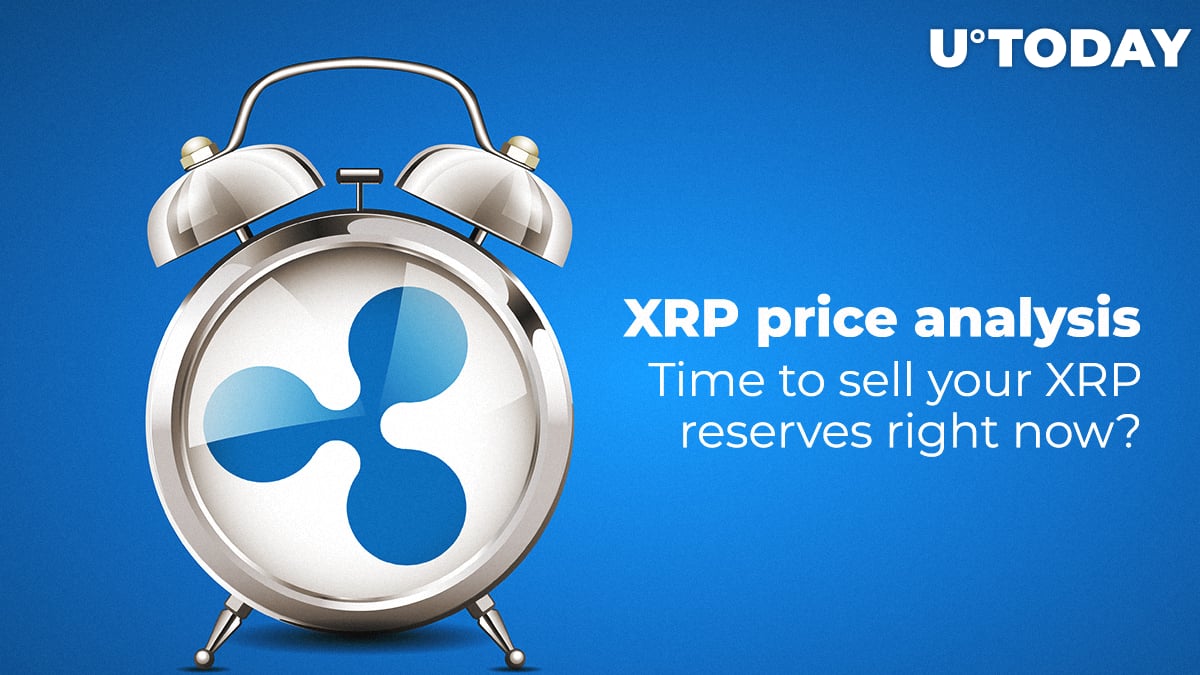 The outcast of all cryptocurrencies, Ripple continues disappointing investors. XRP fans are losing hope in the crypto asset with one of the highest potentials to realize. So, is it time to sell off, or do we need to wait for some time? Let’s read XRP price predictions from Twitter to see what expert traders and amateurs think about it.

Is it all a trick?

The wave of hatred and massive sellout was sparked by this tweet:

Warning to all $XRP holders.

Ripple CTO @JoelKatz recently selling his $XRP stack is the biggest warning sign one could ever get. This is the most bearish sign for $XRP I have ever witnessed since beginning of '17.https://t.co/aHqeaLbxv8

I recommend everyone to get OUT NOW

How come one of XRP’s holders decided to get rid of his crypto reserves? That seems to be too bad for XRP then. But what if it’s a trick used for pure market speculation? We all know that XRP is created for banks, not individual holders. Thanks to a massive selloff, Ripple might be reaching some certain purposes and manipulate the price movements.

Some are sure it’s some kind of a hint:

I believe @JoelKatz sold some XRP (to show capitulation) to secretly tell the XRP community that the BULL RUN is coming!! Great play sir ? Something BIG to come in May!!#XRPCommunity #XRPTheStandard

Indeed, the mood of XRP fans is worse than ever:

$XRP continues to look awful; trading this is akin to blindly throwing a dart at the wall imo
Have to question whether it has any life left at all, honestly-seems entirely like dumping on new money
Has already given back nearly all of April 2 pump
Here comes the XRP fan hate... pic.twitter.com/wT6oEAeISm

But what if that’s a test, and the most patient XRP holders will win?

It is interesting to note that the XRP/BTC ratio is growing. While its USD value is falling, XRP holds the grip on other positions:

Not all investors rush to sell their XRP reserves. There’s always “What if...”

So, can Ripple’s XRP break the vicious circle and leave the rows of losers?

Despite everything, some XRP supporters still believe it will resume moving up:

XRP - weekly: most of the indicators are on the verge of turning bullish, but not yet; overhead resistance also with the moving average and the PSAR. I expect a short term correction before the uptrend resumes pic.twitter.com/shWdkrLjrX

Here are a few technicals to make it clearer:

I WANT TO SEE AN INFLEXION INSIDE THIS LARGE BOTTOM/CONSOLIDATION FOR #XRP - WATCH OUT - KEY MOMENT IS BEING PLAYED HERE!#BTC pic.twitter.com/rd010Y76gH

XRP should finally break resistance for us to start believing in it again:

Some traders are sure that sooner or later XRP will reach a major breakout, and it must be epic:

#XRP has withstood selling pressure for 6 months now, but has held firm bouncing off support EVERY TIME! Each failed attempt at breaking support results in that coil spring getting tighter. If this continues, the propulsion is going to be greater than that of a sonic boom. ?? pic.twitter.com/Z4HM4O8nnA

#XRP is currently at support and if it bounces up we can see a massive pump of over 100%!

Everyone trading it should be watching it very closely because if it breaks below the line, that is an easy SHORT signal, and a bigger dip would commence!

Keep an eye out for that! ?? pic.twitter.com/JXqqRxRtbx

Out of all cryptocurrencies, Ripple is the latest one to keep intriguing us. While traders are sitting at the edge of their seats, ready to lose patience and sell their XRP reserves, the market is preparing for something special. Will it be an epic failure or a major breakout? Time will show.