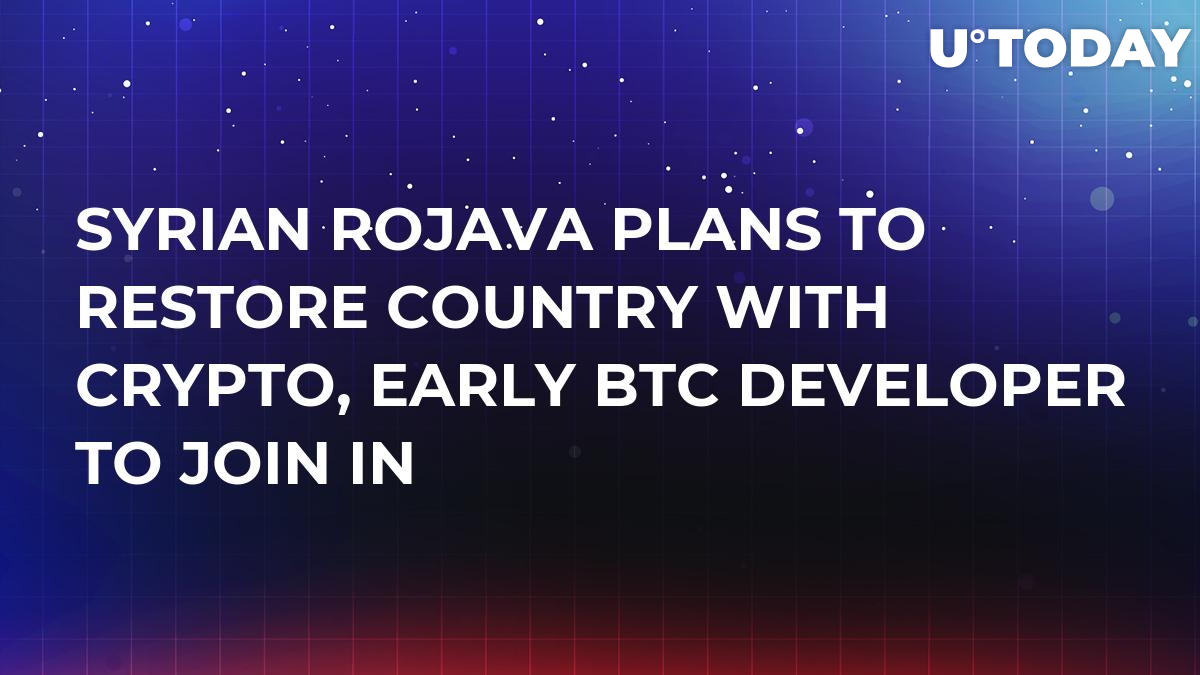 Over the last six years Rojava, located in the north of the country and also called the Democratic Federation of Syria, has been involved in the civil war since 2011.

Currently, it is being sanctioned by numerous countries – Iraq, Syria, Iran and Turkey. Pushed forward by the current and future lack of stability and uncertainty, Rojava is looking in the direction of implementing crypto to restore its financial stability.

Since at present lira is the official currency of the region, which is also the major settlement option of their enemy – the Syria state, the Federation believes crypto could help the country as an alternative.

Rojava intends to implement tech academies where students would study cryptography and virtual coins. This is expected to be achieved with the assistance of Amir Taaki – a developer of Bitcoin-based open-source projects, born in London and noticed by Forbes.

Currently, Taaki is busy founding a tech academy in Spain.

Related
The Case for a Bullish Q4 Across the Cryptocurrency Markets

Presently, the economy of the country works on paper currency. This means that securing trades requires a great deal of cash.

Besides, economic sanctions imposed by countries located next door to North Syria have created conditions for high prices of cash transactions out of the country. An average fee is ten percent. Taaki hopes to reduce this figure to two percent with crypto.

Related
On Connecting Users and Devs And On Tapeworms: Opinion

As per Taaki, the first step planned is to ensure there are enough Bitcoins in the local currency exchange points and that locals have electronic crypto wallets to store their coins, with the support of the local languages. He also intends to include Lightning Network into the new infrastructure.

Another step will be to reduce the Internet dependence and find a way to transfer crypto over the radio connection. As an option, he is eyeing paper money pegged to virtual assets.