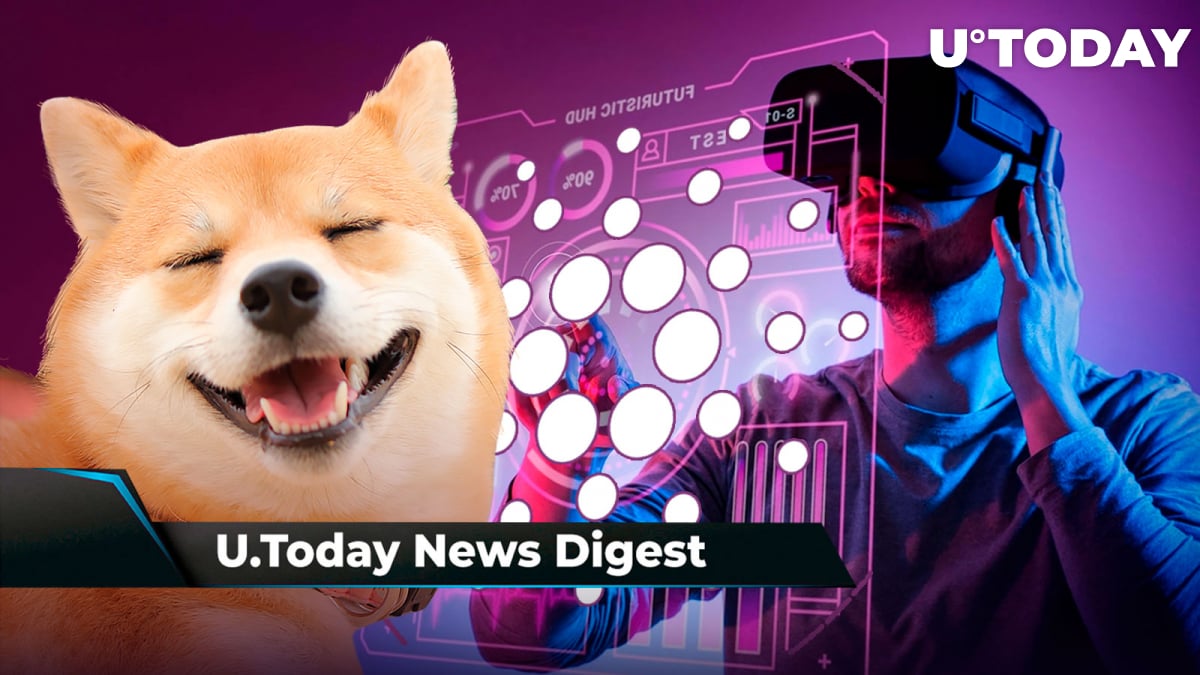 Ripple has released a three-page response to the SEC's submission of proposed redactions to the SEC's letter opposing Movants' motion to file an amicus brief regarding one of the SEC's experts. Ripple defendants had no objections to the SEC's decision to seal several exhibits in their entirety, including those containing identifying information about the expert. However, the company feels that the SEC “has not satisfied the standards in sealing off the documents.” Additionally, "the SEC has requested redactions of passages that demonstrate the weakness of the expert's analysis." These passages do not pose any safety risk but seem to target information that would reflect weakness in the SEC's case. In the meantime, the XRP community continues to keep its fingers crossed regarding the Hinman email issue.

Cardano’s flagship play-to-earn product, Cardalonia, unlocks new passive income opportunities for its enthusiasts. Cardalonia (LONIA) launched a crypto staking vault, which allows its clients to not only enjoy periodic rewards, but it also unlocks the premium perks of the Cardalonia ecosystem. LONIA stakers can get access to limited presale land tickets, governance in Cardalonia’s DAO and compounded monthly rewards. Per the Cardalonia team’s estimations, users can enjoy up to 20-25% in annualized yield on their LONIA stakes. Cardalonia also shared the details of its updated roadmap for Q3-Q4, 2022. Namely, by the end of this year, the protocol is going to unveil its NFT clan with “playable avatars.” These fictional characters will be integrated into the gameplay of the Cardalonia world.

According to data provided by @shibburn, over the period of June 14-15, a total of 315.7 million Shiba Inu tokens were sent to dead-end wallets by the SHIB Army. On June 15, various burn projects transferred 75.7 million coins, taking 11 transactions to lock that many SHIB. On June 14, the amount of SHIB burned over 24 hours constituted more than a quarter of a billion—239.5 million Shiba Inu. Meanwhile, WhaleStats on-chain data platform reported that SHIB has surpassed FTX Token (FTT) on the list of ETH whales' top 10 holdings, moving to third place and pushing FTT to fourth. However, along with this, the total amount of SHIB held by these whales has dropped slightly below $400 million, reaching a negative milestone. Despite FTT sort of losing popularity with whales, the owner of the "BlueWhale0079" wallet has purchased 250,000 FTX worth $6,112,500.

Peter Schiff, CEO of Euro Pacific Capital, has once again boasted about his predicting abilities, stating that he almost got it right forecasting the levels Bitcoin and Ether hit on their way down. In his recent tweet, Schiff wrote that Bitcoin and Ethereum had come very close to the levels that he predicted for them earlier—$20,000 for BTC and $1,000 for ETH. The Bitcoin critic admitted, however, that he did not hit the bullseye, as Bitcoin was $80 away from the predicted $20,000 level, and Ethereum was $20 away from $1,000. Schiff believes the two largest cryptos have not reached the bottom yet, adding that their real crash will happen when coins reach the $20,000 and $1,000 levels and leave them behind. Besides, the economist advised that investors had better sell their Bitcoin holdings now in order to buy them back cheaper later on.