Cryptocurrency Exchanges and the Scourge of Inflated Trading Volume

Darryn Pollock
Inflating trading volumes on exchanges is a new scourge in the cryptocurrency space that comes with lots of dangers for both investors, as well as entire ecosystem 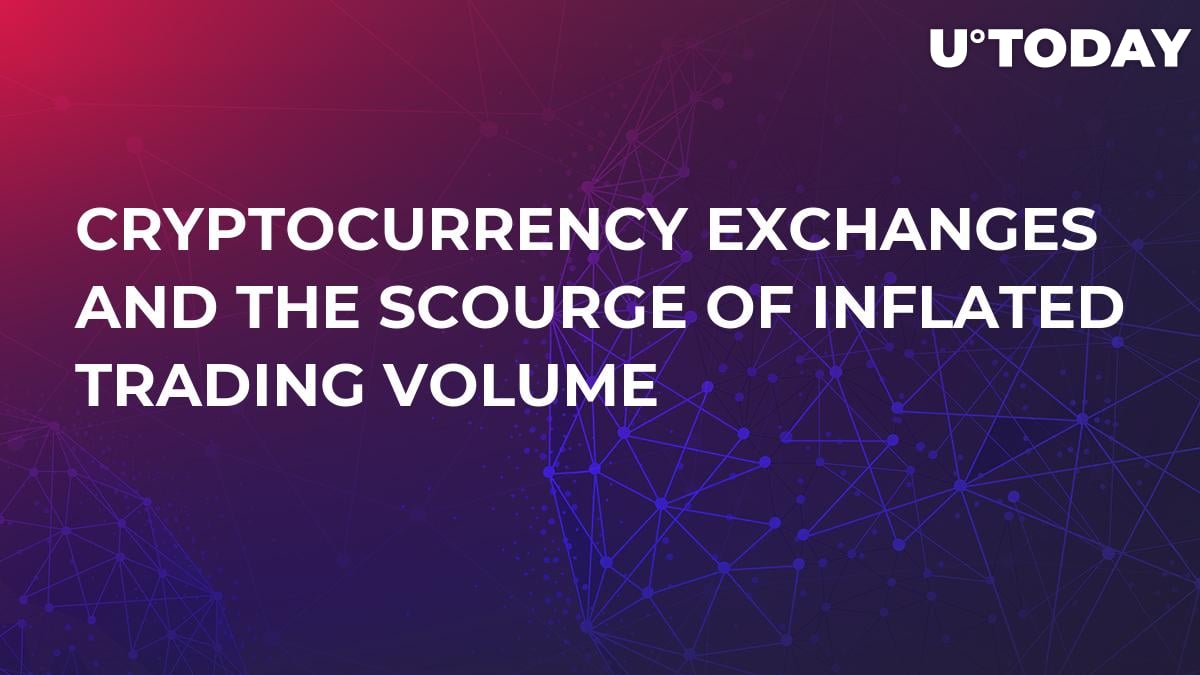 Cryptocurrency exchanges are often in the firing line when it comes to scams and hacks. They are the biggest point of entry for users wanting to be involved in the likes of Bitcoin and others, but because of this new space, they are still highly unregulated and a lot of suspicious activity can take place.

One such suspicious activity that is catching headlines currently is the notion of inflated trading volumes. Reports have come out in the past few months that have shown that the majority of exchanges are allowing trading volumes to be highly inflated.

This is problematic for many reasons. It is, of course, a dubious and untruthful practice, and one that will be damaging the reputation of a fledgling market that is trying to find its space as a legitimate one. It is also an issue for traders using these exchanges as the information they are getting is fabricated.

An over the top example

In the cutthroat world of cryptocurrency markets, exchanges are big business, but only successful ones which can draw lots of traders and users. It is to this end that  Singapore-based platform BitForex has raised many eyebrows.

This kind of growth is hard to be believed as organic, and especially with there being a couple of well-known methods in which cryptocurrency exchanges are pumping up their numbers for volume.

Exchanges can offer incentives that encourage users to inflate volumes, or they can simply turn a blind eye to abuses on their platforms. There are also instances of wash trading- in which a trader, or a team of traders, buy and sell the same asset repeatedly to inflate market activity- which will help put on a false volume, not to mention a transaction mining model. The essence of this mining model consists of issuing tokens that correspond to the amount of trading fees paid by a user.

Trading has surged on BitForex because of the exchange’s transaction mining model, Garrett Jin, vice president at BitForex, admitted.

Transaction mining is a controversial practice. On BitForex, users earn the equivalent of $1.20 in digital tokens issued by the exchange for every $1 they pay in transaction fees. It’s a system that critics say is tailor-made to encourage wash trading

The dangers of this practice

Of course, for individuals looking for exchange services, trading volume is supposed to be a metric of a successful, liquid and booming exchange. The issue is, should an individual try and cash out on an exchange with inflated numbers, it may turn out far more difficult than envisaged.

Secondly, with the cryptocurrency space still being viewed as a Wild West place in terms of low or inadequate regulation, integrity is brought down even more with reports of such practices.

“Some exchanges will say ‘everyone’s doing it, so I’m doing it,’” said Neil Woodfine, a former crypto exchange executive. “New traders will get feedback very quickly from engaging with the market on trades not executing at the price they want.”

There have been recent probes by major regulators, especially in the US, to try and fight against these, and other, dodgy practices. In May the US Justice Department opened a criminal probe into suspected illegal practices in crypto markets, including wash trades.

Then recently, the New York Attorney General said there is massive concern about the market manipulation that occurs in the cryptocurrency space. This fight back is what is needed, but it becomes a bit of a chicken and egg scenario as what should come first, regulators stamping this out, or the cryptocurrency space itself not partaking in such activities?