BitForex's Trading Volume Suddenly Skyrockets, But Is This Surge Organic? 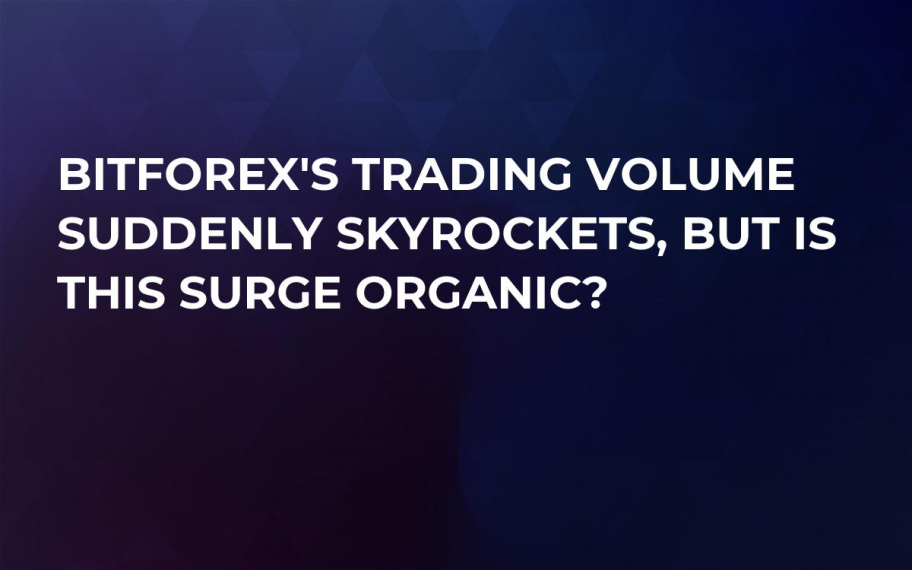 BitForex, a relatively young Chinese cryptocurrency exchange, has recently experienced an unprecedented increase in trading volume up to $14 bln (currently sitting at $5.1 bln). However, this sudden spike is certainly attributed to the adoption of trans-fee mining, which becomes increasingly popular with small exchanges that want to artificially inflate their stats.

The Singapore-based exchange was launched only in February 2017 but has already elbowed out all heavyweight competitors like Binance, Huobi and so on. This sudden (but a very short-lasting) increase in its trading volume is inextricably connected to the release of their BF token which immediately started being actively traded on BitForex generating huge numbers. The emission will reach 10 bln tokens while BF token holders will get 80 percent of the trading fees.

What’s the deal with trans-fee mining?

While it is common for many reputable exchanges to release own tokens, BitForex (along with similar “literally who” exchanges) takes the matter a bit further by adopting the aforementioned trans-fee mining model. The essence of this mining model consists of issuing tokens that correspond to the amount of trading fees paid by a user. Hence, it allows the exchange to significantly increase its trading volume in no time and gain recognition (BitForex is currently the number one exchange on the CoinMarketCap list).

Due to the fact that the crypto industry still pretty much remains the Wild West with practically no regulations, non-reputable exchanges can take advantage of this to boost their number and attract naïve investors. Wash trading is strictly prohibited on any regulated market.