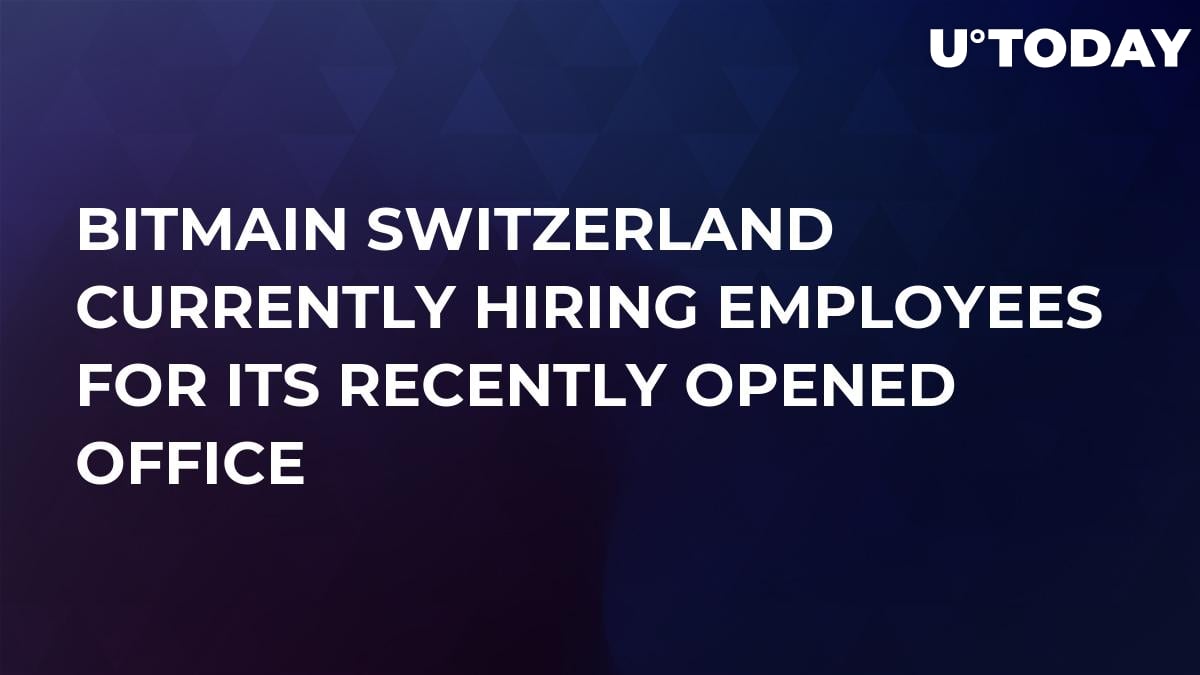 Bitmain Technologies, the biggest producer of ASIC mining chips in the world, chooses Switzerland as a stepping stone for its expansion into Europe. A local media outlet Swissinfo reports that the mining giant is currently recruiting new employees for its recently opened office in Switzerland.

Back in January, Bitmain already chose Switzerland’s Crypto Valley as a hub for its operation in Europe following the crackdown on cryptocurrency mining in China. Bitmain Switzerland’s Bernhard Müller explains that Switzerland is known for its burgeoning Blockchain sector and crypto-friendly regulations. For instance, the country’s economics minister used the term “Crypto Nation” to describe the constantly expanding Crypto Valley.

Müller adds that they will assist new crypto projects in receiving investments, which would help to strengthen the fintech industry in Switzerland. Hence, promising startups won’t have an incentive to move to Silicon Valley.

The Beijing-based crypto giant has also launched its own decentralized exchange DEx.top, and it will encourage all European crypto-oriented enterprises to list their to list their tokens on this platform. Every token will be properly audited before being added to the exchange. According to Müller, the European market, which is wont to have the highest ratio of quality ICOs, needs a proper professional exchange. Subsequently, more companies would be encouraged to issue their own tokens.

No concerns over Bitmain’s monopoly

While Bitmain remains a fairly controversial company due to its near-monopoly status and the recent IPO shenanigans, Müller assures that the company didn’t hit any roadblocks during its expansion to Switzerland, receiving a “warm welcome” from both Crypto Valley and federal authorities. The biggest crypto company in the world is also cooperating with the University of Zurich to further develop Blockchain ecosystem in the country.

So far, Bitmain’s representative didn’t provide any comments on how the upcoming IPO is going to affect its European expansion.