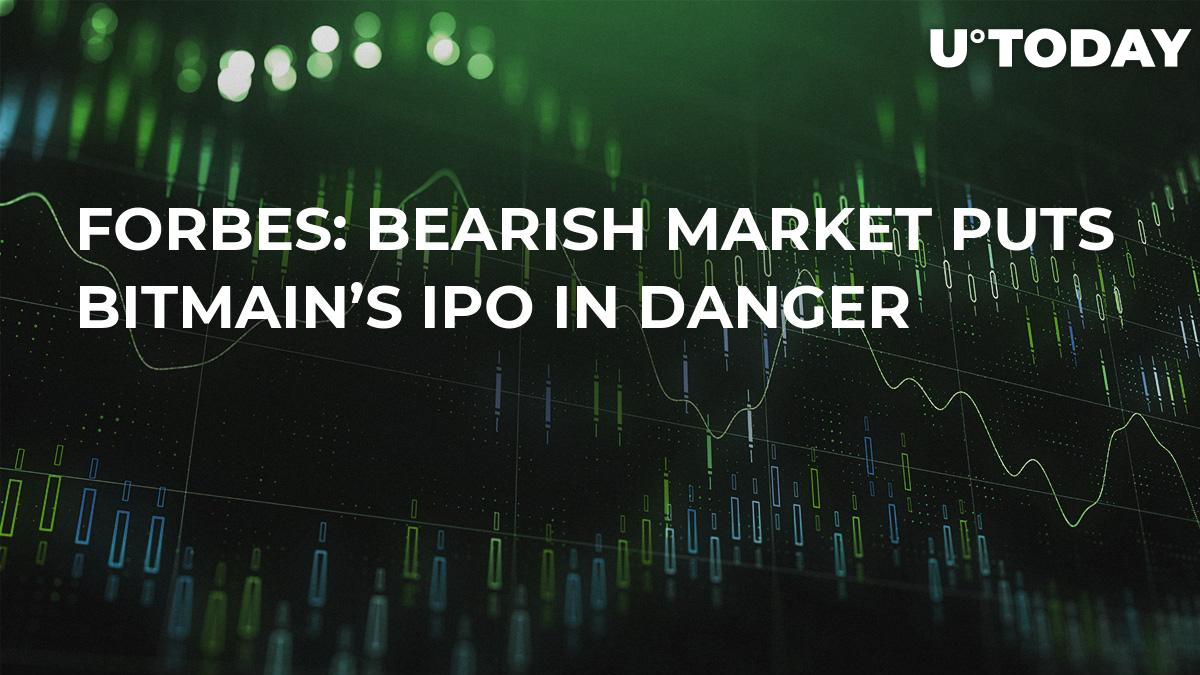 Bitmain’s much-anticipated IPO might be called into question if the current bearish market sentiment worsens, a recently published Forbes report states. This, combined with the rising competition in the mining industry and a huge emphasis on Bitcoin Cash, fuels speculators about Bitmain’s downfall.

From sky-high predictions to controversies connected to the list of pre-IPO investors– the upcoming IPO of the largest ASIC chip manufacturer in the world has been on everyone’s lips for months. However, the listing on the Hong Kong exchange, which was initially predicted to bring the mining titan as many as $3 bln, may hit a snag a snag during the continuous market downfall. For starters, Bitcoin is now worth only $6,400, plunging by nearly 20 percent after the Goldman’s snub. Before that, the crypto flagship experienced another major blow with SEC rejecting a slew of Bitcoin ETF.

Bitmain is too dependent on Bitcoin

Because of the plunging demand for crypto GPUs, Nvidia was forced out of this business niche, cutting ties with the crypto industry. As of now, Bitmain can remain unbothered with an unprecedented monopoly as its Antminer chips control about 85 percent of the market. However, unlike Nvidia which can closely switch to its gaming sector, Bitmain doesn’t have that much of a choice.

As U.Today has reported recently, Chinese mining giants are targeting billions of dollars during the upcoming ICO, but their success may be extremely front-loaded. This industry solely depends on the price of Bitcoin. If Bitcoin fails, these billion dollar industries will see the same fate. While Bitcoin price and its mining difficulty increases, investors might be not that enthusiastic about their money into Bitmain, the biggest crypto-oriented company in the world.

Beyond the Bitcoin turmoil

Remarkably, the market bears might not be Bitmain’s biggest concern. As it has been covered earlier, Bitmain’s main rivals in the likes of Canaan Inc. are swiftly catching up with the mining industry leader. Hence, the mining chips produced by Bitmain are losing their competitive advantage.

Another important factor which could shoo away investors is that Bitmain puts too much emphasis on Bitcoin Cash (BCH). BCH price has been falling more rapidly compared to Bitcoin. On top of that, its hash rate is constantly dwindling, which essentially puts it at risk of double spending.