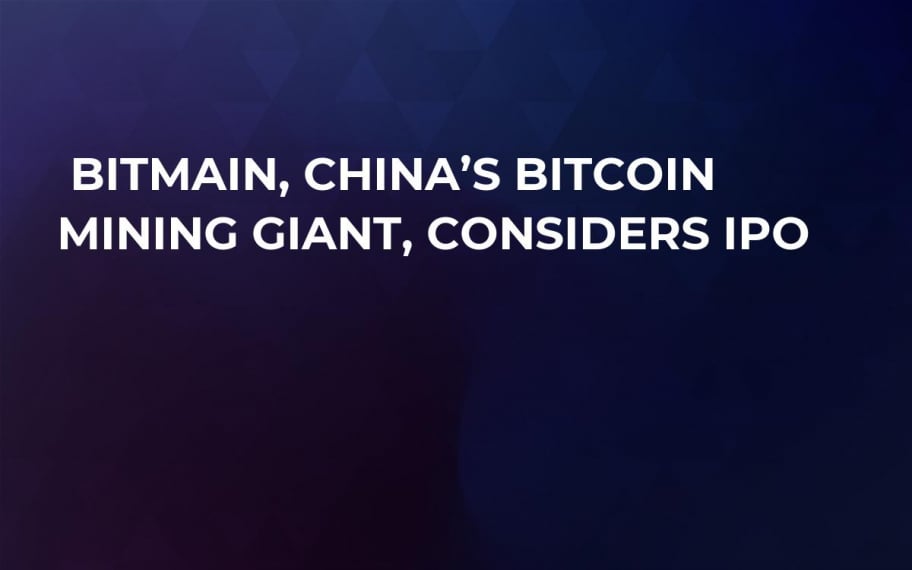 Bitmain, the cryptocurrency mining giant, may launch an initial public offering (IPO) soon, according to reports by Bloomberg.

“I’m open to a listing in Hong Kong -- or in an overseas market with U.S. dollar-denominated shares – because it would give early investors including Sequoia Capital and IDG Capital a chance to cash out.”

Wu said he believes the China-based firm, which dominates 80 percent of the manufacturing market of ASIC mining devices, is worth $12 bln, or 25 percent more than the company’s market valuation of $8.8 bln.

Bitmain owns two of the largest mining pools in the world, Antpool and BTC.com, which make up nearly 50 percent of the Bitcoin mining power.

The mining company also owns Hashnest – a “cloud mining” service which allows anyone to rent mining hardware from Bitmain, similar to renting storage from Dropbox or server-space from Amazon. These rented miners are maintained and operated by Bitmain on behalf of the renters and mine as part of Antpool.

With competitors like publicly traded Nvidia Corp,  MediaTek and GMO’s recent foray into cryptomining, a Bitmain IPO would not be unwarranted.

Canaan Creative, a competitor of Bitmain, which accounts for roughly 15 percent of the ASIC market, has already filed for IPO and expected to raise $1 bln in the upcoming year.