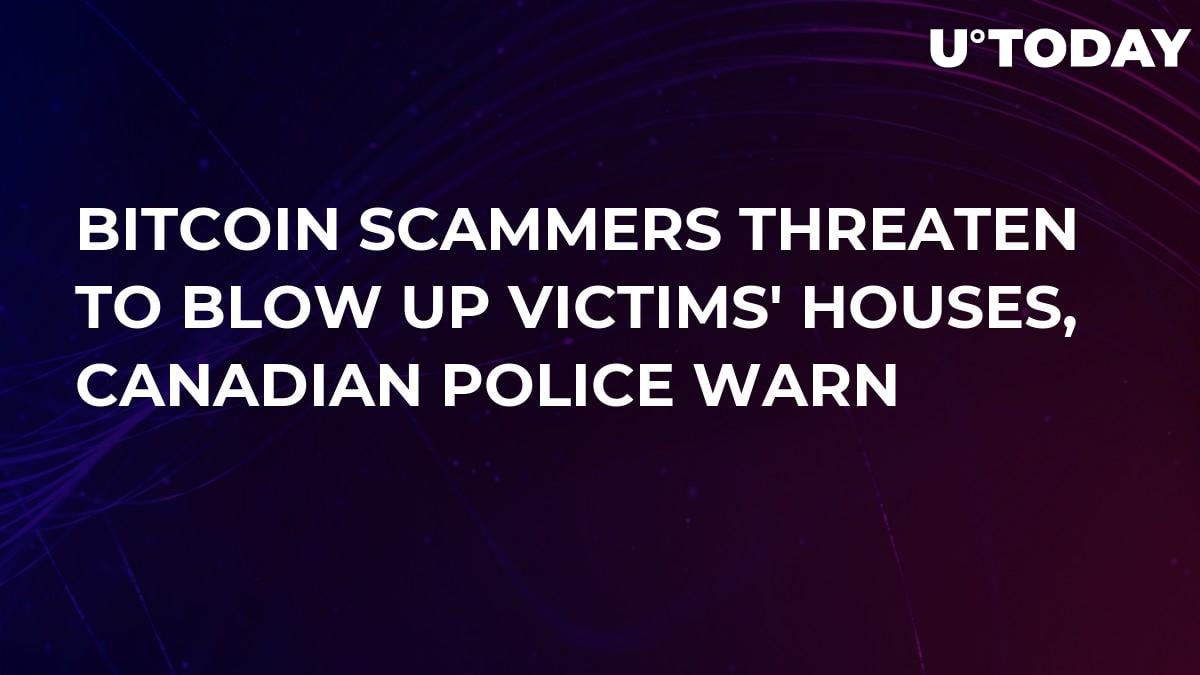 No one wants to wake up to a message about explosives being placed around his or her house. However, this appears to be a terrible reality for a resident of Seaforth (Southern Ontario, Canada) who received such a threat a few days earlier.

“48 hrs ago we placed 3 pocket sized explosive devices around you in three different places, to say alive go to the link," the email read.

The letter was addressed to her husband, which made it look convincing. However, after contacting the Ontario Provincial Police (OPP), it turned out that the baleful e-mail was just a scam.

The OPP warns that such ransomers simply wanted to catch victims off-guard and make them send the required amount of money. This type of fraud is not new. However, as of recently, scammers prefer to request payments in Bitcoin, which makes it very hard to track the recipients of ill-gotten money.

Bitcoin ransoms come in all shapes and forms. As reported by U.Today, there is powerful cryptocurrency ransomware that is capable of permanently encrypting your computer.

The Canadian Anti-Fraud Centre (CAFC) urges potential victims not to send money to ransomers (especially the ones who want to paid with the help of gift cards or Bitcoin).