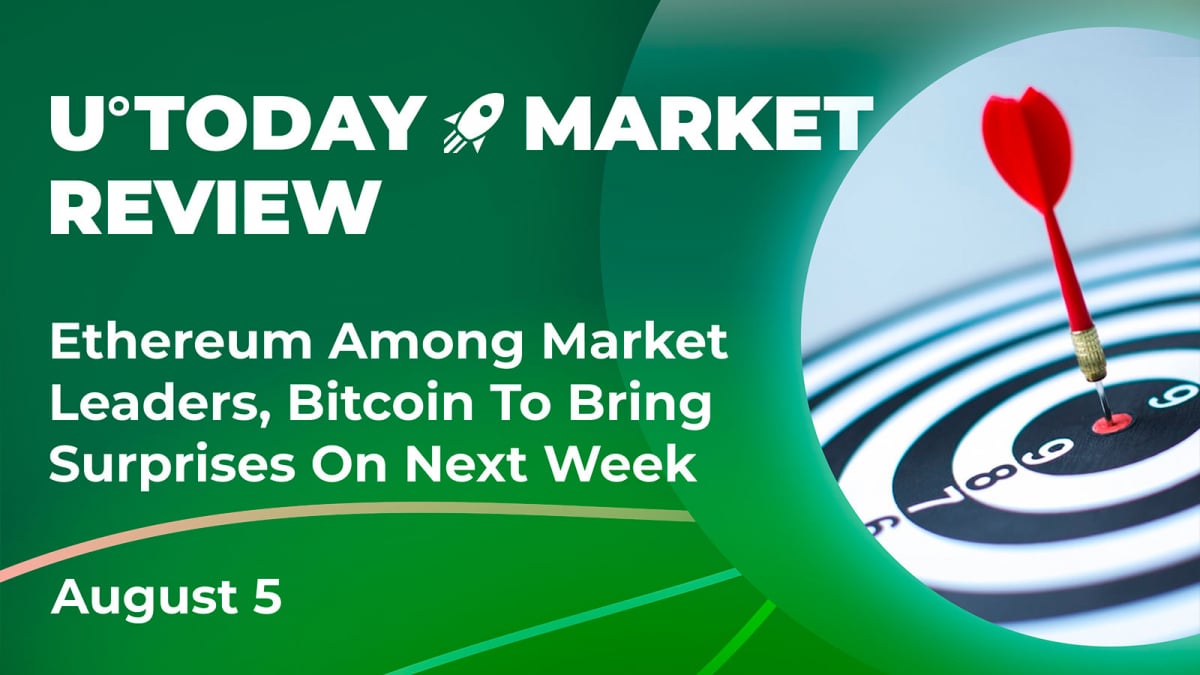 By week's end, the cryptocurrency market returned to green values, and the prices of the biggest assets on the market have shown a positive dynamic with even greater potential next week.

Following the release of Arthur Hayes's Medium article, where the creator of Bitmex derivatives trading platform predicted Ethereum to hit $5,000, the price of the second biggest cryptocurrency on the market reached the local high of $1,724 with around a 10% price increase in the last 24 hours.

Hayes offered different scenarios in which the price of Ether might reach new highs. The main reasons behind the new rally are the successful implementation of the Merge update and the reversal of the Fed's hawkishness.

The aforementioned reasons will most likely cause a rally for any kind of digital currency, considering the risky and volatile nature of this type of asset. The Fed's actions have directly affected the digital assets market. That took a tremendous hit after institutional investors started massively leaving the industry because of dropping demand for risk exposure.

This week's market was the real test for Bitcoin as the first cryptocurrency faced a seven-day streak of losses and returned below the $23,000 price threshold, which could have been a sign of an upcoming plunge. Luckily, Bitcoin bulls held through the spike in selling pressure and left BTC in a local uptrend.

This week, Coinbase announced a partnership with Blackrock and forged a deal to give access to crypto for the fund's clients, which will certainly attract millions if not billions of trading volume to the digital assets market.

Following the release of the news, Coinbase stock's value skyrocketed by almost 70%, which caused a trading halt because of abnormal volatility. Bitcoin and the cryptocurrency market ‌also benefited from the news, with the market seeing an elevated trading volume and buying power on Bitcoin and other cryptocurrencies.

Potential risk factor for the market

The only risk factor we can see now is the recovery of the U.S. dollar against the bracket of foreign currencies as the DXY index reached the local support level of the 50-day moving average.

The bounce of the U.S. dollar would not be good for assets like Bitcoin or Gold, as investors invest more into safer options rather than going with assets that denominate against USD when the U.S. currency is showing strength on the market.