BTC Price Will Be $8,200 but Traders Predict a ‘Falling Domino’ Pattern to Knock It Down 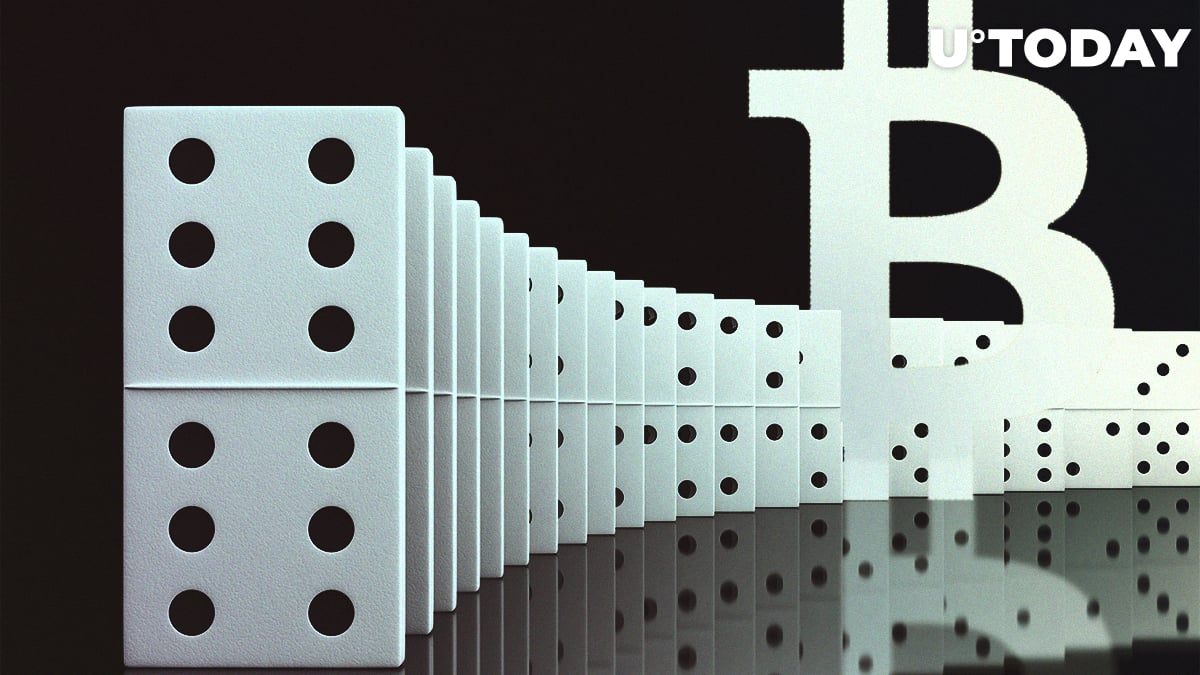 Seems like the arrival of bears has been delayed, but it cannot be cancelled at all. So, for how long will BTC continue growing, and what to expect from it in the nearest days? Check out what Twitter users think about it.

Optimistic traders shout about the new higher highs for BTC to be achieved in the nearest time. But it’s logical that Bitcoin should retrace for some time to accumulate more powers. So, when might it start falling back?

Not every parabolic move resolves right away. We could see a large dip, nice bounce up to a higher high, then further retrace

Showing 2017 BTC parabolic move for reference. This is what I call the 'Falling Domino' pattern pic.twitter.com/p0AMYQWAx9

Here’s how Kiana Shek, Co-founder of DigiFinex, comments upon the situation:

I see overhead resistance at 7.7. On a weekly chart the sharp v shape reversal from the December low looks a little unnatural. Would be cautious about buying here. Those who want to get long will probably get a much better entry if they're a little patient.

Still a few unresolved negative overheads in the market, and sentiment might change after consensus this week. Risk management is key, even if the market appears bullish!

Many traders claim that a $1,000 or even lower drop would be natural even if it seems to be dreadful. Here’s one suggestion about the possible bottom, and it actually seems to have a grain of truth in it:

Some suggestions for BTC’s bottom in case of a pullback are more moderate:

When could the bear run happen? Traders are sure that BTC should hold the $7,100 position. If it fails to sustain the current level, it will drop:

If #bitcoin breaks lower, this could be a potential bear flag pic.twitter.com/FYHqeVMcyv

Yet, before the dump happens, Bitcoin might reach a number of great heights again. A bearish flag won’t happen all of a sudden – most probably, we will see BTC climbing to $8,000 and a bit higher.

The most optimistic traders claim that BTC has made its first steps to the top of the mountain, and it will continue the endless growth:

$BTC - the first leg of the journey back up the Mountain to #BITCOIN $20K... pic.twitter.com/NAG0FLhS9w

$BTC #bitcoin "4-letter" Edition
- I SWEAR I've seen this pattern before
- hmm... maybe like around.. i don't know... 20k?
- 1hr and 2 day comparison for timeframes
- Price is fractal pic.twitter.com/bhnowJhIrJ

Some traders suppose that BTC needs to touch the new resistance to soar:

If we break this line we are in a bullmarket! ? $BTC #Bitcoin congrats to everyone! pic.twitter.com/u8F9U6VXmp

If you believe in BTC’s power, you can hold your reserves. If you’re an advanced trader, you have a chance to earn now. Here are a few trading recommendations for those who want to play shorts:

#BTC/USD ASIA ?#bitcoin bulls would favor a strong close above 7.4k to shore up the next leg in its run.

Dropping below 6.7k would be a cause for concern.$BTC pic.twitter.com/t4IWDq6eBg

With so much fuss around and an epic sell volume, BTC might make a retracement faster than we think. However, the momentum it has already gained is now driving it to the $8,000 mark. Will this level be reached? It’s more than likely now that bulls aren’t ready to give up.