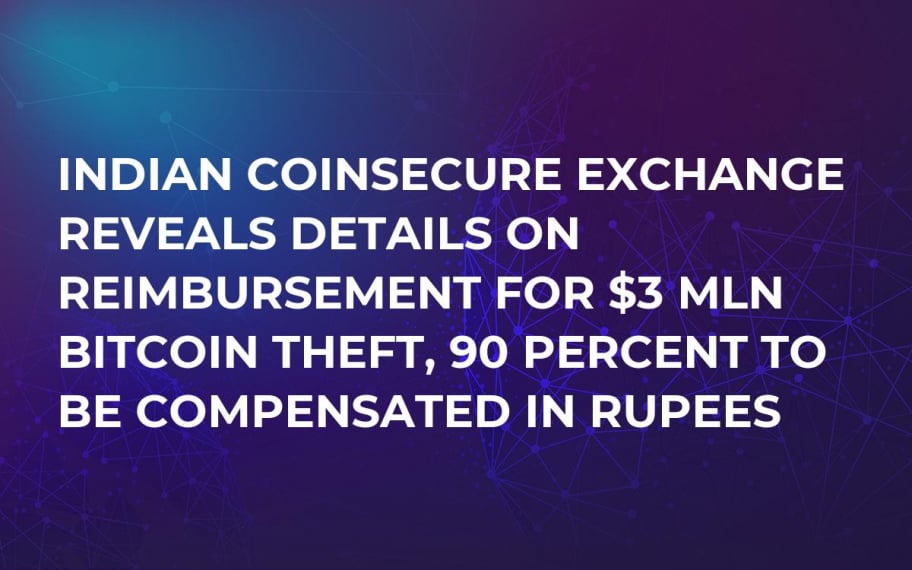 June 26, the Indian trading platform published the process of refunding the stolen money to the customers in rupees, the local fiat currency. The clients, who suffered in early April, had to sign a legal document saying that they absolve the exchange of any inefficiency in the future.

These agreements must be handed in the company’s office by June 30th, 2018. Thus, the platform’s customers have got barely five days to bring in their claims along with their identification documents.

Coinsecure did not publish the results of any investigation performed regarding the theft. The chief scientific officer of the company, who looked after the private keys to the storages where the stolen BTC were kept, claims it to be an inside job.

A few days after the theft the exchange offered a bounty of 10 percent of the stolen funds for any clues that might help to recover the cryptocurrency. When later promising to reimburse its customers, the Coinsecure reps stated that the company would return the whole BTC amount if it succeeds in finding it.

Should the search fail, only 10 percent of the lost capital would be given back in Bitcoin and the other 90 in Indian rupees.

The exchange promised to return the losses according to the Bitcoin rate relevant to the day the theft took place. Back then BTC was trading at around $6,850 per coin. Currently, the digital currency price is around $6,200.