Yuri Molchan
A Morgan Creek Digital co-founder explains why the ‘Bitcoin isn’t backed by anything’ statement is wrong and assumes the BTC price might retrace to $6,800 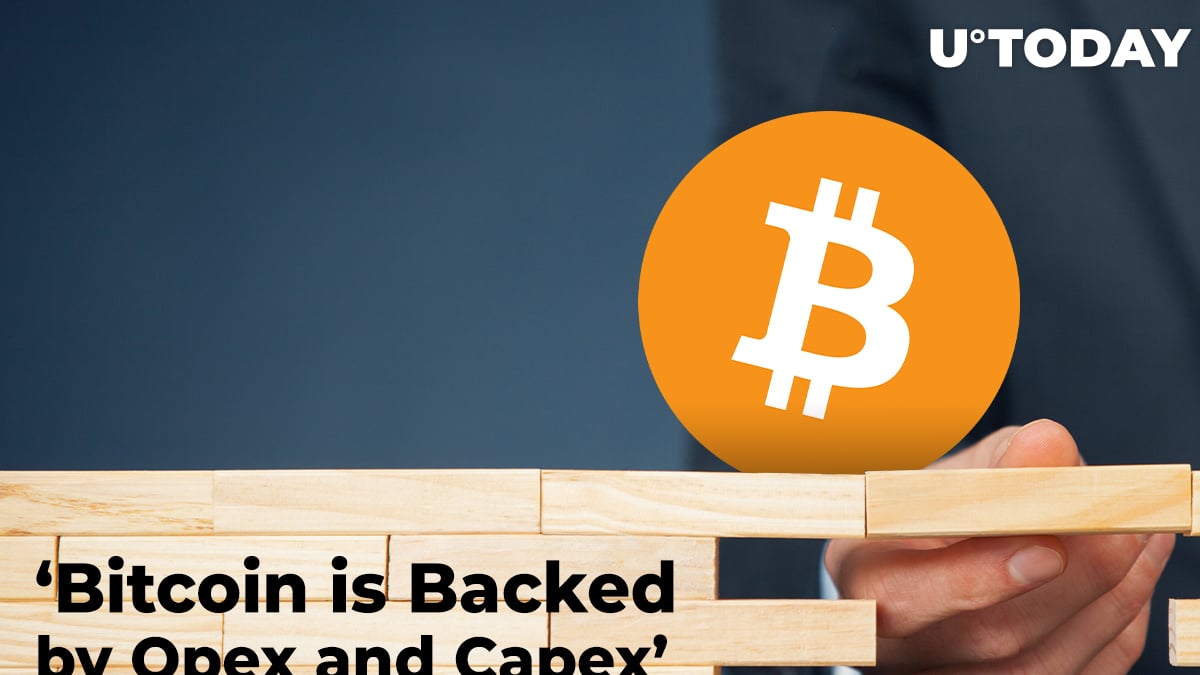 Jason A. Williams, a managing partner and co-founder of Morgan Creek Digital argues with the statement that ‘Bitcoin is not backed by anything’ and has shared his detailed take on this issue.

He also reminds the audience of the fact that since 2016, Bitcoin has surged seventy-eight times.

‘Bitcoin is backed by Opex and Capex’

In his recent tweet, Jason A. Williams has contradicted the opinion popular among crypto critics that Bitcoin is not backed by anything.

The co-founder of Morgan Creek Digital stated that the flagship cryptocurrency is backed by two particular things – operating expenditure and capital expenditure (Opex and Capex).

Williams says that the statement about Bitcoin being backed by nothing ‘isn’t intelligent or well thought out’.

“Hashing isn't free. PoW isn't free. Bitcoin is backed by Opex and Capex. Stop with the comment, "Bitcoin isn't backed by anything." It isn't intelligent or well thought out.”

In another tweet, Williams eyes an opportunity that in the near future Bitcoin may roll back significantly and return to $6,800.

He expects such a potential turn of events to be a good chance for investors to take advantage of.

“If Bitcoin actually drops to $6800, would you be ready to take advantage of that? Pro tip:  Stay ready so you don't have to get ready.”

At the time of writing, Bitcoin is trading in the $9,600 zone, has been for a while already after touching the $10,000 level briefly.

The community expects BTC to break the crucial resistance of $10,000 any time soon, fix above it and surge higher.